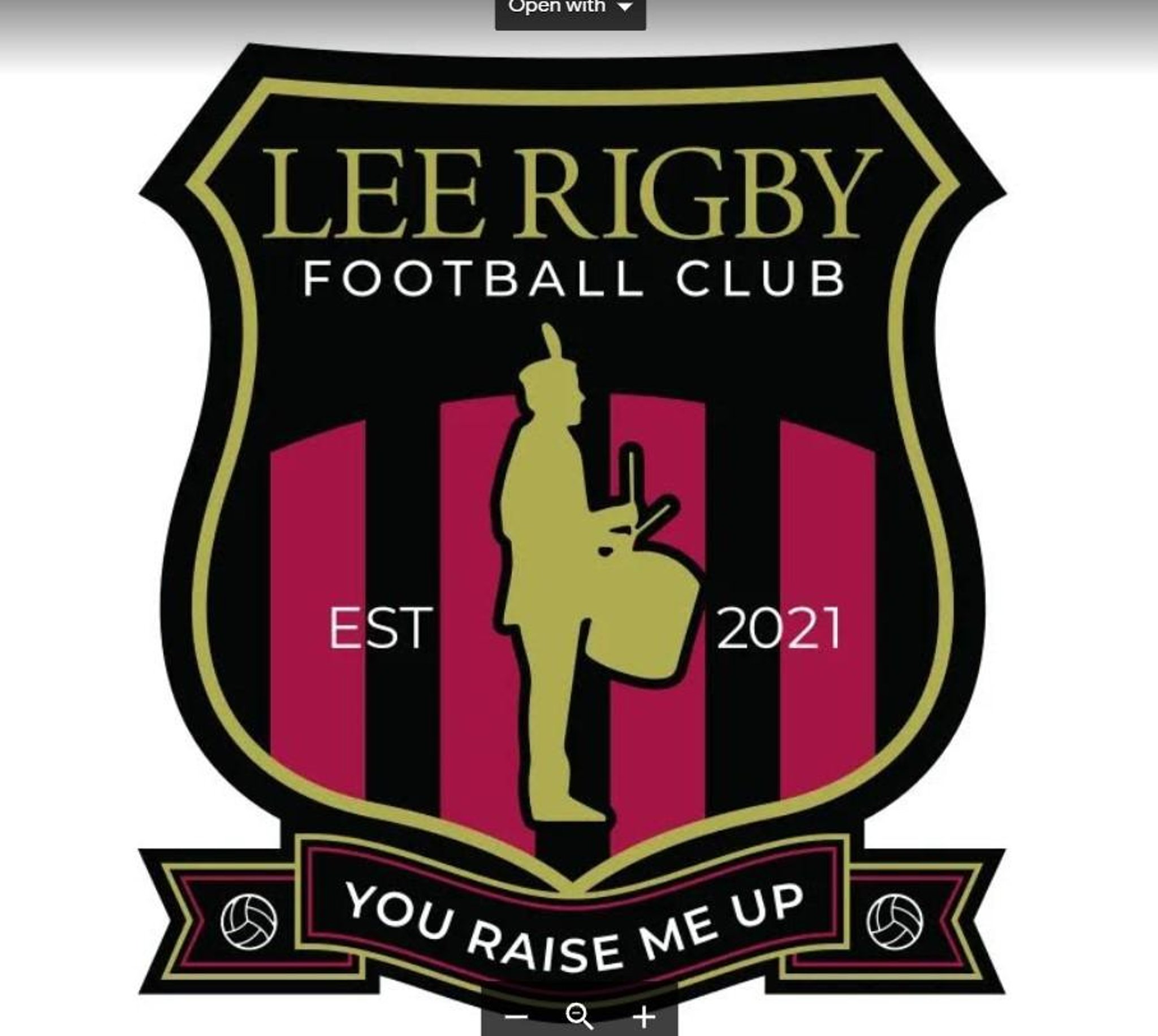 Lee Rigby Football Club, playing their last charity game in Blackpool this Saturday March 26, have a squad made up of serving and veteran servicemen who are coached by former Brentford player Robert Taylor.

With a unique football stripe based on the design of Lee Rigby’s impressive Fusilier uniform, complete with crimson shirts and white diagonal stripes, the team’s goal is to keep the lost soldier’s memory alive and help military personnel and serving veterans – and their families.

The club was started last year by Poulton lorry driver Dan Ferguson, who met Lee’s parents, Lyn and Ian, and was impressed with their dignity in the face of unimaginable grief, after Lee was attacked and killed on a street in Woolwich, London, on 22 May 2013.

Dan said: “Our goal is to play a series of charity matches across the country to raise funds for our VVV project which stands for Veterans Van’s Vacations and all funds raised will go towards the purchase of trailers for our serving military and veterans and their families. Take a break. “Our season is already full for this year and we have had over 280 clubs applying to play us.

“We have also entered into a partnership with one of the biggest companies in the country and in Blackpool, the Fox Group, who are our main sponsors. On Saturday, the team will play at AFC Blackpool’s Mechanics Stadium on Jepson Way, Marton, in a match against Hurt Plant Hire, from 3pm, and the match will be watched by Lee’s parents. : “Members of the public are welcome, admission is only two books.”

The project is separate from the Lee Rigby Foundation, the charity set up by Lyn and Ian to support bereaved families and veterans. For more information, visit the club’s Facebook page at Lee Rigby Football Club.