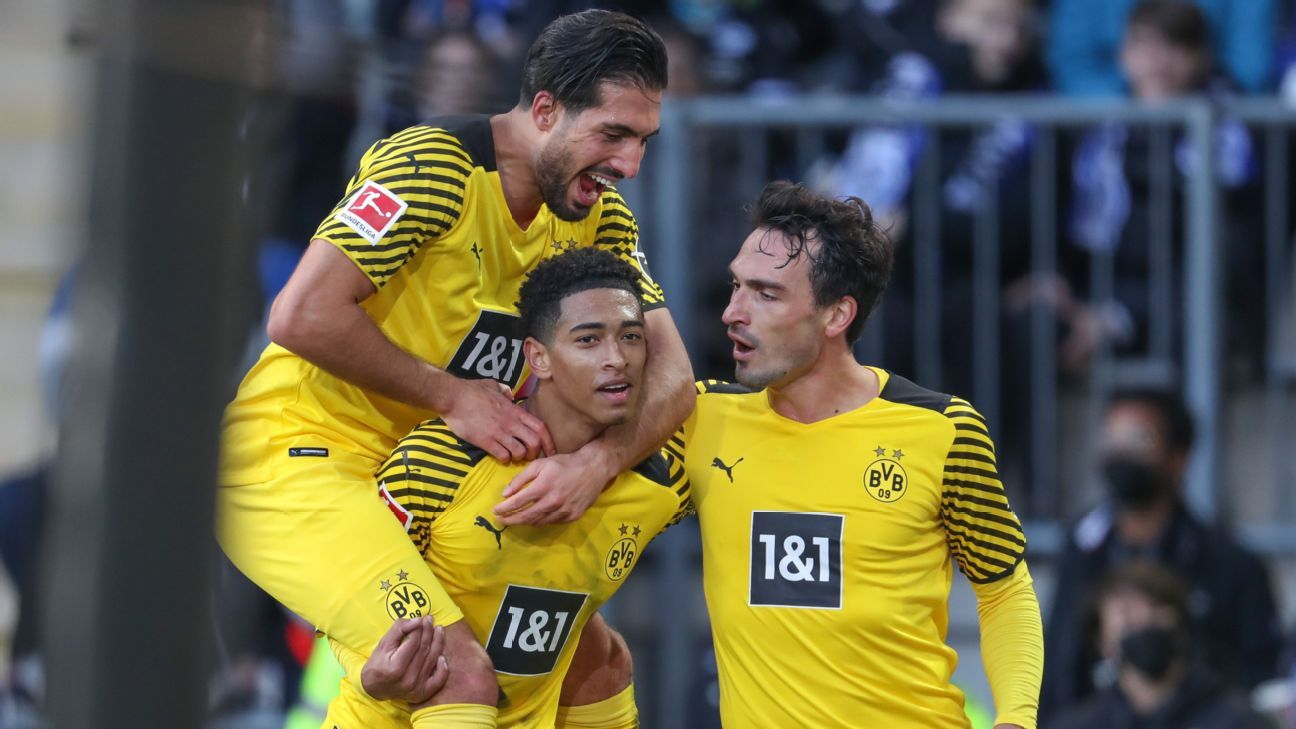 First-half goals from Emre Can and Mats Hummels and a sensational effort from Jude Bellingham led Borussia Dortmund to a comfortable 3-1 victory over Arminia Bielefeld on Saturday.

Playing without their best injured striker Erling Haaland, who will be sidelined for several weeks with a hip injury, Dortmund have never been troubled as they earned their seventh league win in nine matches. They remain in second place with 21 points, behind Bayern Munich who beat Hoffenheim 4-0.

After Ajax’s 4-0 demolition of Dortmund in midweek, the Ruhr Valley club were desperate to redeem themselves and had two first chances with Donyell Malen.

Bielefeld, however, got even closer when Janni Serra jumped on a mistake from defender Marin Pongracic, but he failed to beat Dortmund goalkeeper Gregor Kobel.

Dortmund opened the scoring with Can’s penalty in the 31st minute before doubling their lead on the halftime stroke with a stunning 20-yard volley from defender Hummels.

Bellingham secured the three points in the 73rd, dribbling three players inside the box and then crushing the ball beautifully on the keeper for a remarkable goal from the 18-year-old.

A late penalty from Fabian Klos reduced the hosts’ deficit but they remain in 17th place with five points.