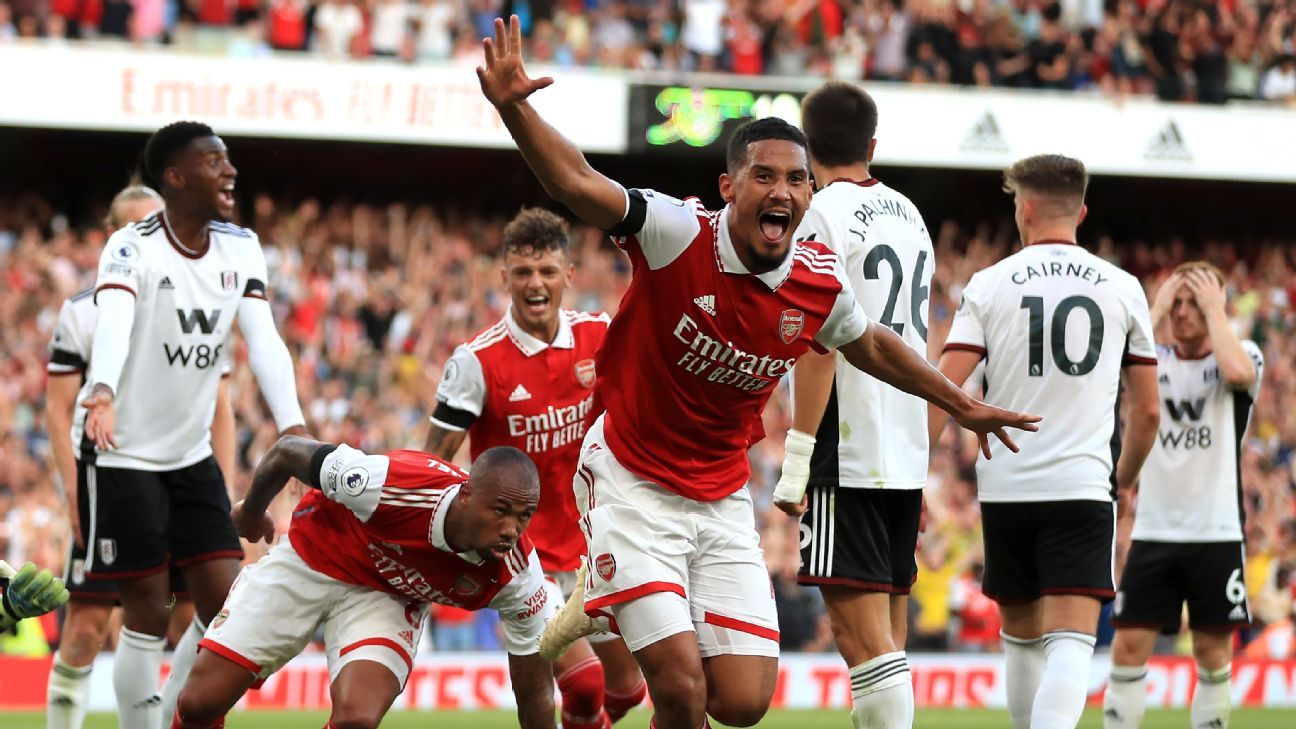 Arsenal continued their clean start to the Premier League on Saturday by coming from behind to claim a 2-1 win over Fulham at the Emirates Stadium in London.

The result marks the first time since Arsenal’s 2004-05 ‘Invincible’ season that the club have started the season with four straight league wins, leaving Mikel Arteta’s side two points clear at the top of the table.

Arsenal dominated the first half but it was striker Aleksandar Mitrovic who broke the deadlock as he continued his fine vein of form in front of goal, scoring his 100th goal for Fulham. The 27-year-old collected the ball from Arsenal defender Gabriel, who was trailing the ball at the edge of his own 18-yard box, and passed goalkeeper Aaron Ramsdale. The strike marks Mitrovic’s fourth league goal this season.

Arsenal were not to be denied, however, as Martin Odegaard fired back minutes later when he picked up a pass from Bukayo Saka on the edge of the box and struck in an effort that deflected goalkeeper Bernd Leno.

The hosts pushed for a winner and were rewarded just five minutes from when Gabriel pounced and pushed home after Leno failed to manage a moving corner.