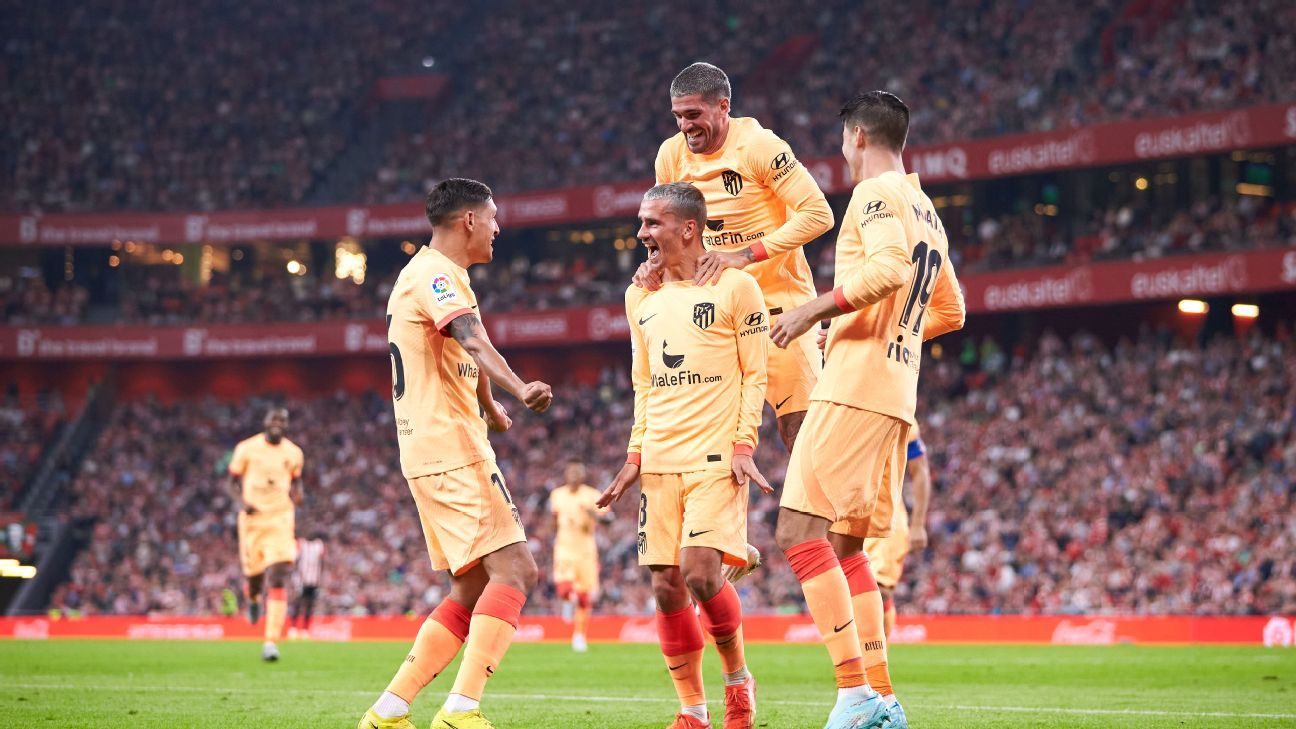 Antoine Griezmann struck early in the second half to earn Atletico Madrid a 1-0 victory at Athletic Bilbao, overtaking their opponents in third place in La Liga on Saturday.

After a first half of very few chances, Atletico took the lead through Griezmann in the 47th minute when the striker received a neat pass from Alvaro Morata and fired a low first shot past the keeper Unai Simon.

“The team did a great job. We ran, defended and attacked together, we did well today,” Griezmann said. “We also did it against Club Brugge, but hopefully today [the ball] entered, it was a great match for everyone, those who entered also because it is difficult to enter a match like that. It’s an incredible stadium, a great atmosphere, you suffer but when you win, it’s the best.”

Morata earlier thought he scored after 10 minutes only to have the referee ruled him out for a foul in the build-up after a VAR review, with the Spanish forward scoring from a tight angle.

On Morata’s disallowed goal, Griezmann said: “I don’t understand at all. The referee must have seen something obvious, if VAR intervened. On the pitch, we didn’t see anything. But you must survive, work hard and struggle.”

Atletico moved to 19 points in nine games, overhauling Bilbao who slipped to fourth with 17 points.

Leaders Barcelona and Real Madrid, both with 22 points, face off in the Classic at the Bernabeu on Sunday.

Information from ESPN’s Alex Kirkland contributed to this report.