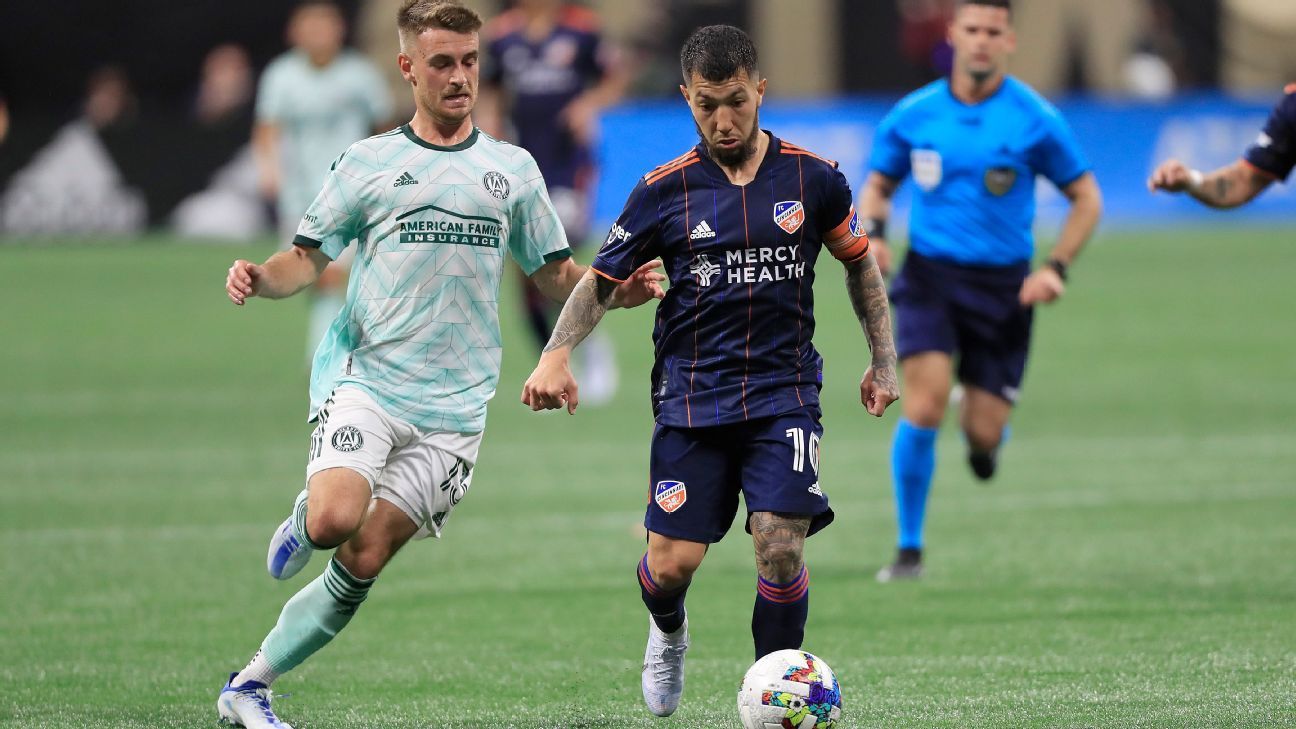 Atlanta United had the power play for the last 22 minutes of their home game against FC Cincinnati on Saturday but still couldn’t find the back of the net. The Five Stripes were held scoreless for the second game in a row and settled for a 0-0 draw.

Cincinnati (2-4-1, 7 points) was at a disadvantage in the 76th minute when defender Nick Hagglund received his second yellow card and marching orders after a hard tackle near the box. Still, Cincy held on through the final moments of regulation and eight minutes of stoppage time, thanks in large part to stellar play from Alec Kann, a Georgia native who recorded six saves for his first clean sheet of the season. .

For Atlanta (3-2-2, 11 points), their starting goaltender, veteran Brad Guzan, was taken off the field in the 71st minute after sustaining a no-contact injury. Guzan came off his line to stop a Cincinnati long ball, fell and grabbed his right knee. Bobby Shuttleworth replaced him.

Atlanta had a chance for a late win, but Andrew Gutman missed three tries in goal in the 95th and 98th minutes. Atlanta had 65.4 percent possession and fired 22 shots, but couldn’t take the lead on the scoreboard.

Cincinnati got creative with its roster on Saturday, fielding five defenders and playing Dominique Badji – usually a forward – at left back instead of Alvas Powell, who was out with an undisclosed injury.

The experimental lineup didn’t generate much offense for Cincy, however. Other than a 20th-minute header from Brandon Vazquez and a right-footed shot from Luciano Acosta that bounced off the woodwork in the 66th, Cincinnati never really looked at the net. The club finished the game with nine shots, none of them on target.

Making his first career MLS start, Atlanta’s Caleb Wiley featured on the left wing and drove the ball into Cincinnati’s penalty area early and often. In the fourth minute, he fired a shot that deflected and earned Atlanta a corner. In the 62nd, Wiley worked his way into the box until his dribble was stopped by a handball from Cincy, earning Atlanta a penalty. Marcelino Moreno’s ensuing attempt was stopped by a dive from Kann, however, keeping the game scoreless.

Wiley played 74 minutes before being replaced by Luiz Araújo.

Emerson Hyndman entered the game in the 81st minute for Atlanta, seeing his first playing time since suffering an ACL injury last June.