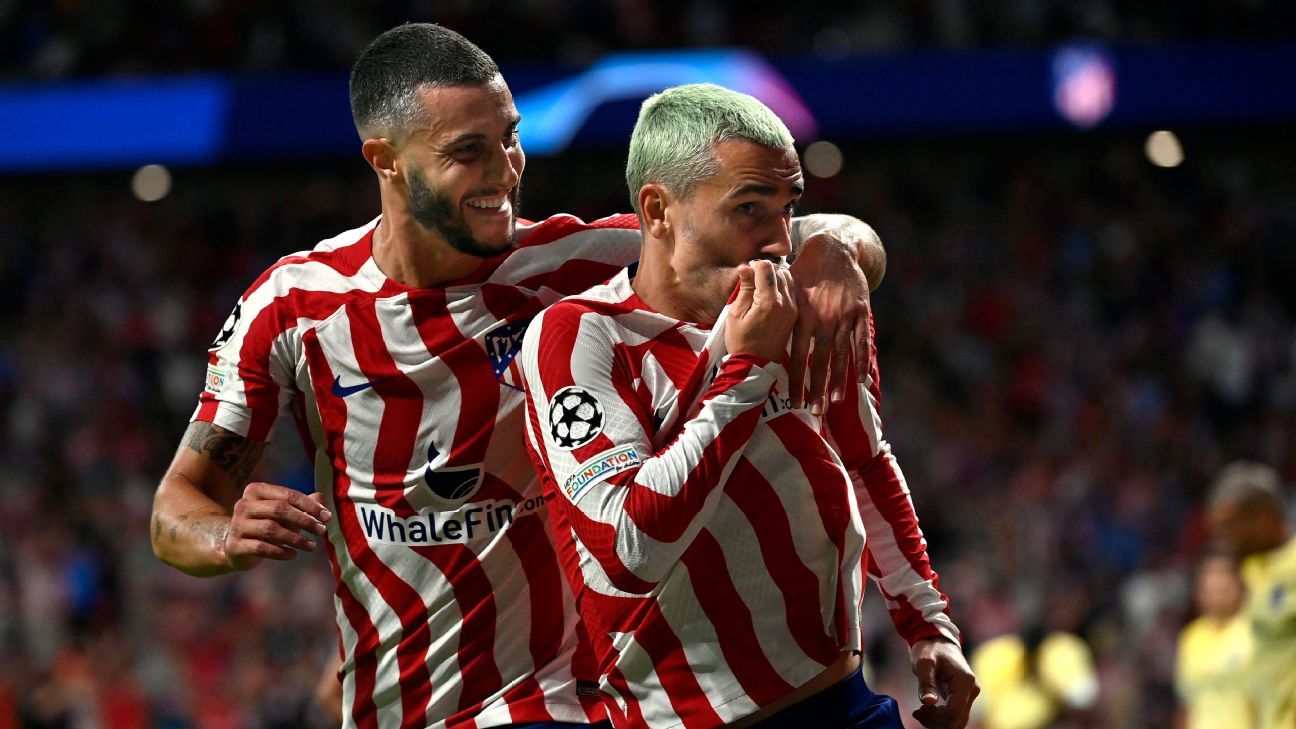 An 11th-minute stoppage-time goal from Antoine Griezmann earned Atletico Madrid a 2-1 win at home to 10-man Porto in the Champions League on Wednesday after a frantic end to the game with all goals in the additional time.

Atletico, who are winless in their last eight home matches in European competition, are level on three points in Group B with Club Brugge who beat Bayer Leverkusen 1-0.

“A lot of joy. I said I would give everything since I came back [to Atletico]”Said Griezmann after the game. “Scoring a winning goal is always great, but I focus on the three points and keep going. It’s been hard for us to start, but it’s been five games [so far].

“We have to improve, we are working on it in training. Maybe we lack the confidence to step forward and look for our attackers but it’s only our fifth game, we will improve.”

As the sides met in the competition’s first group game for the second consecutive year, the match came alive after a lackluster first half when Atletico midfielder Koke struck home on the 50th minute only for the goal to be ruled out for offside.

Atletico goalkeeper Jan Oblak was crucial for the hosts to keep a clean sheet in regulation time as the Slovenian made several good saves, including a fine effort from Stephen Eustaquio in the 54th minute.

In the 81st minute, Porto were reduced to 10 men after striker Mehdi Taremi received a second yellow for diving in the box.

Atletico had failed to register a single second-half shot as full-time approached but a minimum of nine minutes was added after a long delay when Porto Otavio’s midfielder was injured and had to be carried off the field on a stretcher.

Atletico defender Mario Hermoso opened the scoring after two minutes when his deflected shot from the edge of the box left Porto goalkeeper Diogo Costa helpless.

Porto midfielder Mateus Uribe equalized four minutes later from the penalty spot after Hermoso handled the ball inside the box.

With a 1-1 draw looming at the Metropolitano Stadium, substitute Griezmann sealed the hosts’ victory with a close-range header in the 101st minute after Axel Witsel gave the Frenchman a superb header from a corner.

“It is what it is. It’s not in my hands,” Griezmann said of his role as a substitute. “I thank God to be here. My family is happy, I want more of course, but I will give everything in the minutes I have. I am very happy here. All I want is to play here and give everything for the club, for the boss and the fans.”

Atletico next travel to Leverkusen on September 13 when Porto host Club Brugge.