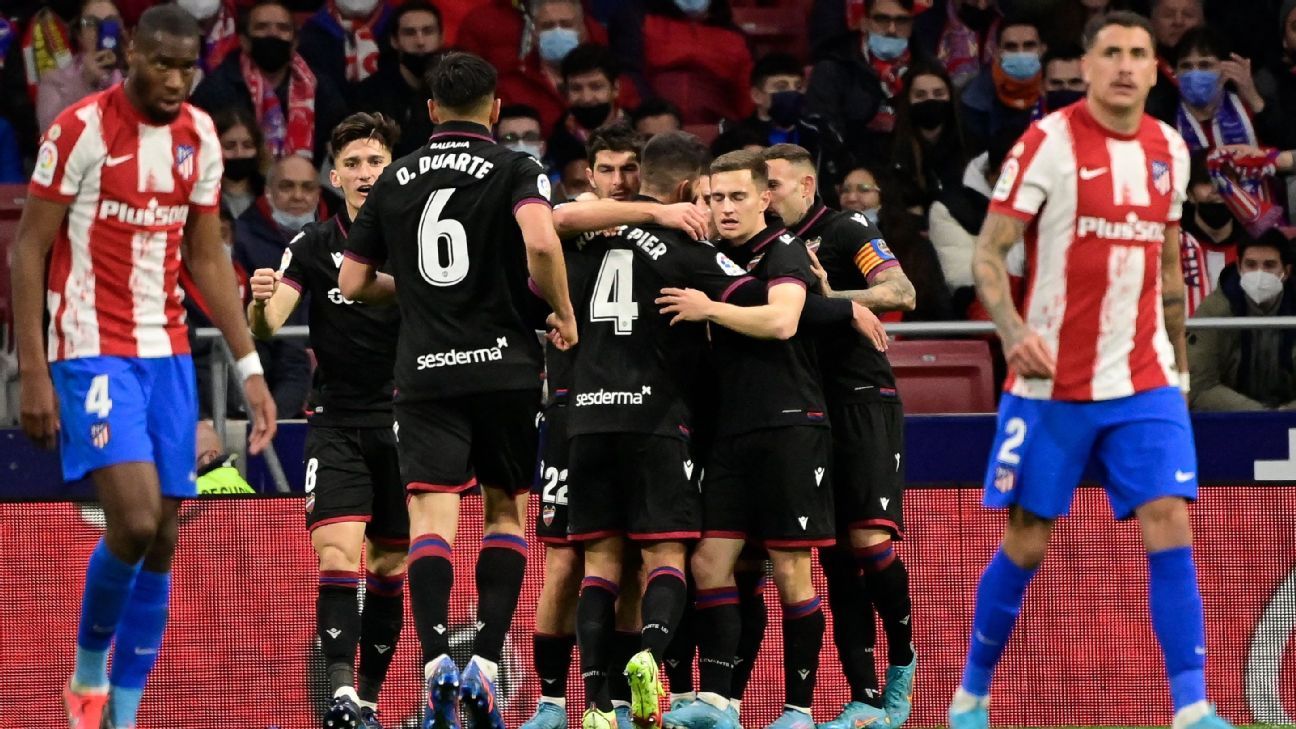 Gonzalo Melero’s second-half goal inflicted a sixth defeat in 10 league games on Atletico, compounding their problems a week before they host Manchester United in a Champions League Round of 16 first leg.

Atletico had superb comeback wins at home to Valencia and Getafe last month and thought they had equalized when Angel Correa scored with a spectacular stoppage-time kick.

But the goal was ruled out for a foul by Jose Gimenez on Martin Caceres and Correa was shown a yellow card for his angry reaction to the decision.

Levante’s Mickael Malsa nearly scored a second for the visitors with a spectacular effort near the halfway line that hit the crossbar.

Atletico then came within inches of snatching a last-minute leveler when goalkeeper Jan Oblak came in to deny a free-kick and headed just wide of the far post.

Diego Simeone’s side missed the chance to overtake Barcelona in fourth place and found themselves fifth in the standings with 39 points. Levante remained bottom of the table but dropped to 14 points, 10 after escaping the relegation zone.