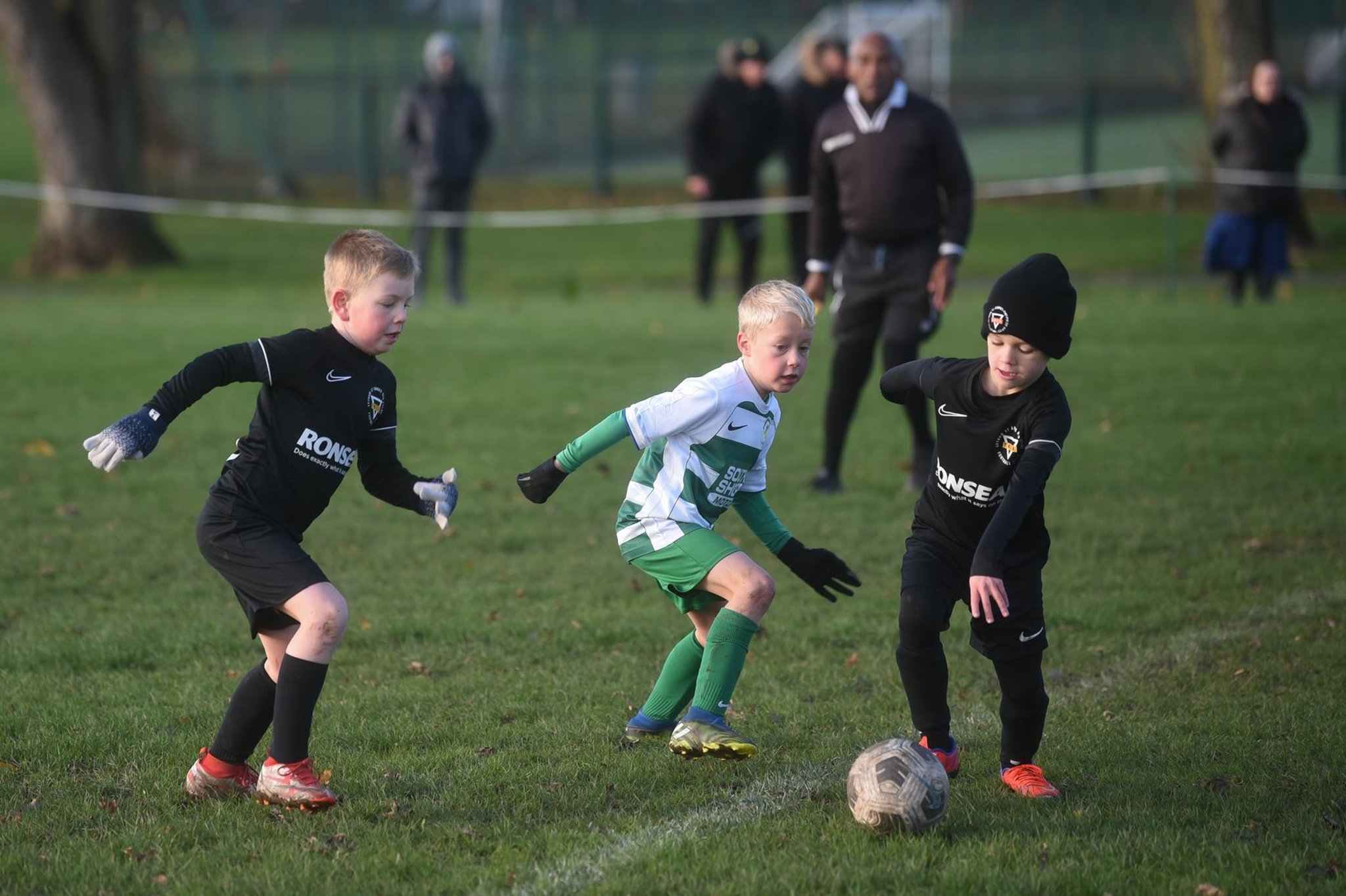 Conditions were better than expected on the grass field Foxhall calls home as their Fishers Field base is unavailable.

Foxhall manager Ben McKay said: â€œThe bigger pitch helps players pass and move. Conditions had relaxed a bit on Saturday morning, but it was still windy and quite cold. It got everyone to run and they all enjoyed it.

YMCA boss Tim Fish agreed and added, â€œWe were lucky to play when a lot of games were called off. It was a good competitive game. “

Both clubs have thrived since the lockdown. The Blacks are one of three YMCA teams at the Under-8 level, while Foxhall has four. Half of Foxhall’s players have reunited as five-year-old Cubs, while the YMCA team are also enjoying their second season of developmental games in B & DYFL.

Tim added, â€œIt’s pretty much the same team as last season with one or two more players. They’re a good bunch of kids, who get along well.

The YMCA player of the match was Isaac Wallwork, son of Tim’s teammate Martin, the team boss. Isaac never stopped running, scored with a great strike and made a fantastic save on a pass through the goal.

The FY Academy leaders did not play in the Under-18 competition, while Poulton FC and Thornton Cleveleys Blacks both took their chance to close the gap.

The other game saw Kobe Moore score a brace for Poulton Town in their 6-2 win over South Shore Youth, for which Keaton Adams and Logan Hunston responded. The winners’ other scorers were Ollie Hulme, Regan Malone, Harley Baxter and Sean Davies-Ward.

Thanks for reading. If you enjoy what we do and are able to support us, a digital subscription costs just Â£ 1 for your first month. Try us today by clicking here