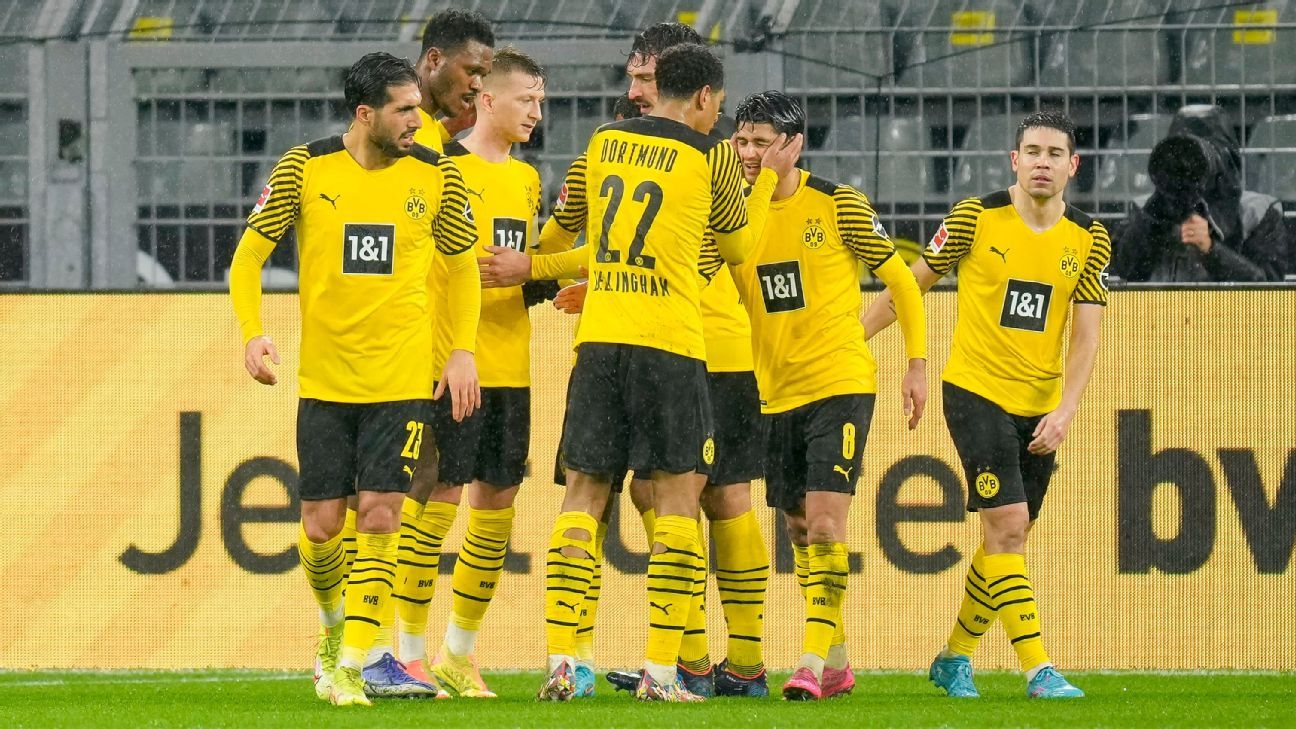 Borussia Dortmund captain Marco Reus was instrumental in five goals as his side hammered former club Borussia Mönchengladbach 6-0 in the Bundesliga on Sunday to stay in touch with leaders Bayern Munich.

Reus, who moved from Gladbach to Dortmund just over a decade ago for €17million, scored two goals and provided three assists but opted out of taking a penalty. the beating.

The win kept Dortmund six points behind Bayern after the champions beat Greuther Furth 4-1 at home earlier in the day.

It also eased the pain of two recent home defeats for Dortmund: Thursday’s 4-2 loss to Rangers in the Europa League and a 5-2 loss to Bayer Leverkusen in the Bundesliga two weeks ago.

Reus, 32, opened the scoring in the 26th minute by leaping on the rebound after Swiss goalkeeper Yann Sommer parried a shot from Donyell Malen.

Reus returned the favor six minutes later, playing a one-two with Malen, who powered a shot through Sommer’s grip to double Dortmund’s advantage.

Gladbach almost pulled a goal back in the second half when Jonas Hofmann hit the corner of the post and crossbar.

But it was Dortmund who struck next to put the result beyond doubt, Reus kicking off Marius Wolf to score in the 70th minute, two minutes after coming off the bench.

The captain added his third assist of the match four minutes later as Youssoufa Moukoko, another substitute, netted Dortmund’s fourth.

Reus then returned among the goals by smashing the ball after a long punt from defender Mats Hummels, before Can completed Gladbach’s humiliation from the spot after Wolf was brought down in the box.