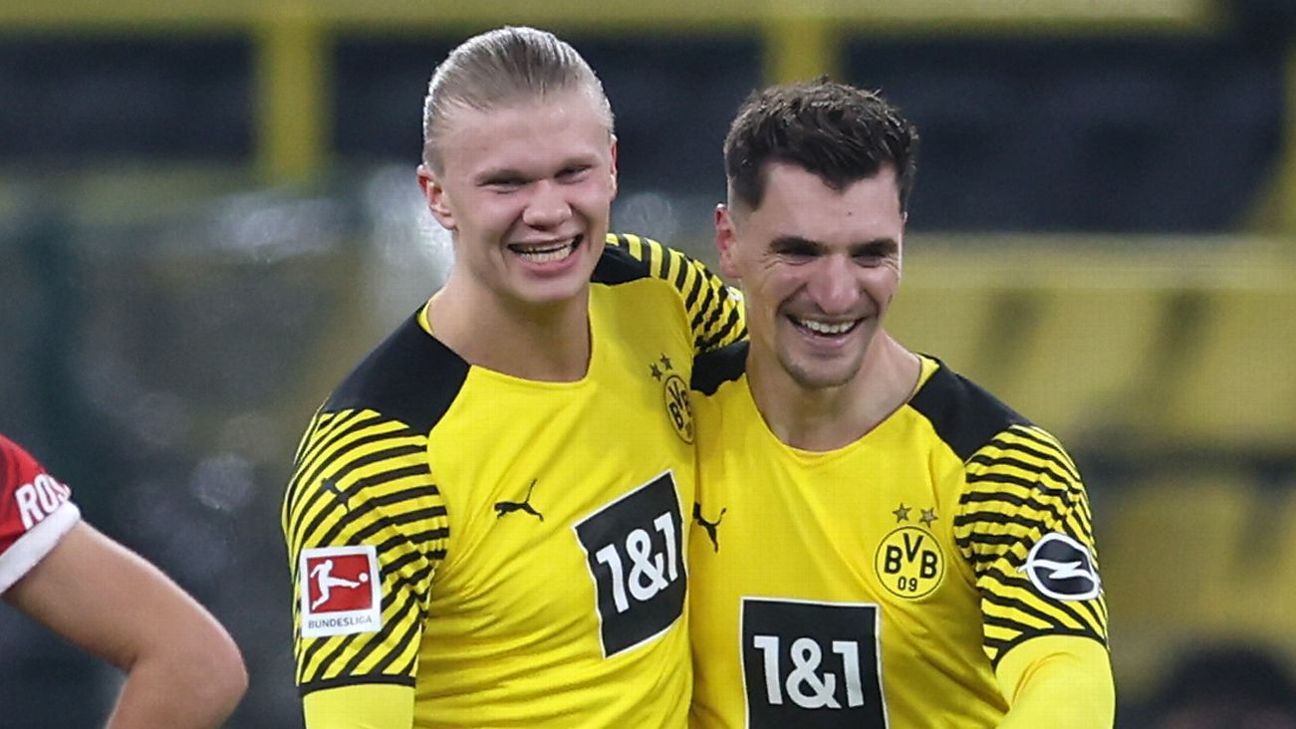 Full-back Meunier headed in at the near post from a Julian Brandt corner after 14 minutes and doubled the lead in the 29th, nodding in another Brandt corner. He had only scored once before in the Bundesliga since joining in 2020.

Haaland then entered the action, moving quickly away from team-mate Jude Bellingham to race into the box, latch on to a perfectly timed ball from the England international and score Dortmund’s third goal on the spot. half time.

The Norwegian scored his second in the 75th – his 55th goal in 56 Bundesliga appearances – after Ermedin Demirovic netted a goal for the visitors just after the hour mark.

Haaland has now scored 78 goals in 77 appearances in all competitions for the Ruhr Valley club.

Mahmoud Dahoud capped off a dominating display from Dortmund with a powerful shot in the 86th minute.

Dortmund have 40 points in second place, three behind Bayern who visit Cologne on Saturday. Freiburg remains fourth with 30.

“Five goals is good. The first half was a great performance,” said Dortmund coach Marco Rose. “In the second half we slacked off a bit and allowed them to score a goal back. But it was a deserved win. “We took a good step today and we have to keep going. We have the quality to play good matches. We have now won two games in a row, three points behind Bayern. But what is important is to be consistent so that we have a chance of winning the title in Dortmund.”

The hosts, however, brought out injured Meunier and Emre Can, with Rose saying it was not yet clear if they would be ruled out and for how long.

“It would be a shame if Thomas misses now. He twisted his ankle. He just scored two goals. With Emre we still have to see,” he added.