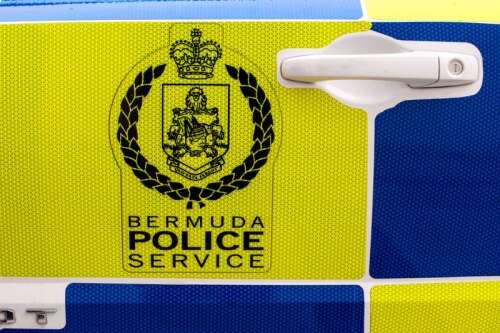 Two teenagers have been arrested after knives were allegedly used during a fight at a National Sports Center football game over the weekend.

The 15-year-old boys have been arrested in connection with an incident at Devonshire’s National Stadium, which allegedly happened during an Under-15 football match.

An eyewitness said the scuffle took place after three youths followed a player as he walked towards a car after the game.

The source said the disturbance lasted between “five and ten minutes” and he saw an individual bleeding from his arm after removing his tracksuit top.

The witness added: ‘I think it’s a sad, sad situation – and the thing that I think is so sad is that nobody talks about all these things that are happening on this island by young black men .

“That’s what really bothers me and something needs to be done because things aren’t getting better.”

Police said one of the teenagers was treated for ‘minor injuries’ following the incident, which reportedly happened around 3.20pm last Saturday.

A police spokesman said one of the boys was arrested for alleged possession of a blade and was released on bail.

Another teenager, also 15 and also believed to have had a knife, left before officers arrived, but was later found and arrested.

The police spokesman said the second youth had been released on bail.

Mr Daniels said he stayed at the stadium and spoke to young people who told him ‘carrying knives and other bladed items is quickly becoming the norm’.

Mr Daniels said the youths claimed some were carrying guns for protection.

He added: “This is not the first time the Bermuda Police Department has been made aware of this type of behavior.”

He told the audience: “I not only want to reiterate the comments of the Acting Commissioner that carrying a knife or any sharp object for self-protection creates a greater likelihood of being involved in a knife-related incident, but also increases the risk to those around you. be hurt. »

Police said three incidents had occurred in 24 hours – prompting a warning about the dangers of carrying a knife.

Among them, a woman was stabbed in the back at Sandys at 1am last Sunday.

The 28-year-old was injured at Legends Bar on Somerset Road in Sandys.

The injury was described as ‘serious but not life-threatening’ and the woman is being treated at King Edward VII Memorial Hospital.

A police spokesperson said the incident occurred after an argument “escalated and resulted in the victim sustaining a one-inch stab wound to the left side of his back”.

He added that there were several customers in the bar at the time and appealed for witnesses.

The spokesman said the weekend incidents with bladed items began at 3 a.m. on Saturday when police arrested a 19-year-old man for traffic violations.

The suspect fled after learning he had outstanding warrants.

But he was caught, found carrying a 3 inch knife and arrested.

Earlier this month, police announced a crackdown on knife crime following a spate of stabbings.

Mr Daniels said officers had been given the power to stop and search anyone they suspected of carrying a blade.

He agreed that people arm themselves because they fear “being potentially attacked”, but stressed that carrying knives only increases the potential for harm.

He added: “If you feel threatened, don’t arm yourself. Report your concern to someone in authority.

Police have reported more than 33 incidents involving blades since the beginning of last August.

Mr Daniels said it was “a worrying trend for a small island community”.

He pointed out that one of the incidents allegedly took place at “a sporting event attended by a wide cross-section of the community, young and old”.

Mr Daniels said police were ‘grateful’ the injured woman at Sandys did not sustain a life-threatening injury.

He added: “We do not lose sight that another family could have been left to face tragedy as there is real potential for loss of life resulting from each of these senseless acts.”

Mr Daniels warned that police would continue to use stop and search policies.

He said: “We will intensify our efforts in this regard as we seek to end the practice of individuals going out in public armed and ready to engage in violence.”

Anyone with information about the incidents over the weekend should call 211 or the main police number at 295-0011.

The public can also use Crime Stoppers’ independent and confidential helpline at 800-8477 or provide details to a police officer they know.