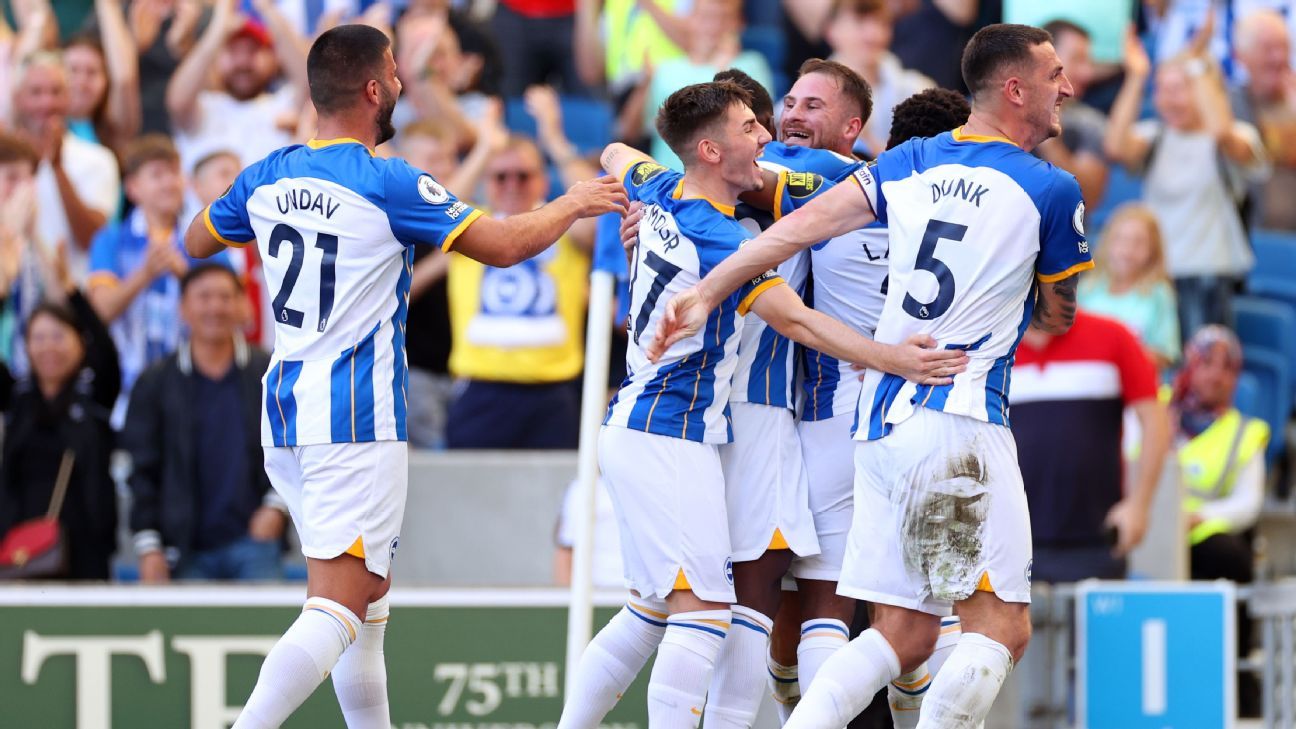 Leicester have one point from their first six games and, despite taking a one-minute lead, were outplayed in a performance which will add to the substantial pressure on manager Brendan Rodgers after a summer of discontent at the club.

“The best team won and that’s the reality,” Rodgers told Sky Sports. “We had a great start to the game, but we made mistakes to get them back into the game.

“With the ball, we gave it away so cheaply. A confident team can do it, but the guys are suffering from it right now.

“They gave it their all in the fight, but the mix of quality, [lack of] confidence and mistakes…we just suffer.”

Kelechi Iheanacho put Leicester ahead and Patson Daka leveled them at 2-2 before half-time, but an own goal from defender Luke Thomas and strikes from Moises Caicedo, Leandro Trossard and Mac Allister, one from the penalty spot and the other a superb free kick, a victory sealed for the locals.

Mac Allister was also denied what would have been a goal of the season contender when his thunderous strike from 30 yards out was ruled out after a video assistant referee (VAR) check that lasted nearly five minutes. Enock Mwepu was ruled in an offside position and interfered with play during the build-up.

The scoreline flattered the visitors, who appeared hesitant in their defense and conceded 16 goals in six league games.

Brighton, who climbed into the top four, travel to south coast rivals Bournemouth on Saturday, while Leicester host fellow wrestlers Aston Villa in what promises to be a must-win match for Rodgers.

“It was a great performance and an incredible win,” Brighton manager Graham Potter said.

“The players were amazing to recover like we did and we were the better team. The performance in the second half was fantastic.

“The boys stuck to the task and played well during the game. I’m a bit disappointed with the goals we conceded, but I’m not going to be picky when we scored five.”