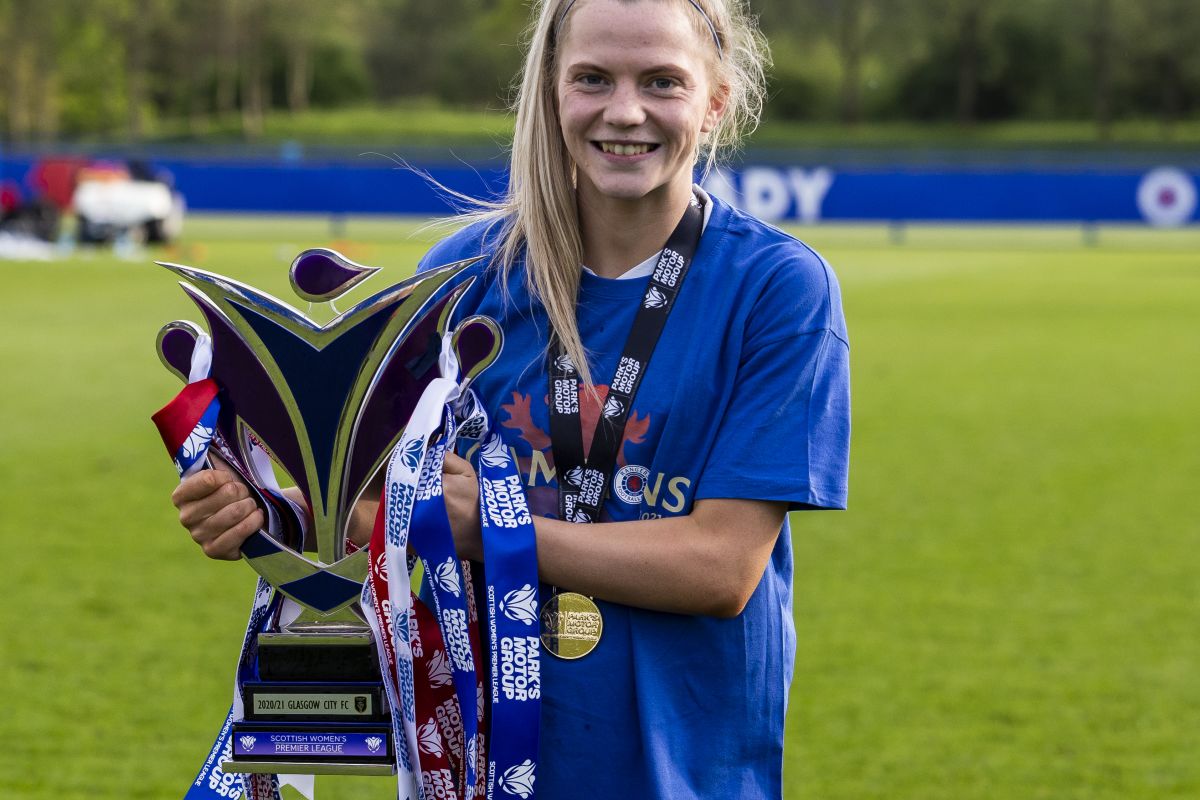 BROGAN HAY described Park’s Motor Group SWPL 1 win this afternoon as a “special moment” for the Rangers squad after a 0-0 draw against Glasgow City at a sold-out Rangers training facility.

The Light Blue expressed their emotion as they lifted the league trophy for the first time in club history after an unbeaten campaign with one game to play.

The team managed to score a point in today’s game against Glasgow City to put them out of contention for the league for the first time in fourteen years.

Speaking exclusively to RangersTV after being crowned champion, she said: “It’s surreal right now, you look around and there are happy faces. I think we deserve it; we had a great season – I’ve been at the club for five years, it’s unbelievable.

“Looks like the day has finally come where we got what we deserved, we just have to be grateful to the club for the opportunities they gave us and the support we had from everyone to make this happen. .

Hay was delighted to lift the trophy in front of a sold-out Auchenhowie and insisted the fans had been a huge influence on the team this season.

She added: “I think our families are here and witnessing that, it’s something special. For the fans to watch, they’ve taken us through a lot of tough games this season, without them, it could have been a lot harder for us – they gave us that extra motivation on the side of the pitch, and it gave us more confidence.

“It’s an incredible feeling, you can’t even describe it. It’s just pure happiness, it shows on every face today, everyone is buzzing.