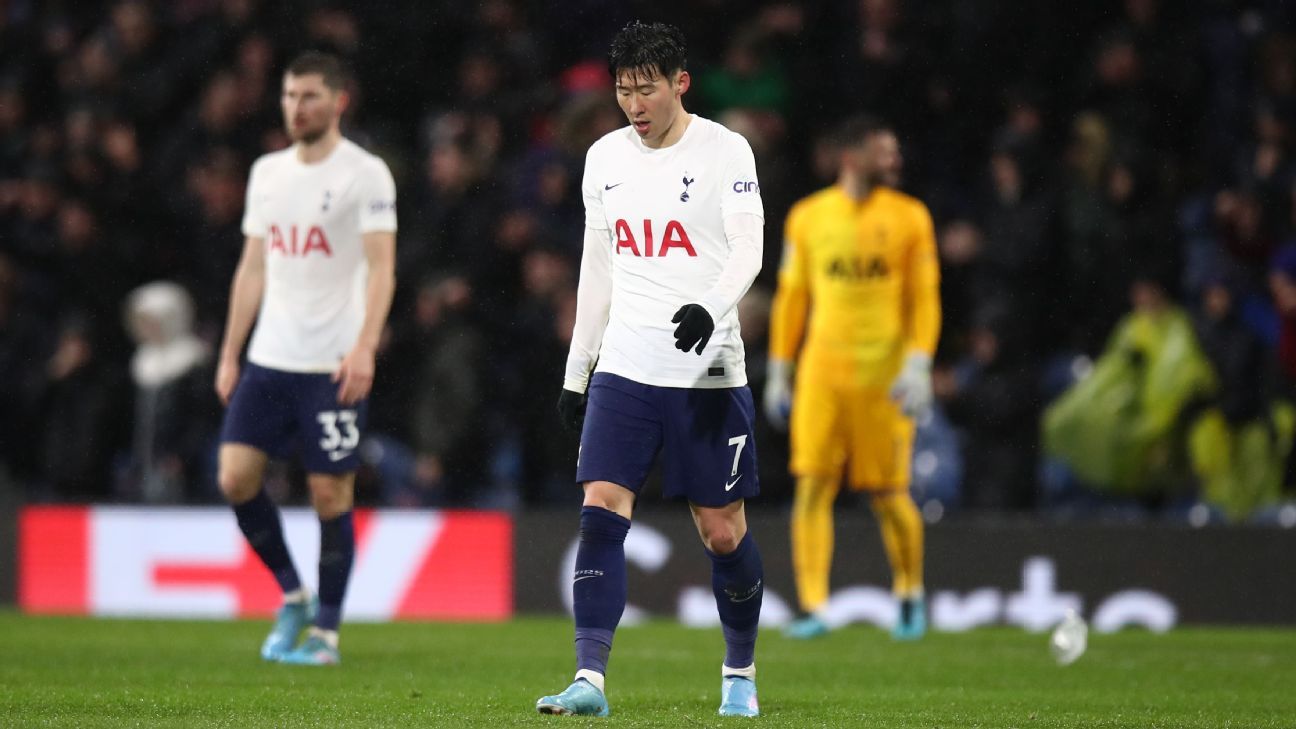 Mee beat Cristian Romero through the air at the far post to give Josh Brownhill a free kick and give the Clarets their third win of the season.

Harry Kane had hit the bar with a header for Tottenham shortly after the break but Spurs, who beat league leaders Manchester City on Saturday, failed to find a way past Burnley goalkeeper Nick Pope.

Burnley remain in the relegation zone but climb back to 18th place on 20 points, two points behind Newcastle United and Everton but one game less on the former.

Sean Dyche’s side had won 3-0 at Brighton on Saturday and the Lancashire club must regain the defensive solidity and determination that ensured their survival in previous campaigns.

The home side had the best of the first half but were unable to create any real openings against a Tottenham defense that looked far from comfortable.

Spurs boss Antonio Conte brought on Harry Winks at the break and the visitors got off to a better start in the second half with Kane sending a header from a free-kick against the bar.

Pope made a fine reflex save to deny a close-range effort from Ben Davies, but Burnley quickly caused problems for the visitors.

Spurs goalkeeper Hugo Lloris made a fine save to deny a Jay Rodriguez header after a fine cross from influential Dwight McNeil caused problems down the left flank all evening.

Dejan Kulusevski had a chance for Spurs, drifting a shot wide of Pope’s right post after a 70th-minute counterattack.

But then Mee, who had been dominant at the back for Burnley, showed his worth at the other end with his well-taken header sending wet and windy Turf Moor into ecstatic celebrations.

Rodriguez should have secured the win, seven minutes from time, but somehow he went over four yards and he surely had his heart in his mouth when Pope saved substitute Steven Bergwijn in the last few minutes.

The result leaves Spurs in eighth place on 39 points, seven behind fourth-placed Manchester United but two games behind.