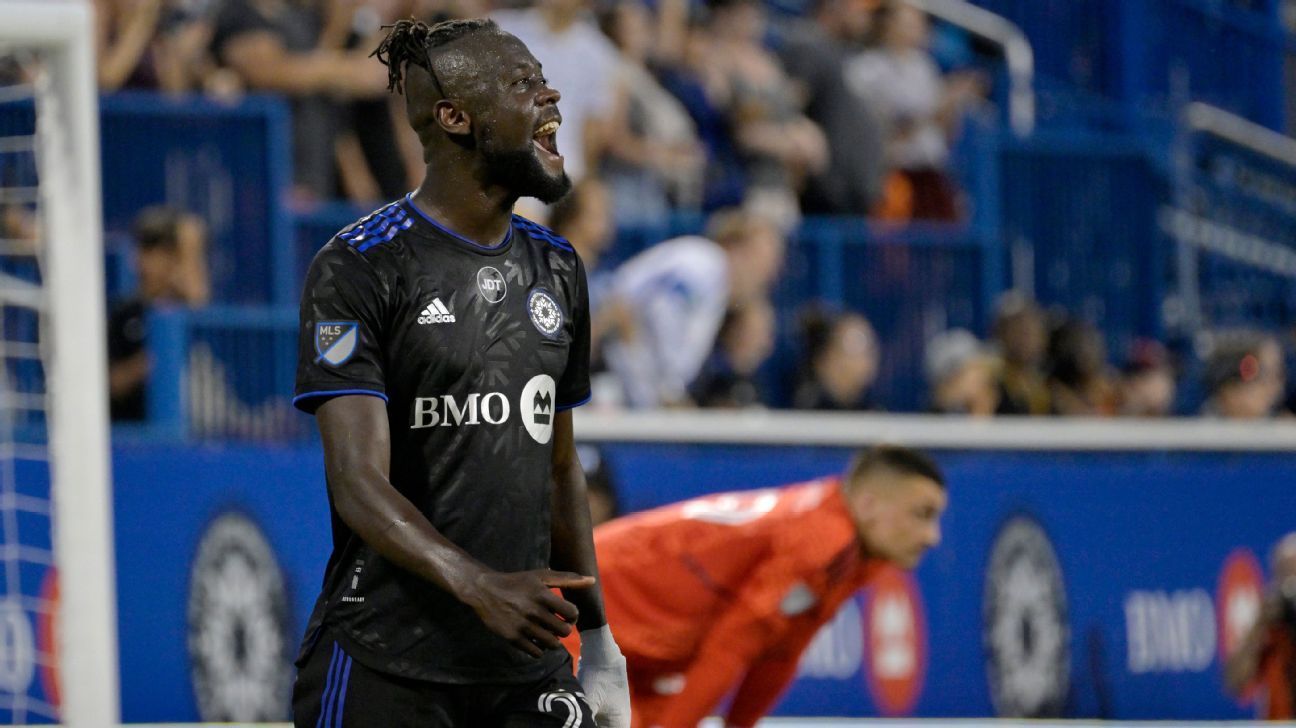 Romell Quioto scored a pair of goals and an assist – and Kei Kamara made history – as CF Montreal extended their unbeaten streak to seven games on Saturday night, earning a 4-0 victory at home to the Revolution of New England.

Quioto scored in the 39th and 55th minutes to extend Montreal’s lead (14-8-4, 46 points). The result was the biggest margin of victory for the club on the season.

The Revolution (8-8-10, 34 points) saw their invincibility stop at five matches. The Revs have struggled on the road this season, winning just three games away from New England.

New England had just one shot attempt in the first half. The Revs had 10 in the second, but only put two of those tries on the frame.

Meanwhile, Montreal had no problem scoring early and often, and went on seven of their 18 shots on target. Kamara opened the scoring in the 26th minute, kicking a ball in easily with his left foot after receiving a pass from Quioto. Mathieu Choinière was also credited with an assist on goal, finding Quioto in the build-up.

For Kamara, the goal was his fifth of the season and 135th of his career, making him the third all-time top scorer in MLS history.

Kamara – who passed Jeff Cunningham for the mark – has been playing in the league since 2006 and has spent time with eight different clubs. The 37-year-old former Sierra Leone international now follows only Chris Wondolowski and Landon Donovan in the record books.

Quioto has now scored in three consecutive games and has 14 goals this season, putting him in the thick of the Golden Boot race along with Sebastian Driussi (17) of Austin FC, Jesus Ferreira (15) of FC Dallas and Brandon Vasquez (15) of FC Cincinnati. ). San Jose’s Jeremy Ebobisse and Nashville SC’s Hany Mukhtar also each scored 14 goals.

Lassi Lappalainen and Samuel Piette assisted on both scores for Quioto. Quioto’s first score was the 500th goal scored in club history.

Submarine in the 77th minute for Kamara, young Matko Miljevic scored on a 91st-minute penalty for Montreal for his first goal of the season.