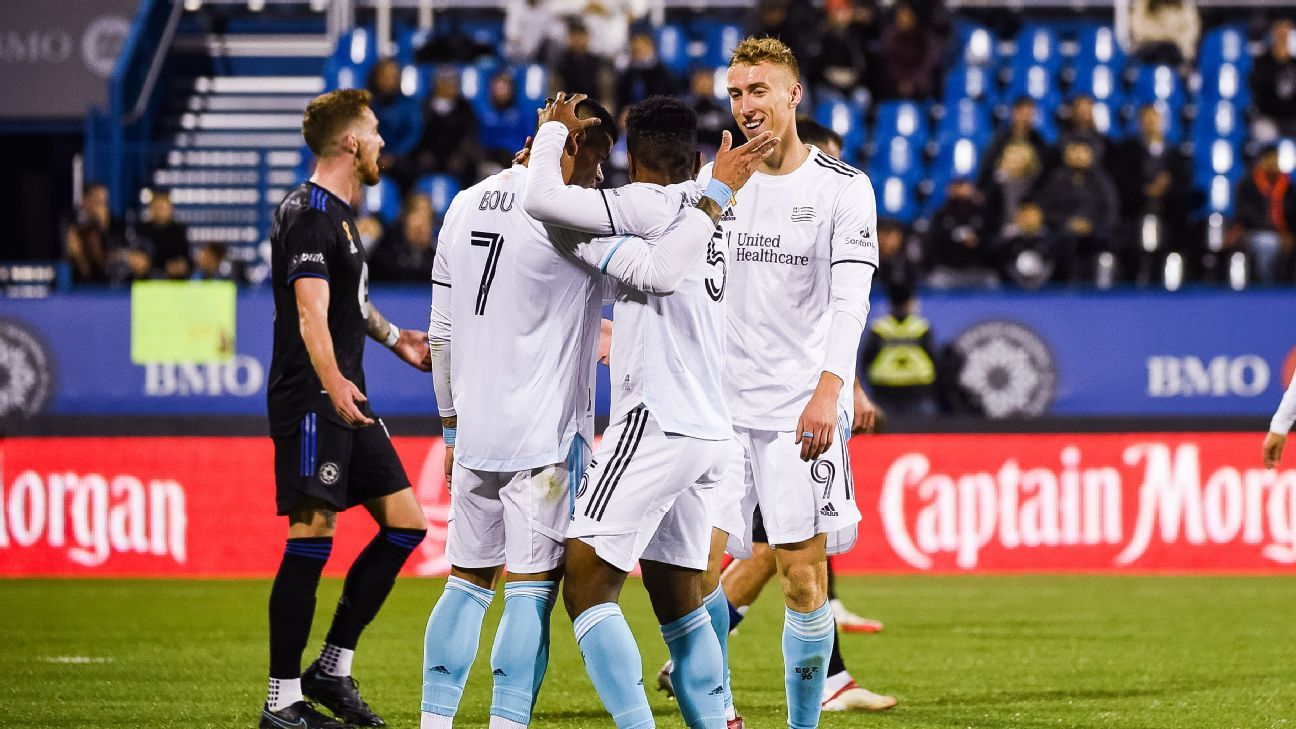 The New England Revolution continued their dominance throughout the season to propel them to a 4-1 victory over host CF Montreal on Wednesday.

Montreal was in control early and had several chances to strike first thanks to Romell Quioto. In the fourth minute, the Honduran forward saw his left side shot blocked by the New England defender.

Andrew Farrell and three minutes later his chance from the box fell just past the left post.

The Revolution capitalizes in the minutes that follow. Tajon Buchanan’s attempted pass was deflected by a Montreal defender, and Carles Gil’s shot on the rebound was blocked and the ball went straight to

DeJuan Jones, who scored to give New England a 1-0 lead in the 10th minute.

Adam Buksa made it 2-0 for the visitors with his 13th goal of the season leading the team in the 17th minute with a left-side header on a pass from Gustavo Bou.

A home goal from Montreal extended New England’s lead to 3-0 in the 30th minute. Bou received a light pass from Buchanan and looked to send it to Buksa, but the ball hit the leg of Montreal defender Rudy Camacho and rolled into the net.

Montreal reduced the score to 3-1 in the 31st minute when midfielder Joaquin Torres was patient with the ball just outside the box, looking for space before taking a few steps and shooting. the ball on the right side in front of goalkeeper Matt Turner.

Bou equaled Buksa for the team’s scoring lead when he scored 4-1 from the goal area in the 86th minute.