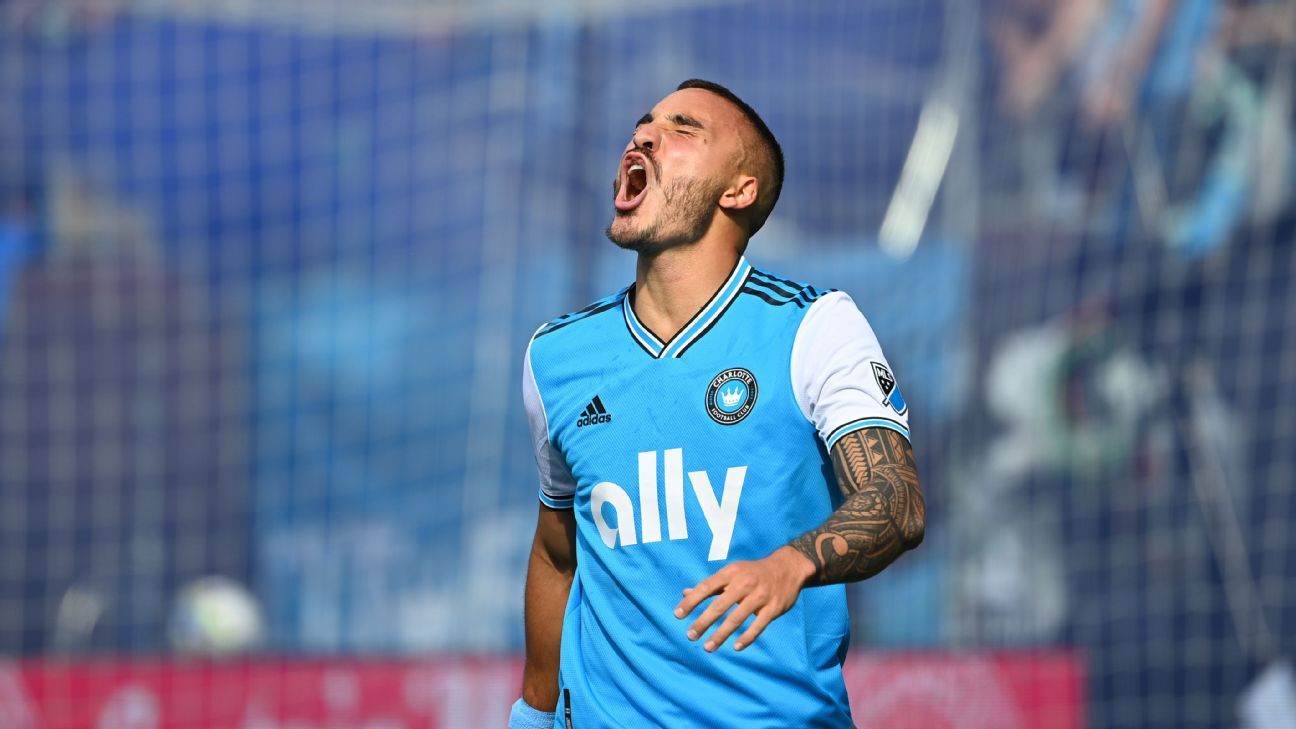 Andre Shinyashiki scored in his first game as a member of Charlotte FC in the team’s 1-0 victory on Saturday afternoon against visitors Inter Miami.

Shinyashiki joined the club this week from Colorado Rapids on a General Allocation Money deal. His goal came from the right side of the box in the 68th minute. He hit Yordy Reyna’s cross on transition play, sliding to the ground and managing to head the ball into the top left corner of the net.

Shinyashiki’s goal – the 17th in 87 career MLS appearances – backed up a clean sheet from Kristijan Kahlina, who made six saves.

– MLS on ESPN+: Stream live games, replays (US only)
– You don’t have ESPN? Access immediately

Charlotte FC (4-6-1, 13 points) entered the day on a three-game MLS winless streak (0-2-1). All four of the team’s wins in its inaugural season came at home, where the club now hold a four-game winning streak and are playing their next two games at home.

Inter Miami (3-7-1, 10 points) suffered their second straight loss after a three-game winning streak. Goaltender Drake Callender stopped six shots, but the team was shut out for the second straight week.

Shinyashiki was a Charlotte FC opponent just two games ago when he played for the Colorado Rapids. Those teams drew 0-0 at Denver, but when the Brazilian striker entered Saturday’s game in the 56th minute, he made sure he wasn’t involved in another scoreless game at his debut with Charlotte FC.

Shinyashiki has scored one goal in eight appearances this season for Colorado. He and Reyna came into the game in the 56th minute on Saturday.

In the second half, Charlotte FC started to take control of possession time and it finally paid off. After the goal, Inter Miami became more assertive and repeatedly threatened.

Forward Indiana Vassilev, who returned to Inter Miami this week on loan, was part of the starting line-up. He played until the 61st minute, providing some active minutes.