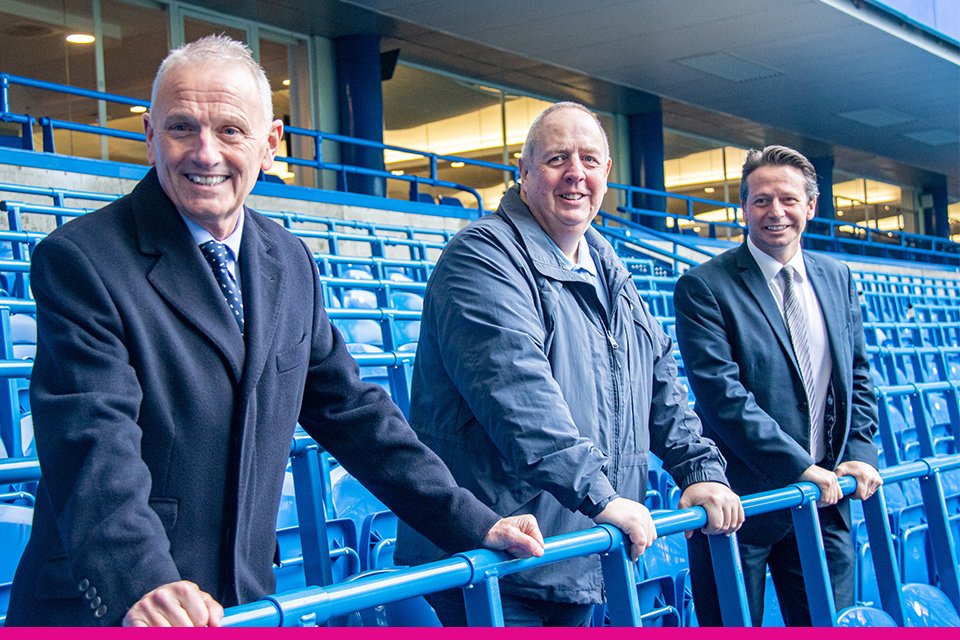 Football fans will be able to stand tall in some of England and Wales’ biggest stadiums from tomorrow (January 2), as the government launches its historic safety test for the remainder of the national football season .

As a result, Sports Minister Nigel Huddleston recently visited the stadium to inspect the arrangements and meet with fans and club representatives.

Five clubs – Cardiff City FC, Chelsea FC, Manchester City FC, Manchester United FC and Tottenham Hotspur FC – will be the first of the first two levels of football to be licensed “security” in designated seating areas for home and away supporters as the government strives to deliver on its clear commitment.

The pitches were selected following an application process, open to all pitches covered by the all seating policy, overseen by the Sports Grounds Safety Authority (SGSA).

The clubs involved in the pilot will have to adhere to strict conditions including increased use of CCTV, better training of flight attendants and fans using licensed secure parking areas strictly limited to â€œone person, one spaceâ€.

Each supporter will occupy the same area that they would occupy if they were seated, with a traceable and numbered ticket. Barriers will be in place behind and in front of each individual. Seats should not be locked in the high or low position, so fans can choose to sit if they wish, and the standing areas should not affect the view of other fans.

Standing areas are already commonplace in the German Bundesliga and there are similar examples in the rest of Europe, the United States and Australia.

The fans have long campaigned for the introduction of a secure position, so I am delighted that Stamford Bridge is launching this pilot program which will allow us to carry out an in-depth test in some of our larger stadiums for the remainder of the season, and inform a decision on widespread deployment.

Safety will be absolutely paramount at all times. Detailed work is underway to monitor these early adopters, and SGSA will work hand-in-hand with football clubs, fan groups, local authorities and the police.

The introduction of permitted standing zones follows research carried out during the 2019/20 season, before the start of the pandemic, which found that seating with independent gates / barriers helped reduce the safety risks associated with standing in sitting areas.

During the remainder of the season, field research will be carried out by CFE Research to assess the implementation of permitted standing zones on first-user fields.

This research will be provided to the government to inform its decisions on the potential wider deployment of licensee status from the start of the 2022/23 season for Premier League and Championship clubs wishing to introduce it and who have fulfilled the conditions. strict.

The goal of SGSA is the safety of all fans on the athletic fields. We know there is a safety risk resulting from fans constantly standing in seated areas, demonstrated by independent research. The advent of new engineering solutions and the results of our research have shown that this can be safely handled. The early adoption program will allow us to properly test and assess permitted standing areas and advise the government on its next steps.

It is a big step forward. This is something that we have been campaigning for for 30 years. It’s great to see that people now have a choice of sitting or standing during a soccer game. I will feel safer with that security fence in front of me there. I think it will make a difference in the fans’ confidence in the stands about their own safety.