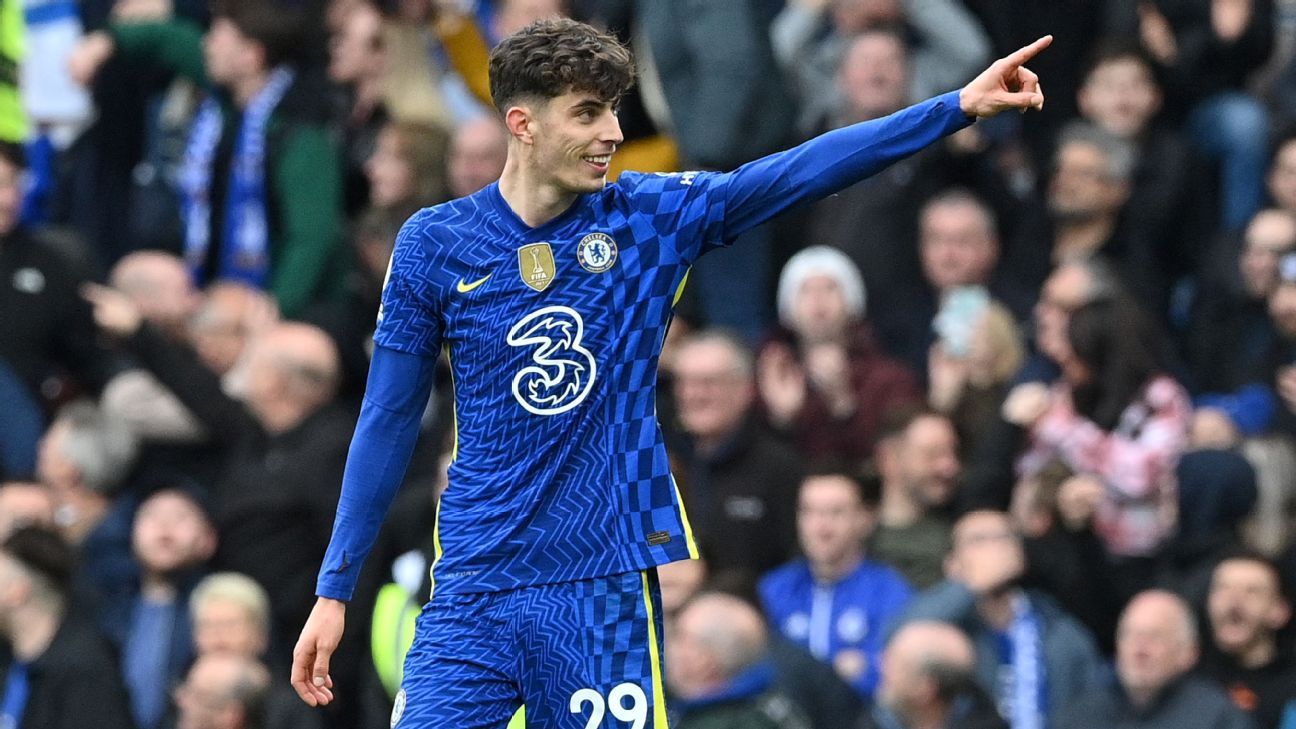 Chelsea edged Newcastle 1-0 on Sunday amid continued uncertainty over the ownership of the club.

Kai Havertz, who escaped a first-half sending-off, surged after 89 minutes and finished superbly to give Chelsea all three points and end Newcastle’s nine-game unbeaten run.

Although the result has ramifications in Chelsea’s quest for third place to finish in the top four, the match was played against an uncertain backdrop given Roman Abramovich’s alleged links to Russian President Vladimir Putin.

Havertz told Sky Sports: “It’s difficult, we players have the privilege of training and continuing to do what we love. We’re sorry for everyone. The supporters, the workers, not just us. professionals. It’s a difficult time for everyone. We try to give everything for them in the moment. We have to stick together, we try to do that and give them a good feeling.”

The Premier League disqualified owner Roman Abramovich on Saturday after the UK government sanctioned him following Russia’s invasion of Ukraine. This left the club faced with a series of strict regulations to adhere to, including the closure of the club shop, the inability to sell goods or offer players new contracts.

Abramovich can still sell the club if the government grants him a license to do so, provided he does not personally profit from any sale. Sources have told ESPN there are still many parties interested in buying Chelsea, including New York Jets owner Robert ‘Woody’ Johnson, as well as Los Angeles Dodgers and LA Lakers co-owner Todd Boehly alongside the Swiss billionaire. Hansjorg Wyss.

Although there was great uncertainty off the pitch, both teams had work to do, with Chelsea looking to cement their place in the top four and Newcastle keen to get further away from relegation worries. Eddie Howe’s side impressed with spells in the first half, Dan Burn closing in from a header before being brought down by a stray elbow from Havertz. David Coote showed Havertz a yellow card and a VAR check upheld his decision amid controversy.

Newcastle’s visit highlighted further ownership issues, following their Saudi takeover completed with the purchase of the club by the Public Investment Fund (PIF) in October. The deal faced strong public opposition in many quarters, given Saudi Arabia’s human rights record and the murder of journalist Jamal Khashoggi in 2018. Khashoggi had criticized the Saudi government and was killed in an act determined by the US government to have been directly ordered by Crown Prince Mohammed bin Salman, leader of Saudi Arabia and chairman of the PIF.

A Saudi flag was unfurled outside at Stamford Bridge and some sections of the visiting assist pushed Chelsea above the uncertainty of their ownership, with technical supervisor and former player Petr Cech saying before the game that Chelsea were working “day by day”. basis at present.

Newcastle wanted a penalty just before the hour mark when Trevoh Chalobah brought down Jacob Murphy in the box, but the referee dismissed their appeals before Chelsea manager Thomas Tuchel introduced Romelu Lukaku in search of the breakthrough.

Allan Saint-Maximin also came on from the bench 20 minutes from time and Tuchel brought in Christian Pulisic but it was Havertz who had the last laugh, dropping the ball majestically before finishing clinically to give Chelsea the win.

Howe told Sky Sports when asked about the Havertz incident: “It could have been a red but it’s not going to be screaming from the rooftops but the penalty with the use of VAR, I can’t understand it not was not given or that the referee was not asked to go to the monitor and review his decision. This mocks VAR.

“We are still in a relegation battle. Without any illusions, we have to react and we look forward to great games ahead.”