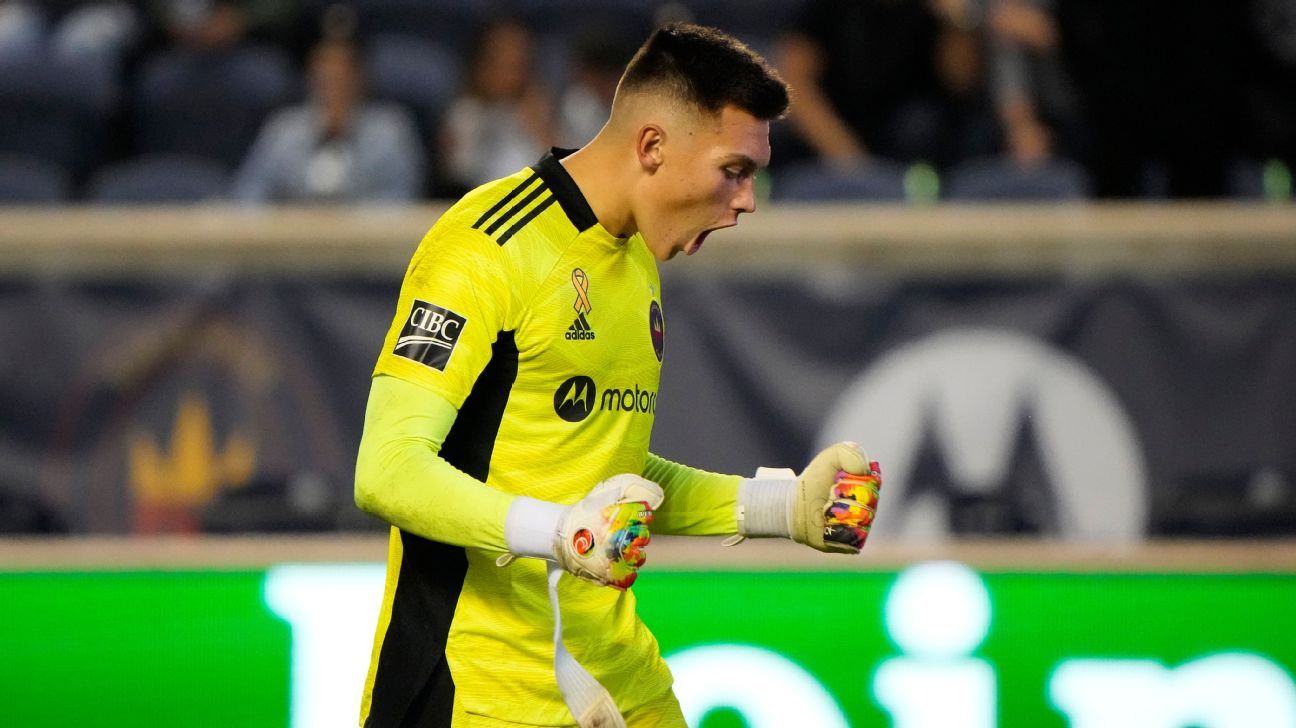 The Chicago Fire looked comfortable in their old stadium, securing a goal from Robert Beric early in the second half and a shutout from 17-year-old goalkeeper Gabriel Slonina to secure a 2-0 victory Wednesday over his visit to New York City FC in Bridgeview, Illinois.

Slonina made three saves for his first professional victory in his fifth career game, while Federico Navarro added a deflected goal at close range in the 66th minute as Chicago (7-15-6, 27 points) ended to his five-game winless streak.

The match took place in the suburb the Fire called home until 2019 before returning downtown to Soldier Field. A return to Bridgeview was necessary for one game as it fell too close to Sunday’s NFL game at Soldier Field.

Goalkeeper Sean Johnson made three saves for NYCFC (11-10-6, 39 points), who entered the game in third place in the Eastern Conference but were closer in the points race to eighth Atlanta United FC (36 points) that it was in second place to Nashville SC (45 points).

The NYCFC saw their winless streak stretch to three games with just one combined goal in that streak. The club ended a lackluster September with a 1-4-2 record.

Beric’s decisive goal came in the 48th minute when he landed a low free kick from Alvaro Medran, split the left side of the NYCFC defense and scored on the right side of the goal for his fourth of the season.

Less than 20 minutes later, Navarro added an insurance goal on a pass from Beric, when his point blank shot was deflected and slipped under an unbalanced Johnson for his first of the season.

NYCFC appeared to be closing in on a goal in the 68th minute, but Santiago Rodriguez was ruled offside after directing the ball into Fire’s goal.