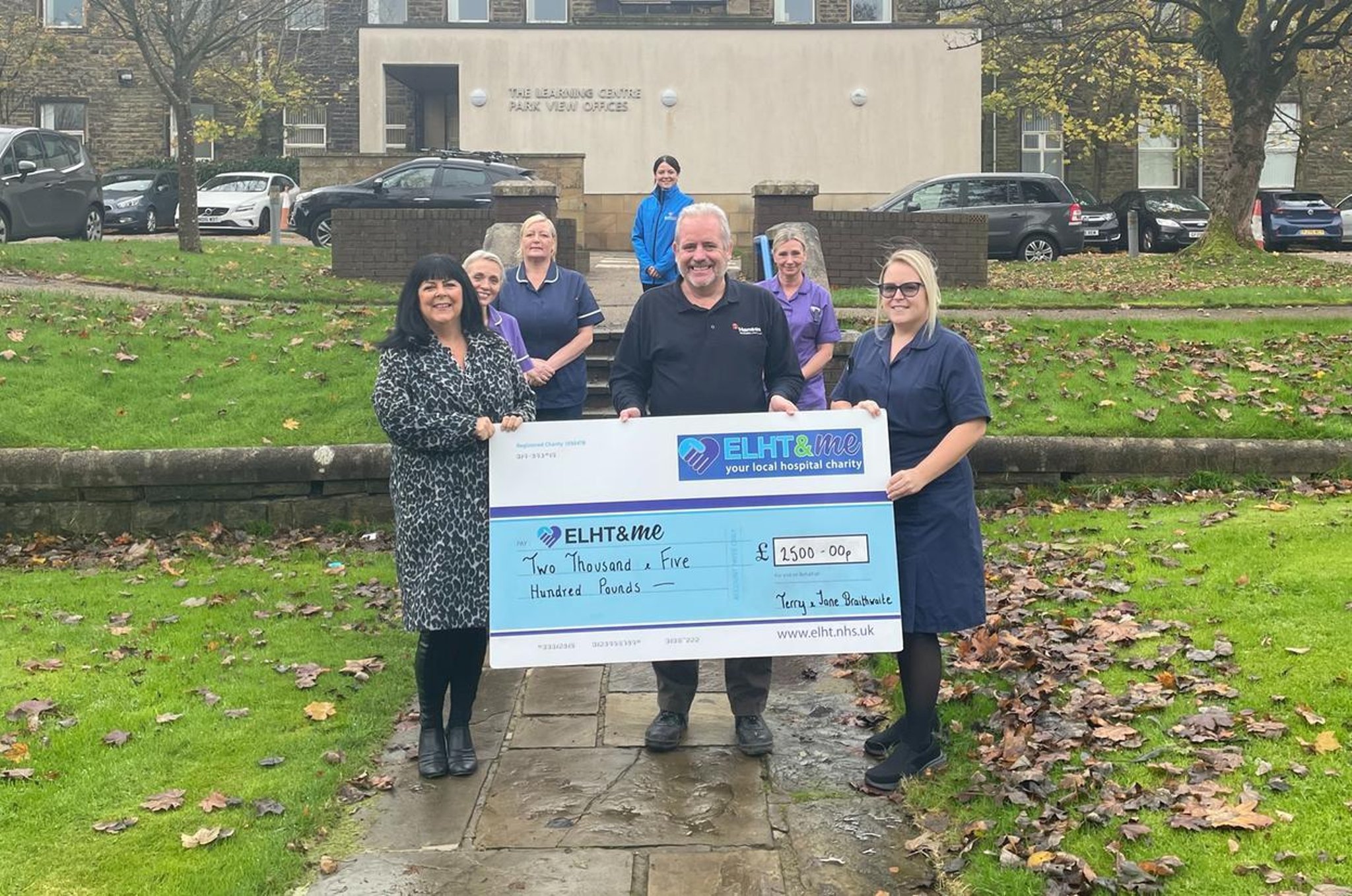 Now in remission, Terry is enjoying his second chance and has said he wants to give something back to his local NHS Hospital Trust.

As such, together with his wife Jane, he organized a charity football match to raise funds for ELHT & Me, the official charity of the East Lancashire Hospitals NHS Trust.

Terry, president of Rimington FC, assembled a veteran squad to play against a team of Hanson employees who saw the Rimington Veterans win 6-2.

â€œThe staff at the Royal Blackburn Teaching Hospital chemotherapy unit are brilliant and that’s one of the reasons we did the fundraising,â€ said Terry.

â€œOn the way to unity, I would always stop at the store and deliver goods to staff, but wanted to give something more.

Terry’s daughter, Lucy, said: â€œAs a nurse you empathize with all patients and their loved ones, but when my dad investigated and received his diagnosis my heart broke. thinking that my dad, my hero had to undergo chemotherapy. But it’s incredibly strong and with our strong family bond, we’ve been through it as a family.

â€œThe chemotherapy unit and everyone involved is a fantastic team and made it possible for me, my family and especially my father to feel so comfortable during all of his appointments and treatments,â€ and I am eternally grateful for it. The donation went to a fabulous cause. I am proud to work for East Lancashire Hospitals NHS Trust. ”

Jane Braithwaite said: â€œAs Terry’s wife, it was such a worrying time for the whole family and myself. This is where the staff and the chemo unit came in. From start to finish they were fantastic and explained everything and allayed any fears we had.

â€œThe care they provided to Terry was second to none and extended that care to our entire family – answering all questions and always welcoming us with a smile and positivity.

â€œI was and will always be grateful for their wonderful care and support and I hope people continue to be as generous as possible with their donations to improve what is already an incredible service / unit. They deserve it. absoutely. “

The Royal Blackburn Teaching Hospital’s chemotherapy unit appealed in August to raise Â£ 30,000 for a complete refurbishment. The funds raised during the charity football game will be used for the renovation and the team of the chemotherapy unit is more than grateful for the donation.

Saturday’s JMU-W & M Football Game Could Be Last For A Spell, With Nothing On The Books | University sport