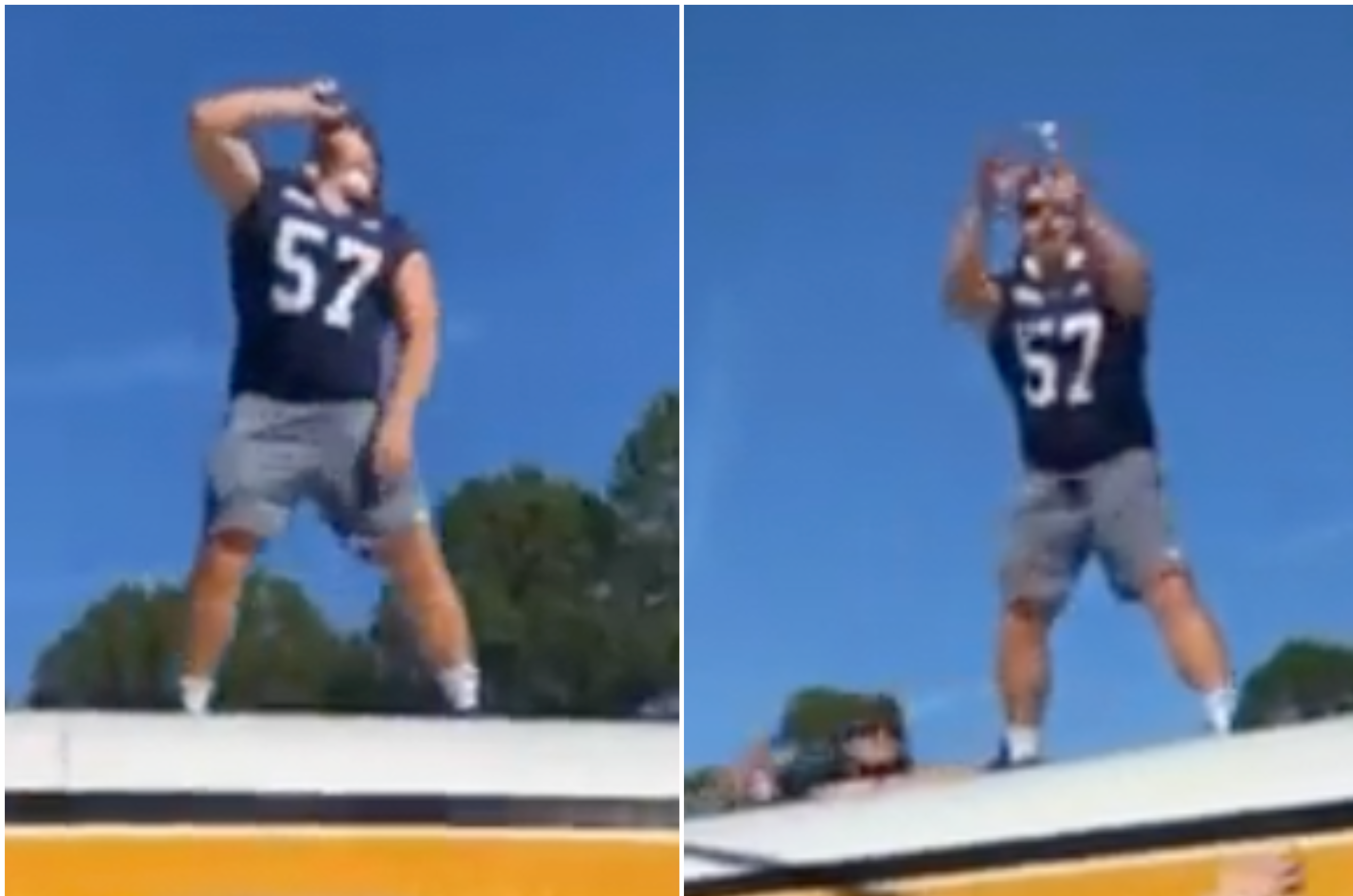 College football player Gavin Adcock, who plays for Georgia Southern University, has been suspended after a video of him drinking a beer on top of a yellow school bus was posted online.

Adcock, who plays as a defensive tackle for the college’s American football team, was caught drinking a can of beer as he stood on top of a moving school bus ahead of a game against the Louisiana Saturday.

Images of the player were uploaded to Twitter on Sunday, sparking criticism. Adcock has since been suspended indefinitely.

Erk, I’m sorry for this nonsense, excuse me, but what is this? Who sings the song of the valley? This man is surfing the bus and getting a pass for Steve’s hammer beer and drank it perfectly. Before the football match. Wow. pic.twitter.com/yoeBG6oc6X

The video shows Adcock standing on top of the moving bus as he walks past a crowd of fans. After grabbing a can tossed by someone into the crowd, he drinks the beer as people clap below.

According to the university newspaper The George-Anne, university athletic director Jared Benko addressed the incident on Monday. He reportedly said: “Obviously today is Monday and I just saw the video yesterday, so we are working on the proper processes and steps.”

There is a time and place to party (after typing a ** for 4 quarters). Before a game on top of our bus, ain’t the boss

After the video was released, Adcock showed up on the social media platform to apologize. He called his actions “selfish” and “stupid”, addressing the players and coaches “present and before me who have paved the way for this great program and institution”.

I love this place with a deep passion! Long live the south always !! GATA !! ðŸ’™ðŸ¦… pic.twitter.com/tY3Zu5dssX