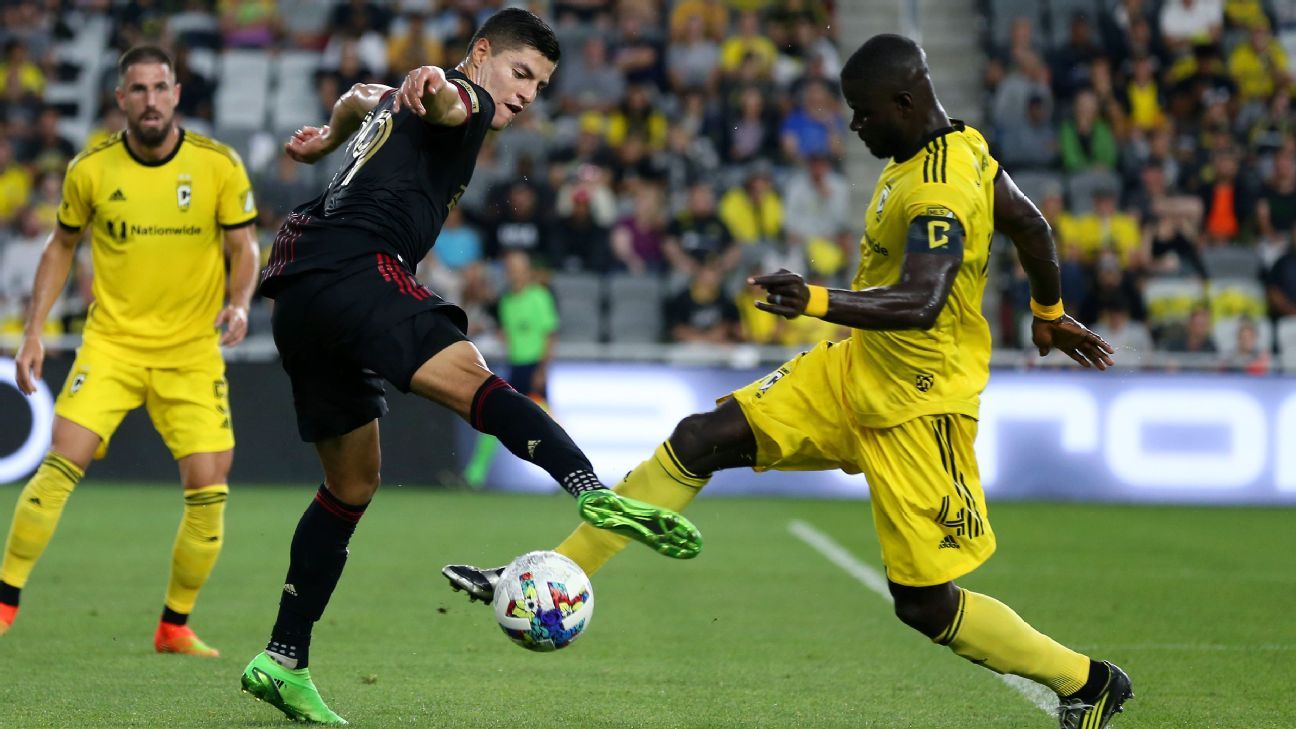 Cucho Hernandez scored twice but the Columbus Crew couldn’t keep the lead, allowing Atlanta United to rally for a 2-2 draw on Sunday.

Santiago Sosa scored his first goal in 39 career games in the 21st minute for Atlanta (7-10-9, 30 points) before Hernandez struck in the 66th and 72nd minutes. Juan Jose Purata tied the game in the 77th minute to help the home side score a point.

The match started 80 minutes late due to bad weather.

The Five Stripes, who are 0-6-5 in their last 11 road games, were in control before Hernandez struck.

Hernandez has scored eight goals in nine games since joining the Crew (8-7-11, 35 points) on a transfer from English club Watford.

His goal to make it 1-1 came on a counter with Kevin Molino passing to Luis Diaz in the right channel. Diaz’s ball found Hernandez in the middle of the box and he calmly settled it before scoring.

Will Sands got his first assist in five career MLS games to help the Crew take a temporary lead. He dribbled around several defenders towards the baseline and then sent a cross into the penalty area. Hernandez moved the ball from his right foot to the left before shooting.

Atlanta took a deserved halftime lead, pounced on the Crew early and capitalized on an exquisite strike from an unexpected source.

The Five Stripes almost took the lead in the 13th minute as Brooks Lennon forced a save by Eloy Room. Atlanta continued to press and when a ball from Caleb Wiley landed at Sosa, the midfielder took several dribbles and unleashed a 25-yard shot that flew under the crossbar.

The room was besieged four minutes later, but this time by teammate, defender Steven Moreira, who hit a clearance straight to the keeper.

Scottish football star heads to US on key scholarship