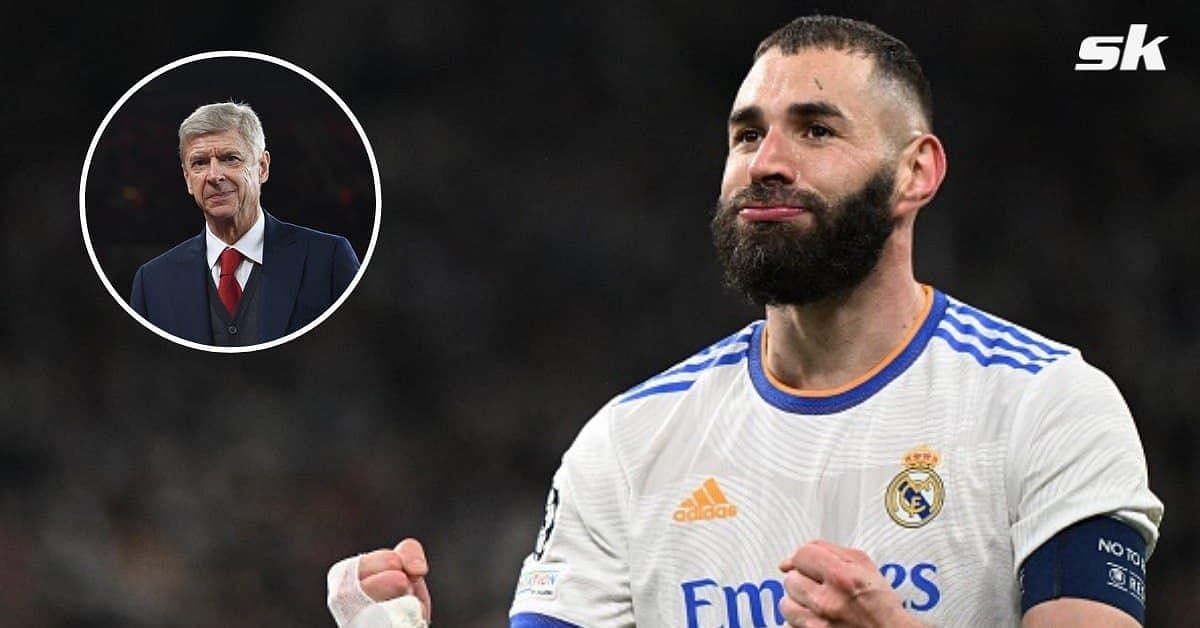 Real Madrid were expected to beat PSG in the second leg of the Champions League Round of 16 on Wednesday night. Trailing 1-0 from the first leg, Los Blancos were looking for an early goal to calm their nerves.

Unfortunately for the hosts, things didn’t go to plan as they ended up conceding just before half-time through PSG’s first leg hero Kylian Mbappe.

This is only the 4th time #Real Madrid overcame a first-leg deficit for the first time since 2015-16.

Karim Benzema’s hat-trick takes him to 67 Champions League goals for Real Madrid. He is the oldest player to score a hat trick in a Champions League game. This is only the 4th time #Real Madrid overcame a first-leg deficit for the first time since 2015-16.#UCL https://t.co/IGzfvZGHil

Just after the hour mark, Los Blancos skipper Karim Benzema took charge and scored a 17-minute hat-trick. His hat-trick helped Real Madrid win 3-1 on the night (3-2 on aggregate), securing their passage to the Champions League quarter-finals.

Wenger was deeply impressed with the 34-year-old’s performance and called his compatriot a “complete football player” with “supreme intelligence”. Speaking on BeIN Sport (via Mirror), the Frenchman said:

“For me, he is the complete football player – he has absolutely everything. What I love about Benzema is that he is a team player and everything he does looks simple. You always think you could do what he does – he’s supreme intelligence.

Wenger remarked that the Madrid striker had found a ‘new dimension’ in his game since Cristiano Ronaldo left for Juventus in the summer of 2018.

The 72-year-old believes the France international has improved year on year, adding:

“He has taken on a new dimension since Ronaldo left. He took on more responsibilities and he grew. I must say that I admire the year 1987 – Benzema is 87, just like Suarez, Messi and Cavani. Benzema seems to be improving every year. I’m a big fan of his game.”

Former teammates Cristiano Ronaldo (451) and Raul (323) are the only two players ahead of the France international.

Last night’s victory was historic for the men in white. Not only did this make Karim Benzema the club’s third-highest goalscorer in history, but it was also the first time they overturned a Champions League first-leg deficit since the 2015-16 season.

Los Blancos then suffered a 2-0 defeat in the first leg of their quarter-final against Wolfsburg. Cristiano Ronaldo scored a stunning hat-trick in the second leg to secure a 3-2 aggregate win for Madrid.

Los Blancos are famous for winning the Champions League in the 2015-16 season, giving then-coach Zinedine Zidane his first major success as a manager.