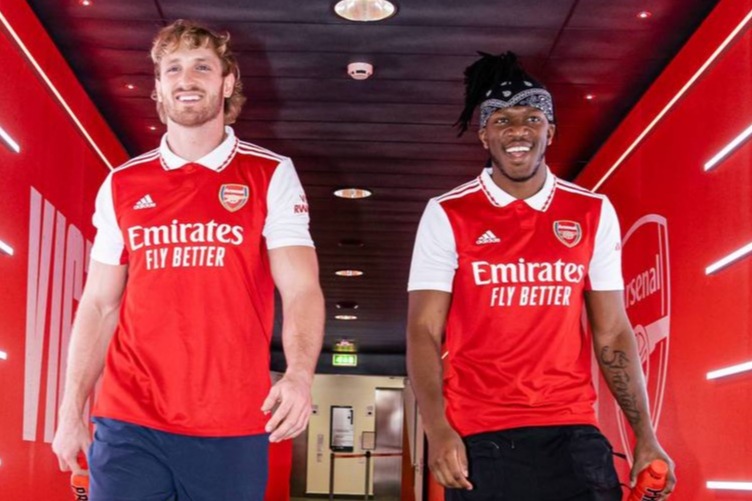 Crawley Town have revealed plans to scout The Sidemen Charity Football Match this weekend in search of potential talent to play in the FA Cup.

The Sidemen are a YouTube collective founded by vlogger-turned-boxer KSI and his friends.

They will face other internet celebrities, such as Logan Paul and Chunkz, in a sold-out valley on Saturday.

League Two side Crawley was recently taken over by crypto-sports company WAGMI United in a bid to make the Red Devils “the team of the internet”.

Now the club have announced a partnership with The Sidemen – and admitted YouTubers could be signed for Crawley’s FA Cup first round tie in November.

Co-chairman Preston Johnson said: “It’s no secret that we want Crawley Town FC to become ‘the team of the internet’.

“And while we normally refer to the growth of a global community of online fans when we use this term, why can’t it also refer to the players we seek and recruit to join our team?

“We know it’s an unconventional idea, to say the least. But we’ve never been shy about doing things differently, and we’re delighted to partner with The Sidemen and have the opportunity to scout their charity game to potentially identify a few quality footballers who can join the club ahead of our first FA Cup game. .”

Manager Kevin Betsy hinted the move was a symbolic gesture aimed at attracting new fans to the club.

The Sidemen have a combined 130 million YouTube subscribers and Betsy admitted any new signings would only play if the first-round match was “already well in hand”.

In an attempt to reassure club supporters, Betsy said: “When we step onto the pitch on November 5, our only objective is to win the game and get to the next round.

“The FA Cup is an historic competition which is incredibly meaningful to our club, our players and our fans, and we look forward to doing everything we can to make a deep run this season.

“However, the unique rules of this competition give us the chance to try something different, and we look forward to potentially welcoming new faces to the team.

“It’s fairly unlikely they’ll take to the pitch unless the game is already well in hand, but we’re delighted to be adding fresh blood to our training sessions and in the dugout – and , hopefully bring new fans to the club in the process.”

Crawley has a celebrity signing history: the Red Devils had TV personality Mark Wright on their books after impressing during Soccer Aid.

Watch the World Cup with talkSPORT

At talkSPORT we are powered by fans, so come join us for the ultimate World Cup fan experience this winter – at the talkSPORT fan zone.

In a huge covered room under the arches of Waterloo in London, we will bring you live screenings of every World Cup match.

There will be Q&A with talkSPORT talent, you’ll be part of our live shows and plenty of food and drink will be on offer too.

Come and have the best World Cup fan experience in London – and enjoy a free pint – with tickets for the England and Wales group stage matches on sale now HERE!