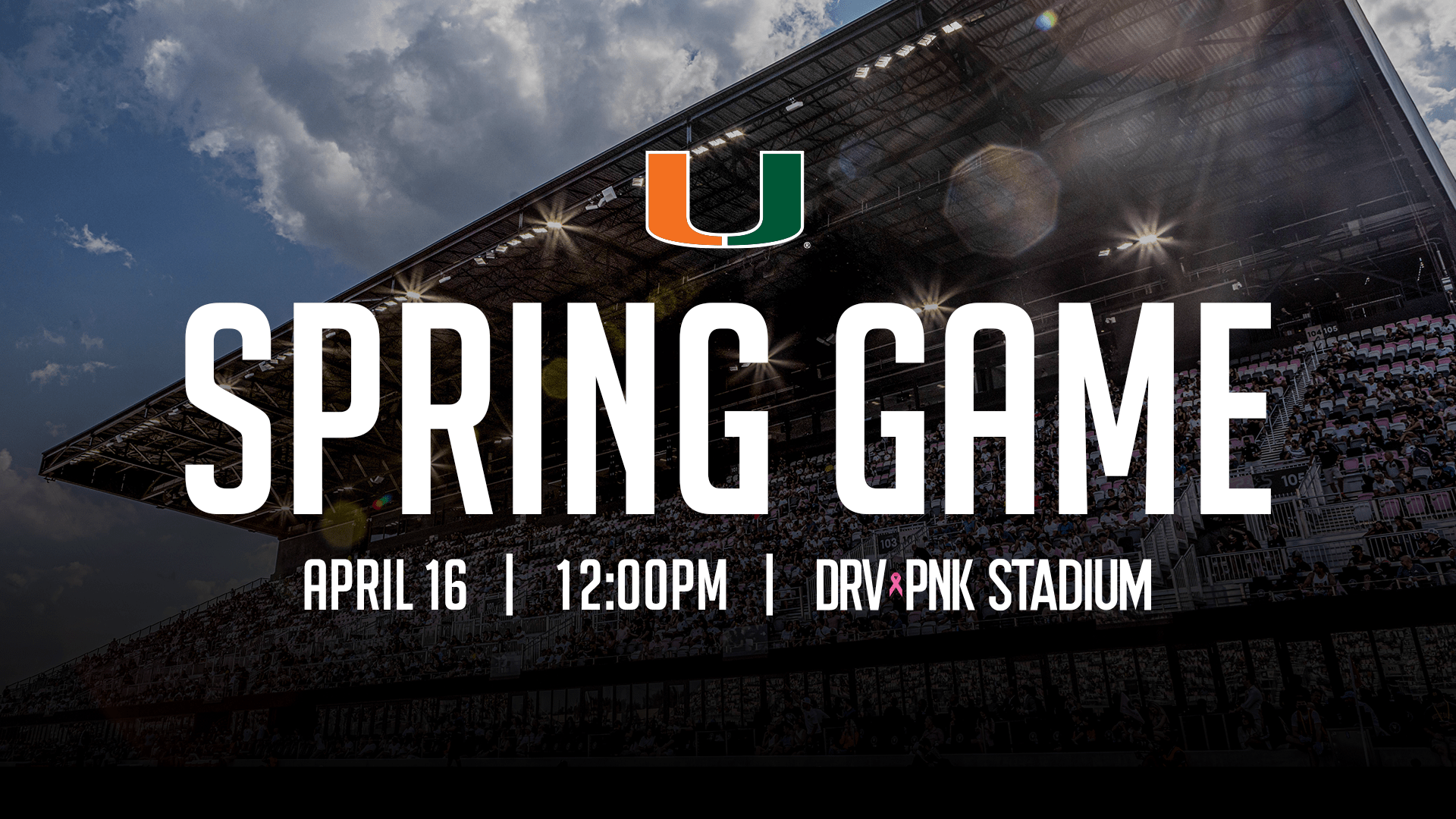 InterMiami CF and the University of Miami today announced that DRV PNK Stadium will host the 2022 Miami Hurricanes Spring Game. The scrimmage will take place on Saturday, April 16 at 12 p.m. ET and will be open to the public.

Fans wishing to attend the Miami Spring Game 2022 must register for tickets online by visiting InterMiamiCF.com/UMSpringGame. Tickets are required for entry. The Spring Game is free, open to the public and will take place rain or shine. Access to the general public viewing areas is on a first-come, first-served basis. Parking lots will open at 9 a.m. ET and gates will open at 10:30 a.m. ET. More details on parking will be provided at a later date.

The Miami Hurricanes’ spring football program began on Monday, March 7 and will conclude with the spring game in April. The team begins preparations for the 2022 season under new head coach Mario Cristobal, a native of South Florida. He joined his alma mater, where he was a member of two of the program’s five national championship-winning teams, after 10 seasons as a head coach elsewhere. The University of Miami will start the 2022 season on Saturday, September 3 against Bethune-Cookman at Hard Rock Stadium.

The team is also returning quarterback Tyler Van Dyke, Atlantic Coast Conference Football’s 2021 Rookie of the Year. He will be joined by a top-15 recruiting class in 2022, according to 247 Sports.