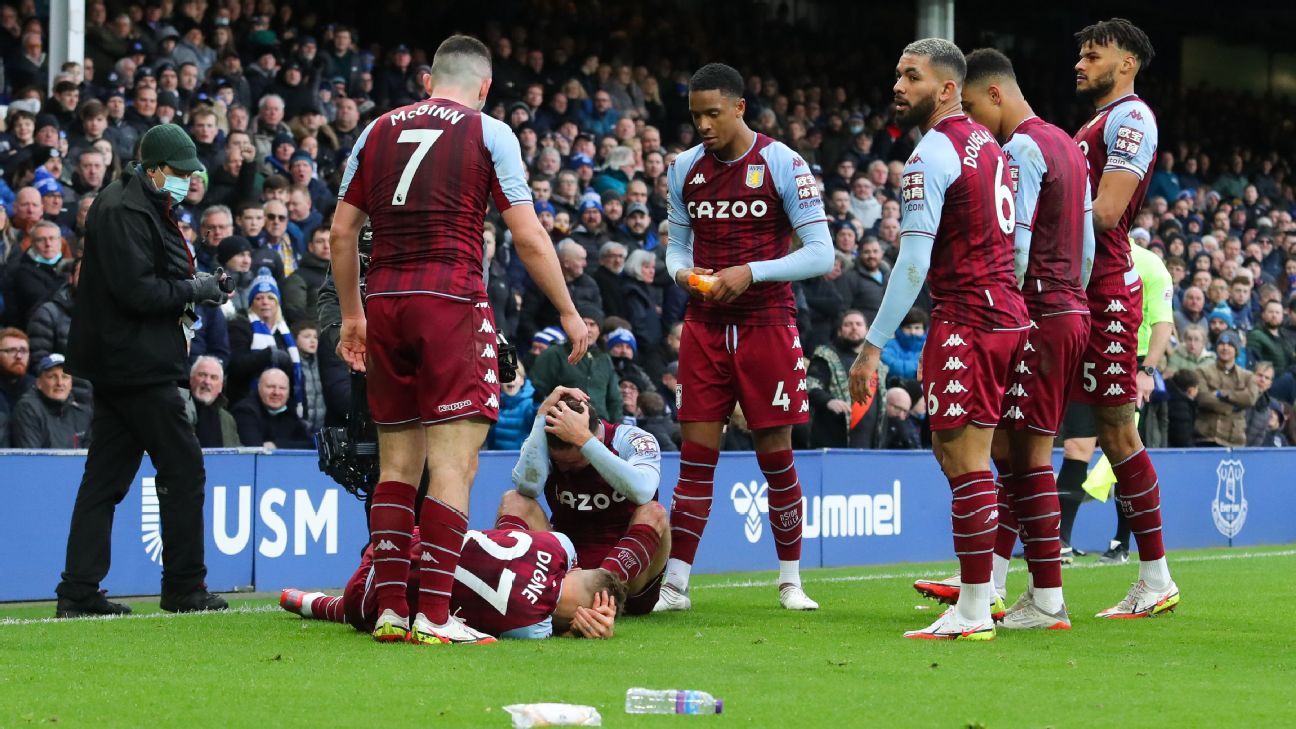 Everton’s first game of the post-Rafa Benitez era began with a 1-0 Premier League loss to Aston Villa on Saturday in a tense atmosphere at Goodison Park where the visiting side were hit by missiles launched from the crowd.

A spirited first half ended with Emiliano Buendia scoring with a graze header that flew past Jordan Pickford in goal and the defiant celebrations led to a bottle being thrown from the stands and hitting the Villa players.

Villa’s Matty Cash, who went down after being hit by a bottle, told BT Sport: “Crazy, it hit me right in the head, it’s not good but three points, we’ll take that.

“It was a tough game, they threw everything forward in the last 15-20 minutes and we said we had to deal with the horrible game. We got the three points, huge.”

Everton later said they arrested the fan who threw the bottle after security identified the culprit with CCTV footage.

Lucas Digne, who has been booed by Everton fans on his return to Goodison Park since last week’s transfer, provided the help and he was also hit by an object as stewards and police tried to identify the authors.

Duncan Ferguson, in charge at Everton for the second time after his brief stint as goalkeeper in 2019, had told his players to show ‘combat and determination’ but scoring opportunities were rare in the first half -time.

The introduction of winger Anthony Gordon greatly improved Everton’s attack in the second half, but his teammates failed to convert his delicious crosses into the box as Villa provisionally held on to 10th place with 26 points .

Everton are 16th on 19 points, five points above the relegation zone, having secured a league victory since September.

“The character was second to none and the transplant was really there,” Pickford said. “It will come, we work hard on the training ground and then we go out and express ourselves, it was not for today.”

Their sad state was highlighted by a banner unfurled above the stadium with the words ’22 years of failure Bill’, aimed at club chairman Bill Kenwright.