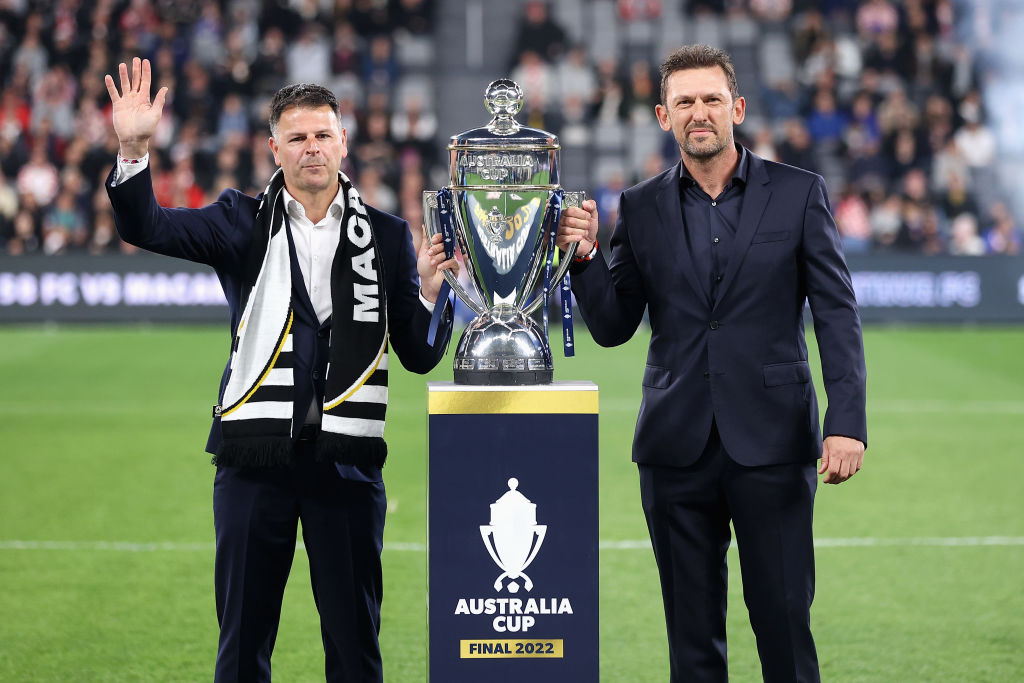 A second Sydney United 58 fan caught performing ‘a fascist salute or similar gesture’ in the Australian Cup final has been handed a lifetime ban by Football Australia.

NPL side NSW United – a former National Football League powerhouse – were the first second-tier side to reach the decider in the knockout competition.

But their success was overshadowed by the anti-social behavior of some of their supporters as they lost 2-0 to Macarthur FC last Saturday night.

It included Nazi salutes, a bunch of fans booing through the Welcome to Country and the singing of songs with fascist ties.

The FA banned a fan for life on Wednesday and concluded an investigation into a second fan on Friday, resulting in the same punishment.

Both fans are now banned from attending all FA-sanctioned matches, including NPL, A-Leagues, Australian Cup and national team matches.

“The ban is effective immediately,” the governing body said in a statement.

“As with the first ban issued by Football Australia on Wednesday, the conduct in question relates to a fascist salute or similar gesture made during the match and captured on the host broadcast.”

The FA are also expecting to receive submissions from United on Friday regarding a show cause notice issued due to crowd behavior in the Cup final.

Former Socceroos defender Tony Popovic, who made a name for himself with the club previously known as Sydney Croatia in the 1990s, was disappointed that some fans marred his former side’s appearance during the Australian Cup final.

“It’s a shame because it was a wonderful game, a wonderful occasion,” Popovic, now Melbourne Victory manager, told reporters on Friday.

“A fantastic football club had the opportunity to play in a final and I hope the next time it happens we can just talk about the great color, passion and noise that a football club of the NPL can bring.”

There could be more sanctions to come, with the FA continuing to review anti-social behavior in the Cup final with clubs and law enforcement.