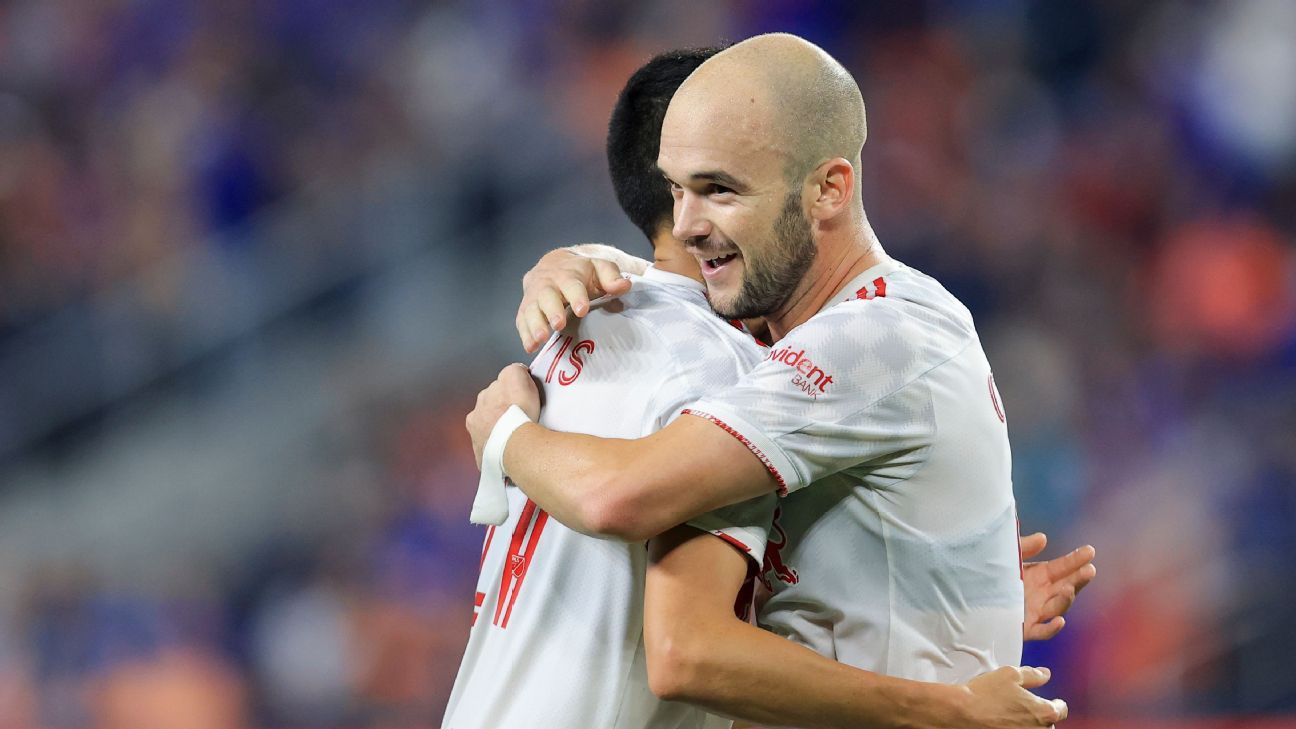 Andrew Gutman scored in the 73rd minute against his former team, and the visiting New York Red Bulls extended their unbeaten run to five straight games with Saturday night’s 1-0 win over FC Cincinnati.

Gutman, who made 29 appearances for the 2019-20 FCC, got behind the defense and landed a left-footed strike from the left side of the box that was a welcome moment for New York, who totaled 17. shots and threatened often on the evening.

Seeking to make their way to the Eastern Conference playoffs, the Red Bulls warm up at just the right time in the middle of a 3-0-2 streak. New York has also won three straight road games without conceding a goal in any of those games.

New York goaltender Carlos Coronel made three saves while completing his ninth shutout of the season.

FC Cincinnati, meanwhile, continues to struggle. With the least points in the league, Cincinnati have lost five in a row and have recorded just one victory in their last 18 games.

Although Cincinnati had a good portion of possession early in the game, New York was the aggressor in the first half in terms of attacking prowess. The Red Bulls held a 12-4 overall shooting advantage in the first, with four on target for the FCC goal.

Cincinnati goalkeeper Przemyslaw Tyton made two point-blank first-half saves: first on Wikelman Carmona in the 31st minute, then on Patryk Klimala in the 43rd.

Klimala appeared to score in the fourth minute of the game, but the flag went up on obvious offside.

Meanwhile, Luciano Acosta and Caleb Stanko failed to convert back-to-back quality chances in the 45th minute. Yuya Kubo’s strong attempt was saved by Carlos Miguel Coronel in the 11th minute of the second half.

David McCallum: We need to keep the momentum going