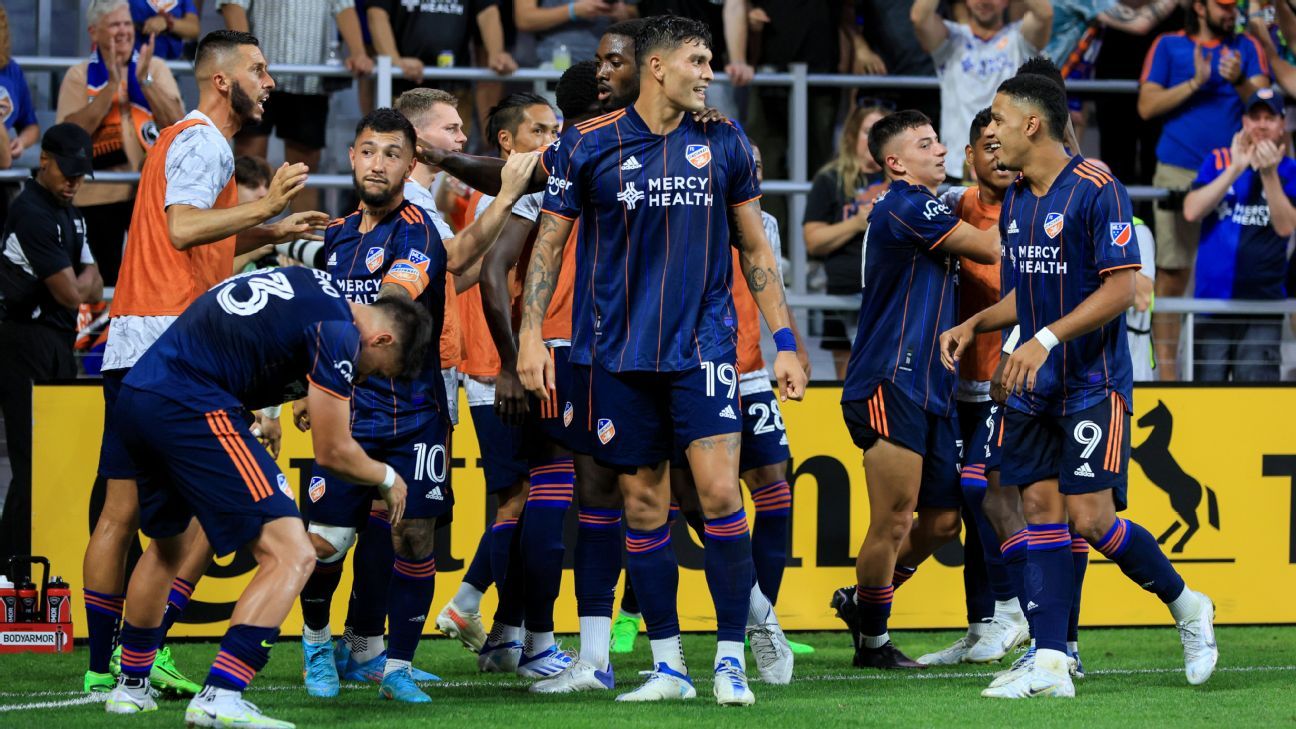 A trio of second-half FC Cincinnati goals lifted the club to a 3-1 win at home to Eastern Conference leaders Philadelphia Union on Saturday night.

Cincinnati (8-8-8, 32 points) was led by Alvaro Barreal, who assisted on the first scorer and scored the third. The 21-year-old Argentine midfielder now has four goals and six assists this season.

It was Cincy’s first MLS win since June 24 – a seven-game streak.

Philadelphia (12-3-9, 45 points) salvaged a 77th-minute goal from Paxten Aaronson but failed to tie with the hosts. The loss ended a six-game unbeaten streak for Philly, which suffered its third loss of the season and first since June 29.

After a first-half 0-0, Cincy opened the scoring in the 50th minute when Barreal – running up the left wing – received a fine pass from Luciano Acosta. Barreal, unmarked, then sliced ​​the ball inside the box where Brandon Vazquez easily slotted it home. It was the 14th goal of the year for the All-Star forward.

After Brenner scored his fifth goal of the season in the 55th minute, Barreal scored another goal in the 71st. This time he played a little back and forth with Acosta inside the box. When Acosta returned the ball to him, Barreal kept his balance against a defender and scored inside the far post.

In his last match with FC Cincinnati, forward Haris Medunjanin replaced Acosta in the 85th minute. He is set to join a club in the Netherlands to be closer to his family.

The Union managed 15 shots but only put two on target. Philadelphia also controlled 52% of possession.