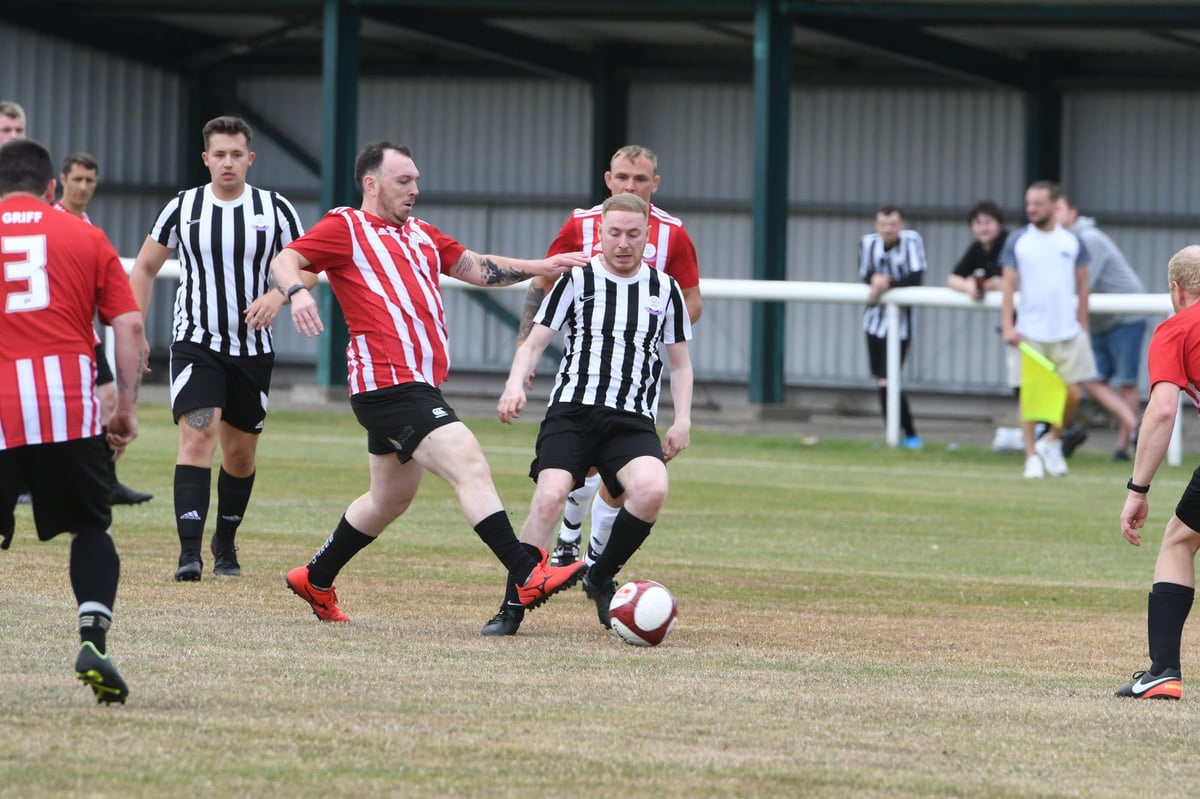 Michael Hall, from The Nook, South Shields, died aged 27 in May 2019, just two weeks before the birth of his daughter Chloe-Grace.

And on Saturday (July 23), they came together once again for a charity football match in aid of Cancer Research UK.

The event raised hundreds for charity.

The match, at Harton Welfare Club, saw Michael’s two brothers, Phillip and Stephen, take part, while Jon, the father of Michael’s partner Amy Day, captained one of the teams.

Michael was a Newcastle United fan, while his friend and organizer Jordan Maloy, 29, supports Sunderland, with the two charity match teams codenamed Sunderland and Newcastle.

“It went really well. It was a nice day,” Jordan said.

Michael died in 2019, just two weeks before the birth of his daughter Chloe-Grace.

Michael was among the rare 10% of cancer patients who show no signs of the disease until it kills them.

He had previously complained of back pain and discomfort days before his death, but showed no symptoms the day he collapsed at home and was admitted to hospital with a pulmonary embolism.

However, a day later, his family made the heartbreaking decision to turn off his life support device.

There was a minute of applause before the game started.

There was a minute of applause in memory of Michael before kick-off, followed by an intense football match, which the Sunderland side won on penalties.

Almost £600 was raised that day and over 90 people turned out to support the event.

In addition to the football game, there were also activities for children including Smartie Arties crafts, bouncy castle, face painting, raffle and raffle.

Jordan added: “Thank you to everyone who showed up. People got involved this year by buying football tops with the charity logo.

“Just to say thank you to everyone. To the players for participating, to the people for coming out, for buying raffle tickets, for donating.”