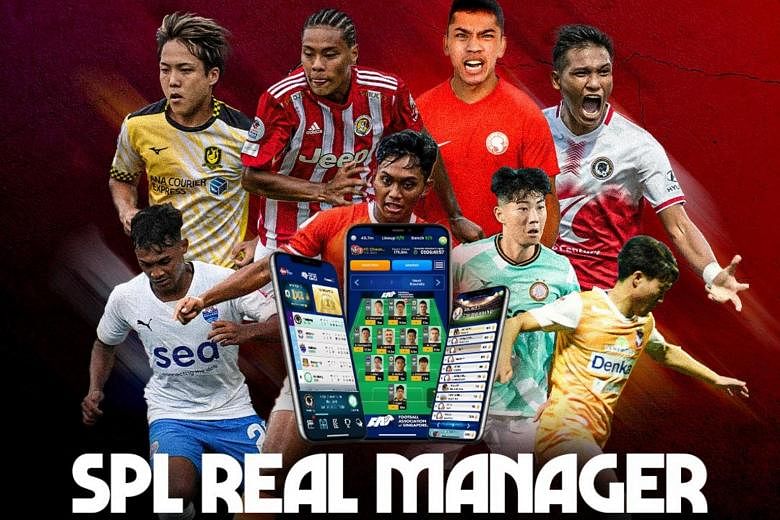 SINGAPORE – Fantasy football fans will now be able to fill their virtual squads with local favorites like Hariss Harun and Gabriel Quak as the Football Association of Singapore (FAS) announced the game’s rollout for the Singapore Premier League on Monday (March 14). (SPL).

Called the “SPL Real Manager,” the game is available in beta ahead of the fourth SPL matchweek, which kicks off Friday with two matches.

This phase of the game will end on April 27 and all scores will be reset.

A full launch – including a competitive league with prizes – will be made in time for the second round of the SPL season, which kicks off from May 6.

The first 2,000 users to create an account and create a team will receive a The Straits Times One Digital annual subscription valued at S$118.80.

The game is powered by Funatix Club’s Real Manager platform, which was announced as the SPL’s Official Fantasy Football Partner on Monday, with the multi-year deal – understood as an initial three-year term with an option to extend – d worth US$600,000 ($819,000).

The SPL will be the second league in Asia after the Thai Ligue 1 to partner with Funatix Club and join clubs like the Swiss Super League and the Mexican Liga MX.

FAS General Secretary Yazeen Buhari said: “Fantasy football has become an integral part of the fan experience in recent times, and we are delighted to be able to make this aspect a reality for the SPL, in the as part of our efforts to continually find new ways to engage our fans.

“The SPL Real Manager initiative is the result of feedback gathered during SPL fan engagements and we believe it will be the perfect complement to the action on the pitch.”

Ohad Crystal, Managing Director of Funatix Club, said, “We are proud to support the growth and development of the SPL with fan engagement, data and sponsorship opportunities. I’m sure soon the SPL Real Manager game will be an inherent part of the local Singapore football experience.”

The SPL Real Manager will allow users to choose a team before each SPL match week.

A team of virtual players will collect points based on the performance of their real counterparts. Other key features include a budget of $120 million, unlimited transfers between match weeks, a maximum of three players from the same club and a transfer deadline set at ten minutes before the start of the first matches of match week.

SPL Real Manager application can be downloaded from both Google Play Store and Apple Store or played on computer web browser at www.spl.sg/spl-real-manager.

Spartans tickets are on sale now!