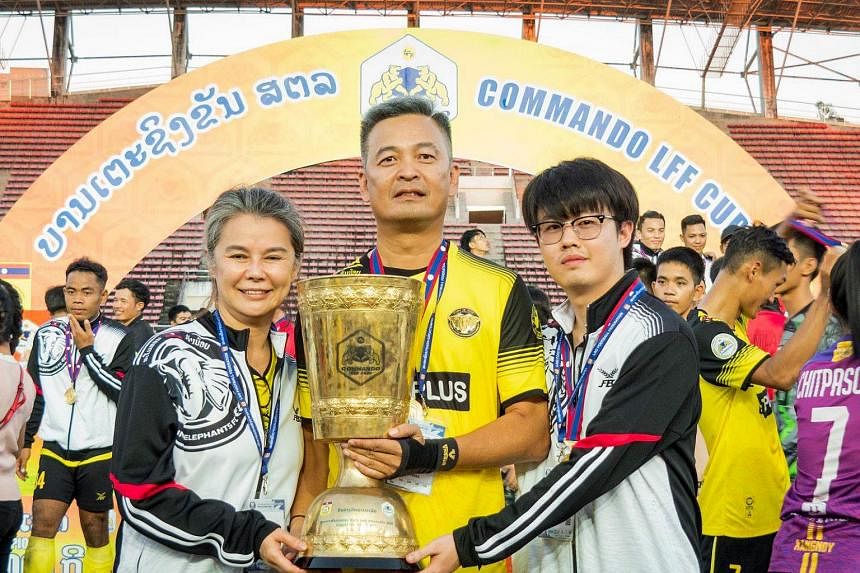 SINGAPORE – In 2020, Singapore Premier League (SPL) side Lion City Sailors heralded a new era in local football by becoming the first club to be privatized here. Backed by Singaporean billionaire Forrest Li, the defending SPL champions have become a star on the local scene.

About 2,000km away, in more modest surroundings in Vientiane, another Singaporean entrepreneur, Jason Lim, has also quietly built up a championship contender – Young Elephants FC of the Lao Premier League (LPL).

It’s a team he inherited from Ground Zero after being named chairman and club chairman in 2018.

Young Elephants was founded in 2015 by the Lao Football Federation (LFF) with the aim of raising awareness of footballers between the ages of 16 and 19 and helping them launch their professional careers.

But in 2017 the LFF relinquished ownership of the club due to club licensing and privatization rules and sought out Lim, who was well known to the federation due to his voluntary work as a chief executive. team of the Laos under-23 team between 2009 and 2017. A year later, Lim took over the reins. He also brought in other Laos-based Singaporeans – Kevin Pereira and Philip Tay – as board members.

Said Lim, 54, who has also been president of the Singapore Business Association in Laos (SBAL) since 2017: “When I was approached, I told the LFF people that I will try to do what I can. by, I grew up in the role and I love what I do.

“It’s been very difficult and owning a football club in Laos is not easy, especially due to a lack of sponsors. People here don’t make (enough) money for themselves, so why would they provide they a club?

“I had to build almost everything from scratch with help from friends who contributed here and there.”

In the club’s inaugural LPL season in 2018, they finished sixth in the eight-team league. Two years later, the club won their first domestic cup competition – the Laos FF Cup – to qualify for that year’s Asian Football Confederation (AFC) Cup. They are also currently top of the LPL after nine matches, with seven wins and two draws.

On Friday, June 24, the Young Elephants made their AFC Cup debut in a 5-1 loss to V-League 1 runners-up Viettel at Thong Nhat Stadium in Ho Chi Minh City. On Monday, they face fellow Group I contenders Hougang United. The Cheetahs posted a 4-3 victory over Cambodian champions Phnom Penh Crown to start their campaign last Friday.

Singapore’s other representative, Tampines Rovers, are in Kuala Lumpur and will face Malaysian Cup winners Kuala Lumpur City and Indonesia’s PSM Makassar in Group H. Both groups are part of the Asean Zone, along with Group G The three group winners, as well as the best runner-up, will advance to the zone semi-finals.

Lim’s development of young elephants into what he is today resembles his own life. An avid Singapore football fan, he admitted he was not good enough to play football at a professional level. He joined the TATA government training center under the Economic Development Council and learned technical skills which he later put to good use as a precision machinist for an oil rig.

While visiting friends on vacation in Southeast Asia in 1997, Lim fell in love with the simplicity of Laos. He seizes the opportunity and settles there. Today there is one family and two businesses – a surveillance systems company called Smart Solutions and a construction and maintenance company Lim Trading Group.

But Lim’s true love lies in football and his dream of seeing the club qualify for continental competition has come true.