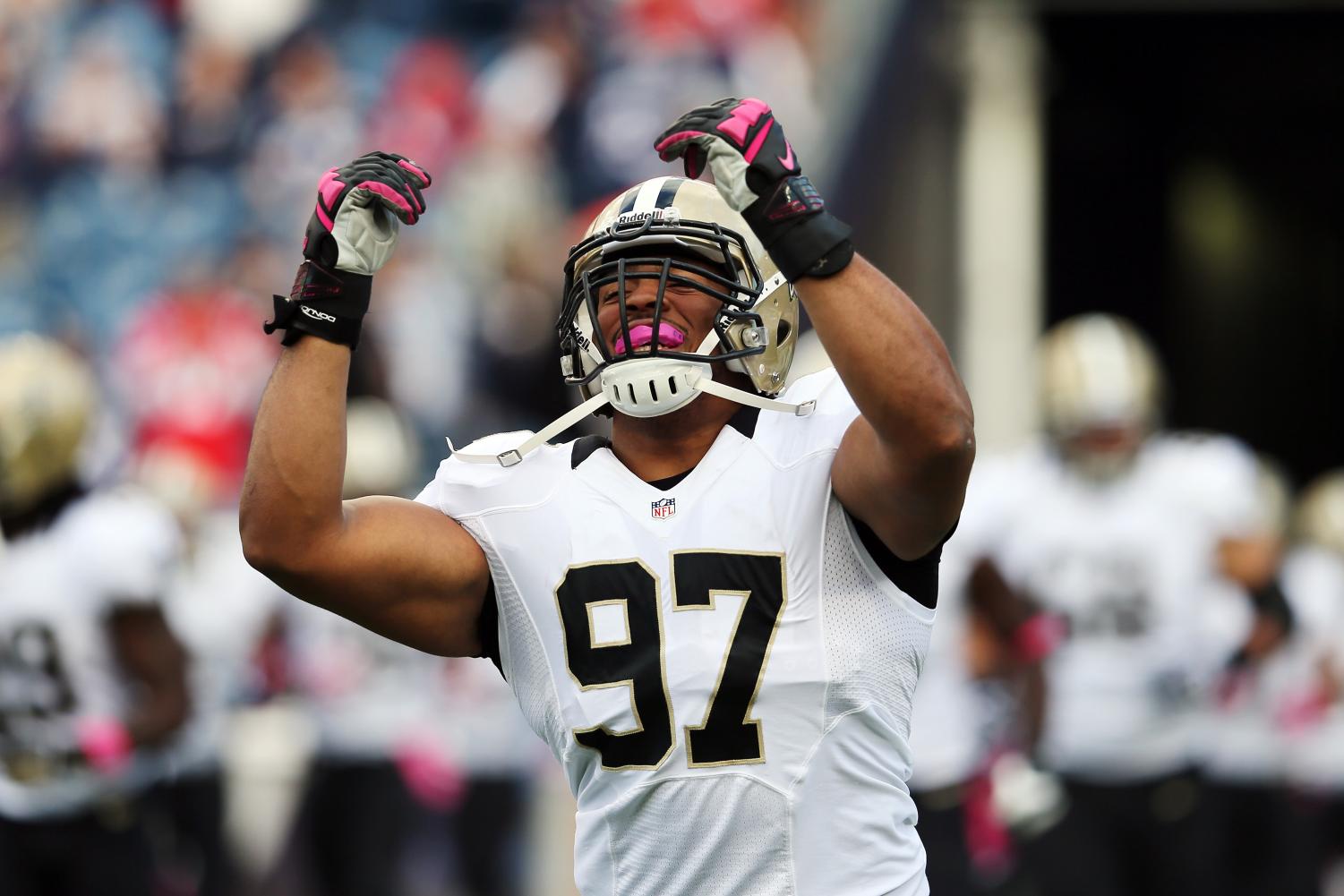 Former college football player Glenn Foster Jr. (97) takes the field before the start of the game against the New England Patriots October 13, 2013 in Foxboro, Massachusetts. Foster died on December 6 in police custody after a mental health emergency.

On December 6, former college football player Glenn Foster Jr. died in police custody, according to a announcement published by the University.

After being pulled over for allegedly exceeding the speed limit in rural Alabama, Foster, who was 31, got into a fight with another inmate according to authorities.

Foster’s parents said their son was diagnosed with bipolar disorder and may have had a manic episode at the time of his arrest, according to The Times-Picayune / The New Orleans Advocate.

And there are concerns that Foster’s mental health issues were not treated properly while in custody, his parents said in the same statement.

Foster graduated from University in 2012 where he majored in sociology in addition to playing for the school football team. After graduation, he played in the National Football League for the New Orleans Saints for two seasons.

An investigation has been opened into Foster’s death.

Kent Brown, the University of Illinois football spokesperson, said everyone in the county will seek answers as more information is released.

â€œAnytime there’s an involvement between a young black man and the police that goes the wrong way, we’re all interested in what exactly happened there,â€ Brown said.

Foster was not considered to play in the NFL during most of his time in college, Brown said.

But Brown said Foster’s exceptional performance in front of scouts in his senior year completely changed his outlook on playing professionally.

After that day’s performance, Brown said he got the opportunity to play for the NFL – almost every soccer player‘s dream.

â€œHe took this unique opportunity to do his best and put a lot of effort into it,â€ said Brown.

Buckner, who said he met Foster when he was a rookie at Mount Carmel High School in Chicago, said they had a lot in common. Buckner and Foster were both University defensive linemen who grew up on the south side of Chicago.

“It was a guy from Chicago who decided, when he could have gone to a bunch of different places for college, to stay home and give back to the state that gave him so much,” Buckner said.

As more and more information begins to emerge about Foster and how he died, Buckner said he would be eager to find out exactly what happened while in police custody.

Getting answers for his family and remembering his life and legacy are the most important things for the college community, Buckner said.

â€œI want to make sure people remember (Foster) for being the person he was – a gentle giant (and) a person who cared about people,â€ Buckner said. “(I want to) bring this conversation up to make sure his parents, wife and daughters get the answers they deserve.”