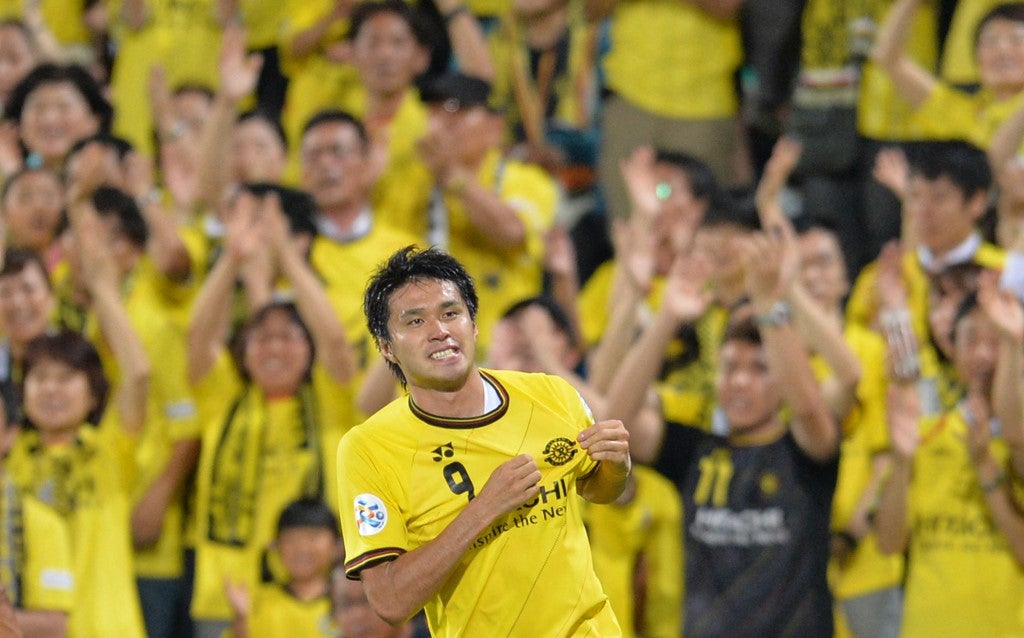 Kudo was diagnosed with hydrocephalus, an accumulation of fluid in the ventricles of the brain, and was hospitalized on Oct. 3 after falling ill a day earlier, Kyodo News Agency reported. He died on Friday.

Kudo was an important player during Kashiwa Reysol’s run to the Asian Champions League semi-finals in 2013, scoring six times in 12 games during that campaign.

He played for the national team in four matches in 2013 and scored two goals.

Together with the entire Japanese football community, we mourn the passing of Masato Kudo and would like to express our deepest condolences to his family and friends. pic.twitter.com/H1IQmogF2v

“He had a significant impact in the First Division,” Third Division side Tegevajaro Miyazaki, who Kudo had joined from Roar this year, said in a statement. “He played for Japan and had a great record, but he remained humble.”

“He had a great attitude, caring about his teammates, the club and the fans. We are devastated that such a great player passed away so soon.

Kudo, who also represented Sanfrecce Hiroshima, scored 60 goals in the Japanese top division during his career.

He won the J-League with Kashiwa Reysol in 2011 and played for Vancouver Whitecaps in MLS and Brisbane Roar in the A-League.

Brisbane coach Warren Moon said: “He had such a wonderful personality and always showed up to training every morning with a beaming smile on his face.

“He will be greatly missed and our thoughts are with his wife and young daughter at this sad time.”