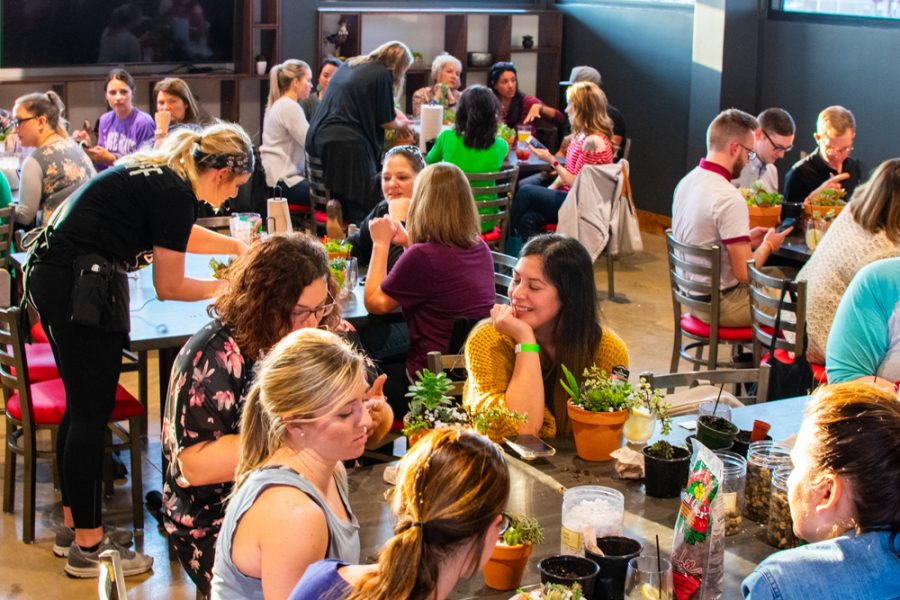 Now, he’s finding ways to connect college athletes in the landscape of name, image and likeness as a Chicken N’ Pickle ambassador.

“It’s just one of the ways we connect athletes with the community as well as Chicken N’ Pickle, but it’s something we’re targeting for college athletes to be loved, athletes in our community,” said said Dieter. “We’ve got some pretty cool Wichita State athletes so far.”

Dieter played for the Kansas City Chiefs for five years. During his playing career, he often found himself hanging out at Chicken N’ Pickle in Kansas City.

“I would just go over there and have a great time and they treated me awesome,” Dieter said. “As soon as I finished playing football, I had a job waiting for me.”

Dieter first approached Sydney McKinney from the women’s softball team to make the campus team. The campus team is a group of area varsity athletes who partner with Chicken N’ Pickle in a NIL partnership. Softball player Zoe Jones and men’s basketball player Craig Porter Jr. are just a few players who are part of the campus team.

Dieter said those on the campus team must post messages on social media to promote Chicken N’ Pickle and attend at least two to three community events during the term of their contract.

In return for their promotional efforts, each athlete will receive some cash, Chicken N’ Pickle gift cards and discounts on property events such as pickleball court hours.

There are six Chicken N Pickle locations and Dieter said the plan was to sign around 15 athletes at each location.

“After the Sunday Chiefs watch party, it’s clear I have work to do on my Pickle Ball game, but it’s a great way to connect with our awesome community,” McKinney said in an Instagram post. .

Although he has an Opendorse platform for every athlete in Wichita State, Dieter said instead of going through an agency, he approached every athlete directly to join the campus team.

“You never know what happens after you finish playing a sport and for me it was like the organic relationship between Chicken N’ Pickle and my playing career,” Dieter said. “Obviously not everyone goes professional, so I think the most important thing is just to create a relationship between a company and an athlete.”