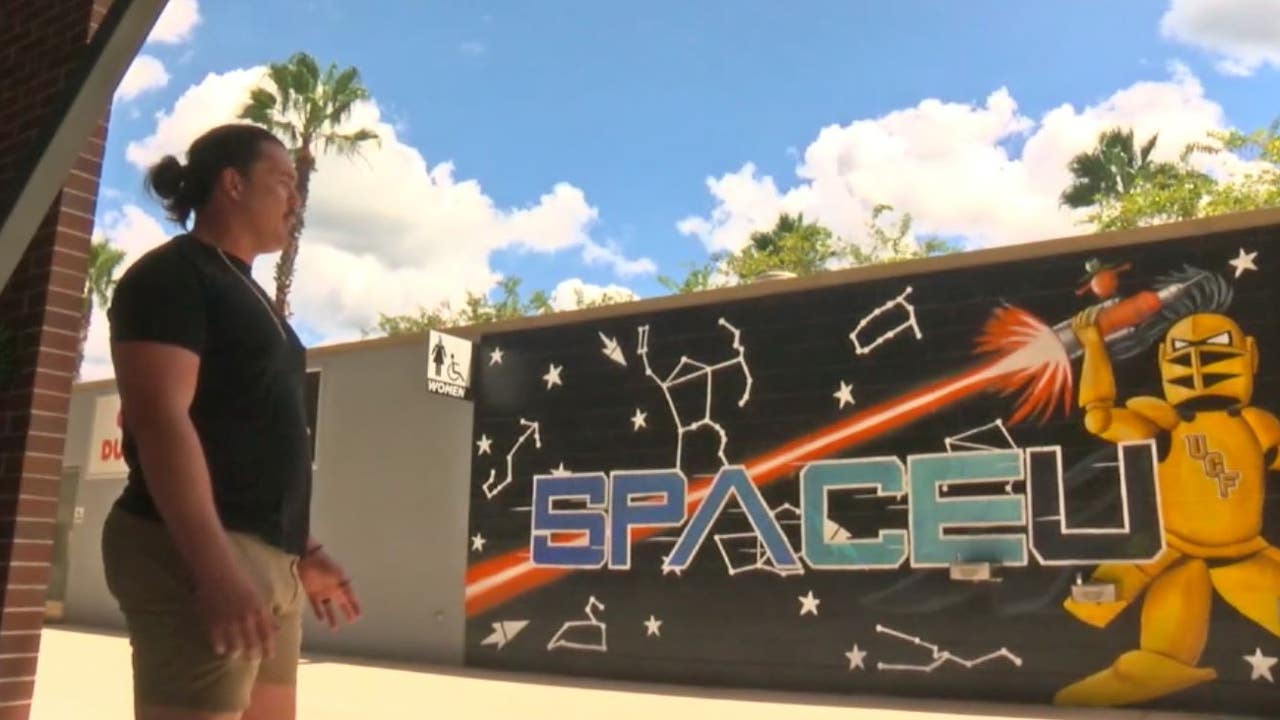 ORLANDO, Florida. – “My love of art came from doing arts and crafts and art projects with my mom growing up,” Aaron Evans said.

Evans is a former UCF Knights National Champion offensive lineman-turned-artist. He played at UCF between 2013 and 2017, according to his UCF biography.

“I was just drawing in meetings. I would get in trouble because I would draw the logo of the team we were playing against that week, or I would draw the coach while he was talking,” Evans said. .

After UCF, Evans dabbled in the NFL and professional football, but never made a career out of it. He was cut by the Eagles and played for the Orlando Apollos for a league that eventually folded.

That investment has paid off as Evans has now created murals for people across the state, including several at his alma mater’s football stadium. He also sells his works online.

Although he’s made a career out of it, for him it’s all about connecting with people.

“Connecting with people is really what inspires me. Because art is such a unique medium and vehicle for speaking to really many different types of people. Because every image you create opens a door to a any other class or group of people that you wouldn’t normally get to talk to,” he said.

As for the art world, Evans told FOX 35 that he doesn’t really talk about his football past, but some people are aware of it and it’s getting some interesting reactions.

“I literally have to convince people at my art shows that I’m the artist. No one expects that from me. I remember I was doing a painting live at a party and the owner of the place came to me, he was like ‘you’re such a great man, and you paint such beautiful and delicate things, it’s so weird,'” Evans said.

Whether it’s the time he now spends teaching art therapy to children or those at risk, or his work on murals or paintings, Evans has found his true calling.

“I just feel a tremendous amount of gratitude, because I know where I’m from, and I can kind of see where I’m going for the first time in my life and I know that every brushstroke, every mural that I kind of leads in that direction, toward that goal, and it’s just, it’s wonderful,” Evans said.

Back to 1922: football match organized to bring the old ones home | Soccer BG