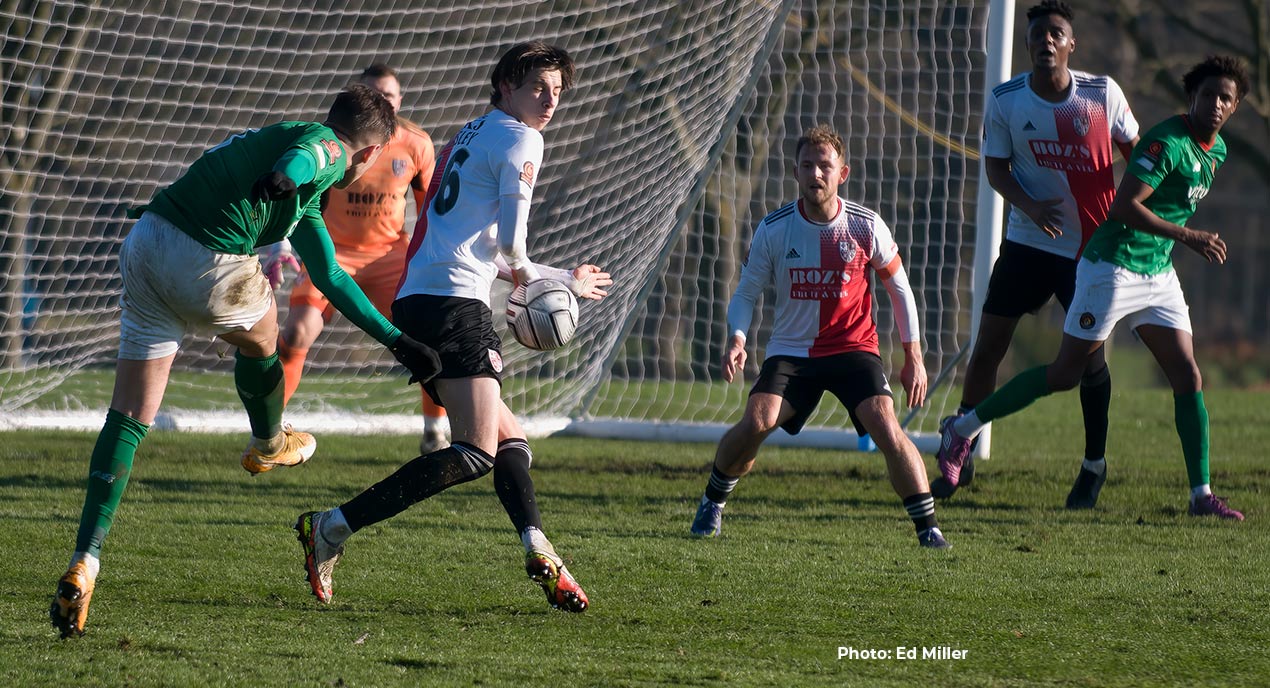 Fleet may have a blank weekend ahead in the calendar but that didn’t mean they would be anything but up to the vital month-end fixtures as a friendly was staged against National League Woking Earlier in the day.

The morning kick-off at the Cards training ground in Surrey proved to be a competitive affair with six goals exchanged and Fleet taking the game against powerful opponents, particularly in the second half when the visitors superbly bounced back from a two-goal deficit. .

Dennis Kutrieb was able to give minutes to Michael West, Will Wood and Alex Finney, both named in the starting line-up, while second-half appearances from Lee Martin, Kreshnic Krasniqi and Kieran Monlouis were also welcome.

It was Woking who started the scoring, going ahead in the 10th minute with a close-range header after a ball was whipped in from the right. That first period was probably the best performance of the National League game, as they kept things tight and limited the fleet to raids down the left from Adam Mekki.

But it was on the other flank that the equalizer came on 18 minutes as Fleet more than matched their upper division opponents, Wood battling into a pocket of space before breaking free to fire an excellent shot from 25 yards that slipped into the bottom corner. .

Fleet held her head high with several set pieces through Mekki, but both teams ended the semi-square.

The second half saw a number of substitutions before Tobi Adebayo-Rowling closed in on him when he raced up behind the right flank to launch an effort through goal that ran freely beyond the back post.

Woking regained the lead in the 56th minute, a touch from close range after a quick break on the pitch, but Fleet kept pressing and took advantage of most of the possession, Martin and Elliott Romain with decent chances after beat their men inside the box, while another shot backed off the post as the Cards pretty much maintained their lead.

They extended that lead in the 78th minute and looked like they had put the game to bed, but even though it may have been a friendly, Fleet refused to let their momentum count for anything and played an excellent pass soccer. Driven by Jack Paxman from midfield, and with Monlouis providing extra muscle in the middle, it was 3-2 with nine minutes left when Martin hit a shot on the post no less than he deserved after creating a couple. good opportunities.

And it was Martin who capped off the late comeback with his side’s third goal three minutes from time when he was knocked down in the box and got up to take the penalty home.

The fleet is back in the same part of the world with our trip to Dorking Wanderers next Saturday, January 22. Get online tickets for that one here.