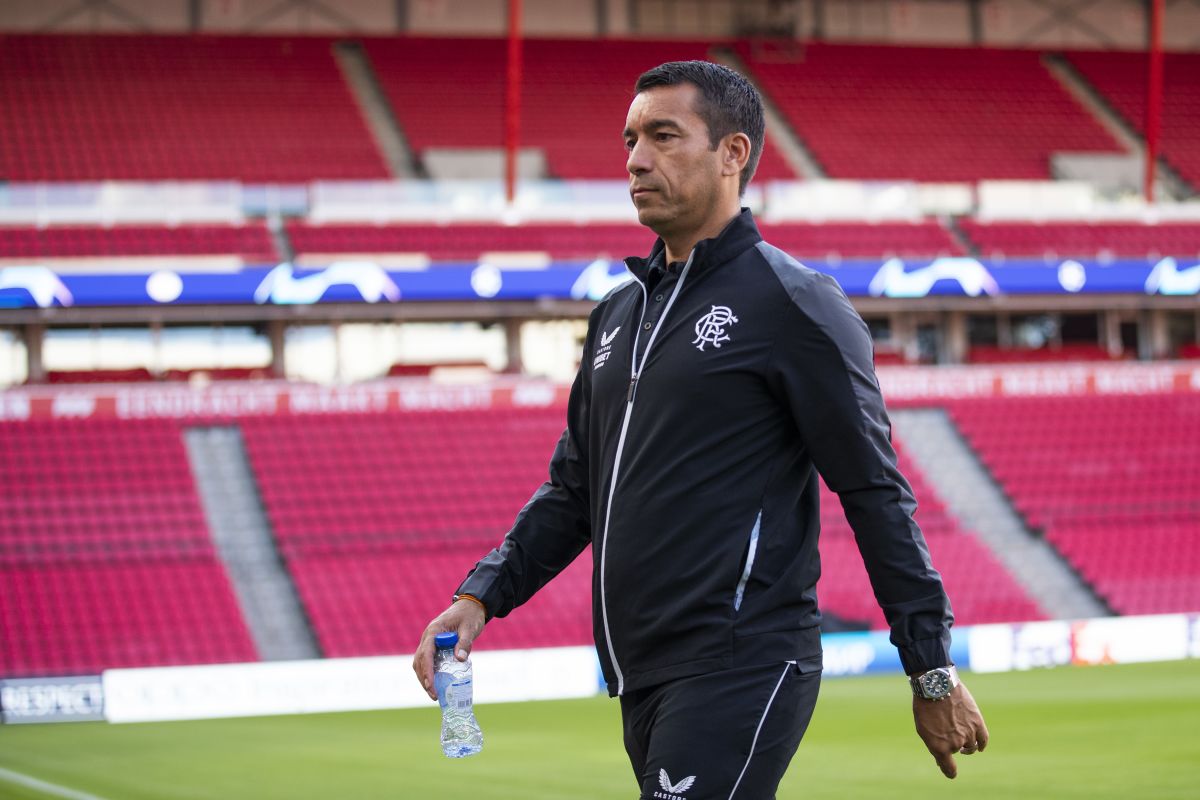 Gio: We are ready to give it our all

GIOVANNI van Bronckhorst says his side are ready to ‘give their all’ on the pitch tomorrow night in their UEFA Champions League play-off against PSV Eindhoven.

A 2-2 draw at Ibrox last week puts the level level ahead of this second leg as Gers bid to qualify for the group stages of the competition.

Speaking to the media at a pre-match press conference in the Netherlands, he said: “In football the most important game is the next one and for us it’s PSV and we We are aware of the threat they have, their strength at home, and we are prepared and ready for the game.

“I know the [PSV] players, I know the team very well and the way they played against us last week gives me more information on how they want to attack.

“We saw a lot of things that we can exploit, but also things that we need to be aware of because that’s the kind of game it was last week and we’re ready for a great game and excited as well.

“We’ve been playing almost twice a week all season, yes it was a demanding and physical game on Saturday but we’re here, we’re strong and we’re ready to go again tomorrow to give it our all on the pitch.”

The manager, who won the Champions League as a player, said the tournament was special for everyone involved as Rangers prepare for their final qualifying game.

He continued: “Every time I hear the melody something special happens and I’m sure all the players involved in the tournament and all the players who listened to the song last week for the first time, that brings emotions because it has such meaning.

“I think it’s the best club tournament in the world to participate in and it’s for everyone, for the fans, for the club, for the team, it’s something special and it never goes away. I won it in Paris 2006, it is one of my proudest achievements in football and nothing will make me prouder to bring Champions League football back to Ibrox with the group stages.

“That’s the level we want to compete at, of course we have to qualify for it. We have the chance to qualify tomorrow and it will bring so many good things to the club. Obviously everyone wants to be involved and we just have to make sure I’m aware that my players are focused and doing everything they can tomorrow to get us through.

Scottish football star heads to US on key scholarship