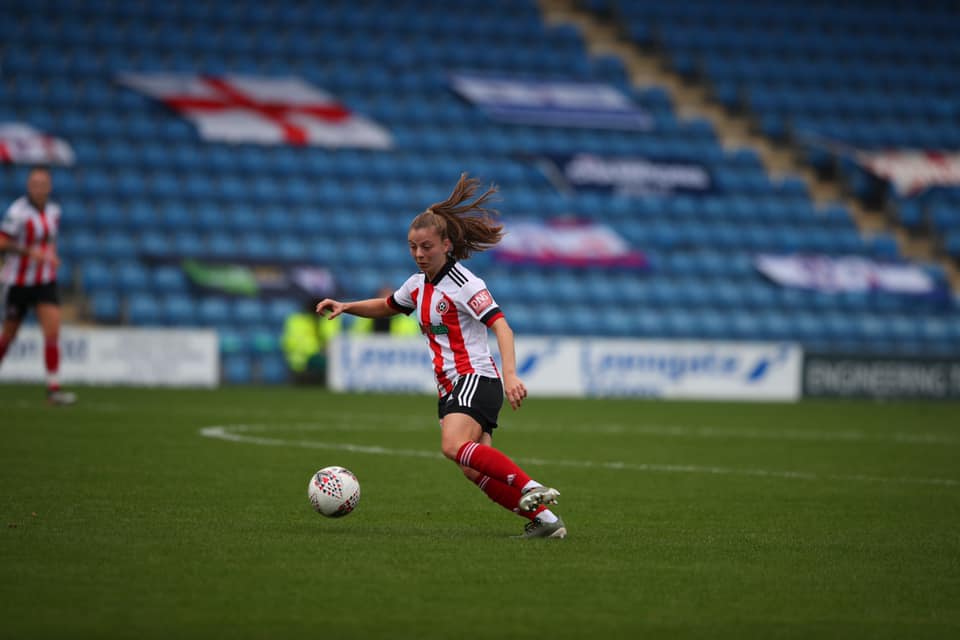 Her name is Veatriki Sarri and she is the first and only Greek player in the Barclays FA Women’s Super League. Playing football for Birmingham City, she hopes to be the catalyst for others to take the leap.

Sarri joined Birmingham in January after playing football for Sheffield United. She announced herself by equalizing in added time on her debut against rivals Aston Villa.

The Greek striker has moved from the Fourth Division to a full-time professional footballer. She made her senior football debut in Greece at just 17 years old. â€œIt was amazing. I played first for the under-17s, then for the under-19s, â€she said.

“And then all of a sudden I got the call from the senior team, and I was thrilled. I was over the moon, it was a dream come true. It’s an honor (to being the first Greek player in the BFA WSL), â€she said.

â€œI hope that will pave the way for other Greek girls who want to play football in England. I know there are a lot of talented players in Greece who could play in the league.

Sarri first came to England to play football for Leeds United in 2017, before joining coach Carla Ward for the first time at Sheffield United. She then moved up to the top division in January 2021, again working with Ward in Birmingham City.

â€œMy mother is English, so I had traveled to England before and always knew I wanted to come here,â€ she says. â€œI loved England as a country and also the career prospects in terms of football. I knew I could play professionally in England so it was always on my mind.

â€œIt was something I wanted to do and then when I finished school, when I was 18,â€ she adds. I made the decision to travel to England, play football and study at the same time.

From the fourth division to the Super League

â€œSo I graduated, played football and worked my way up the ranks, starting with Leeds, which was in the fourth division at the time. I made my way from the fourth, third, second, first division. It was a bit of a trip!

She says it was amazing because that was all she wanted to do. This is the reason why she came to England, to play football professionally. So she started almost from the bottom and worked her way up. â€œIt was a dream come true,â€ she says.

The 23-year-old is also leading the way through her YouTube channel, in which she gives a unique look into the life of a professional footballer.

She explains: â€œI watch behind the scenes of other professional athletes and footballers in particular. I think at the time there wasn’t really a backstage of top women’s football.

Birmingham City have had a tough start to the football season, collecting their first point of the campaign just before the international break. Sarri believes it may take time for the new team’s hard work to pay off.