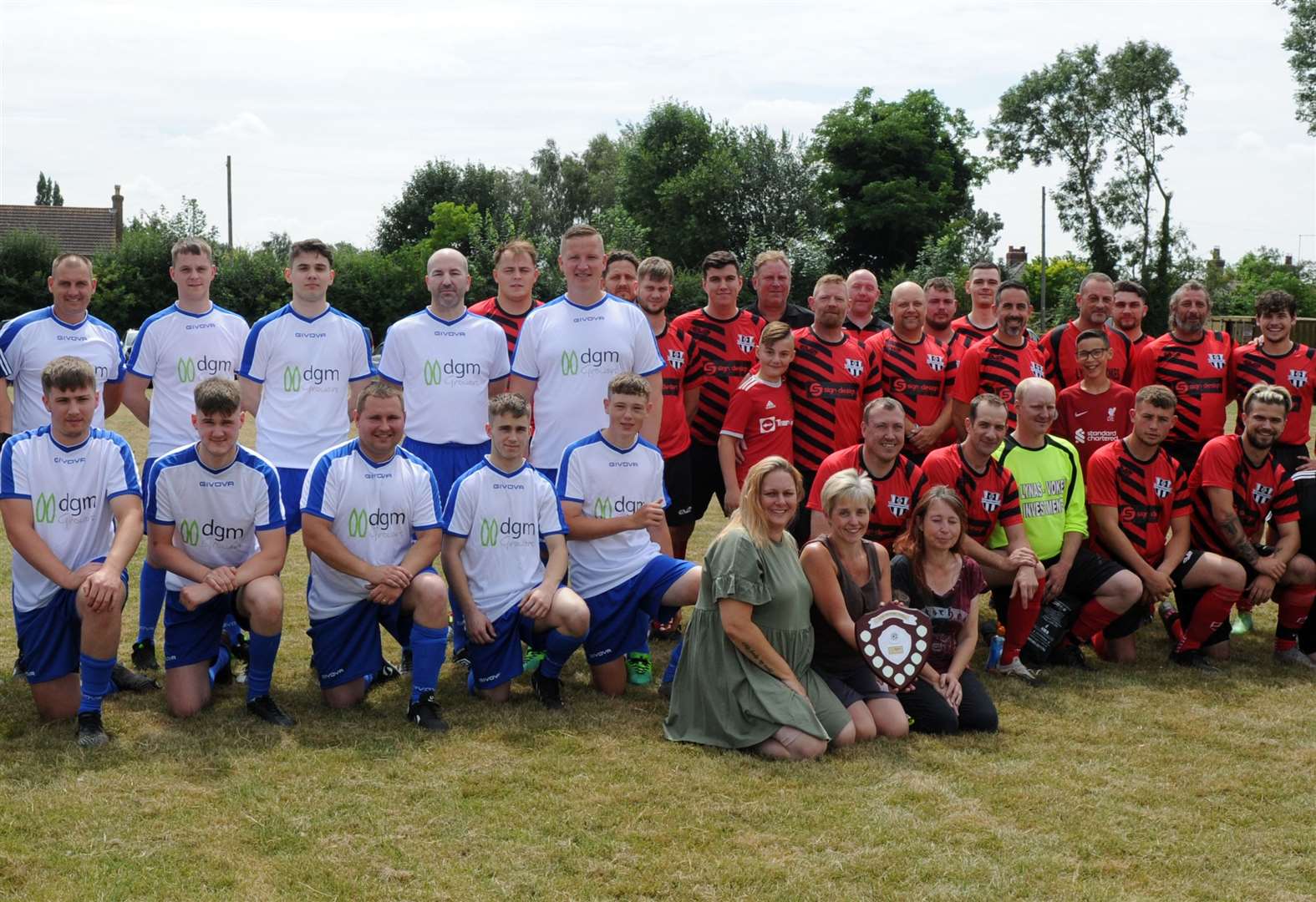 Fundraising took the lead in a fun day of charity football over the weekend.

A veteran Holbeach Bank FC’s side took part in a friendly against DGM Growers staff and friends on Saturday – with money raised for upkeep of the club’s clubhouse.

The DGM team emerged victorious after a 2-1 triumph – but the clubhouse were the real winners, with £614 raised after the 1.30pm kick-off.

Football club committee member Rachel Flood, who also works with Oak House, was delighted with how the afternoon went.

“It just seemed nice to merge the two. DGM donated a shield and we are going to make this an annual event,” she said.

” It was fabulous. Everyone gave really fantastic feedback.

A day of family fun also took place at the playground, located in Roman Bank, next to the flagship game itself.

The clubhouse was refurbished six years ago and funds had to be raised to keep it in pristine condition during the cost of living crisis.

The money raised will help pay for water, electricity and insurance – which has doubled this year.

Rachel said the committee is grateful to everyone who has lent a hand, and added, “We are extremely happy. The guys are thrilled and DGM wants to do it again – everyone is thrilled.

Three teams are operating from the lodge at the moment, while it can also be used by villagers.

There are some restrictions due to its size – late parties are not allowed, for example.

“We want more people to use the playground,” Rachel added.

“Hopefully we’re looking at a youth club next year as well. So it’s just about expanding what we have, really.

The weekend veteran’s squad has seen former players come together over the years to support the club.

They may not have triumphed that day, but they were thrilled that their efforts raised such a fantastic amount.