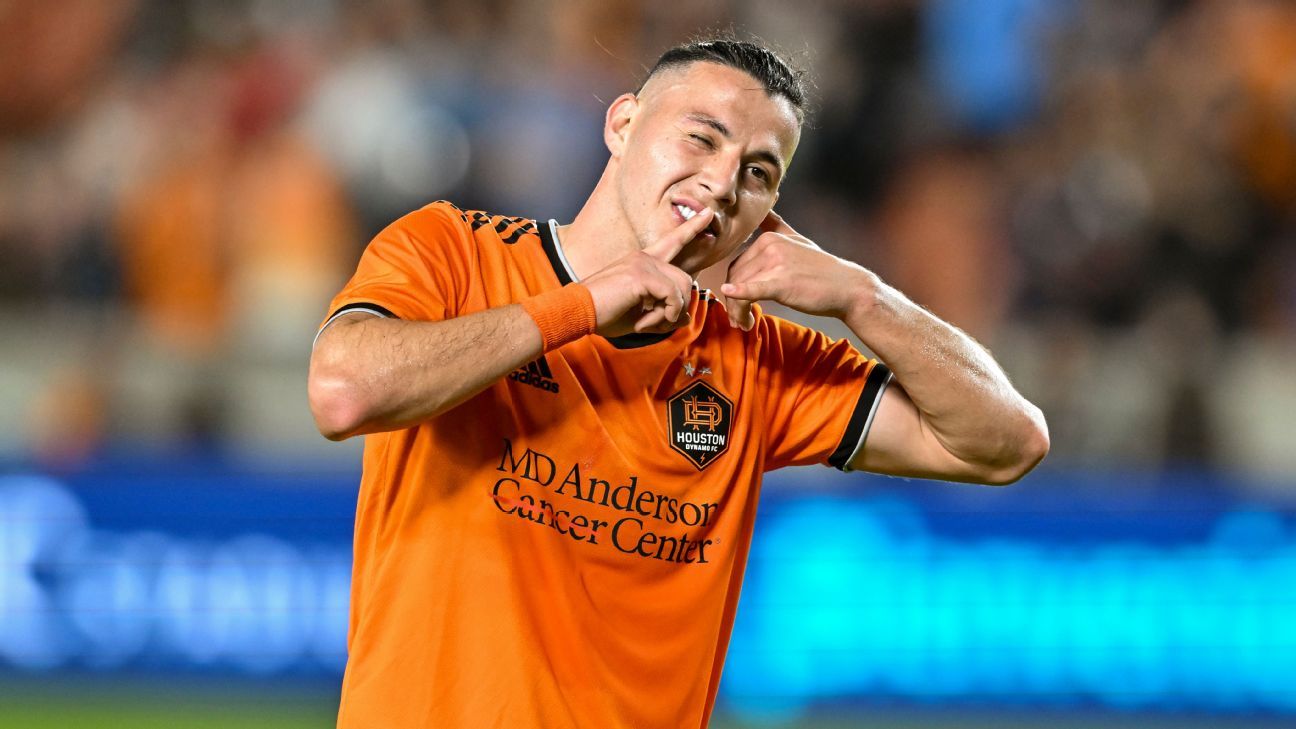 Carlos Sebastian Ferreira scored his first two MLS goals and the Houston Dynamo continued their home dominance over the San Jose Earthquakes with a 4-3 win on Saturday.

Dynamo have collected points in four straight games after being shut out in the first two games of the season.

Jeremy Ebobisse scored two goals in three minutes of the first half for the Earthquakes (0-4-2), while JT Marcinkowski made three saves. San Jose lost its sixth straight game to Houston.

Ferreira’s first goal came just eight minutes into the game on a right-footed shot from an Adam Lundqvist corner.

Earthquakes erupted for the header, securing Ebobisse’s 25th-minute equalizer from a tight pass inside the penalty area from Cade Cowell. Ebobisse scored with the left foot.

In the 28th minute, Ebobisee was back, heading home a long centering pass from Jan Gregus. It was Ebobisee’s third goal of the season, all in the last two games.

Dynamo even got 2-just before halftime when Quintero netted a long rebound from a save by Marcinkowski for his fourth of the season.

Dynamo took a 3-2 lead for good in the 57th minute when Hadebe pounced on a loose ball in front after a Houston corner. Ferreira, who joined the club in January from Club Libertad in Paraguay, scored his second goal in the 68th minute.

THE RED MASSAGED BY LIONS – News