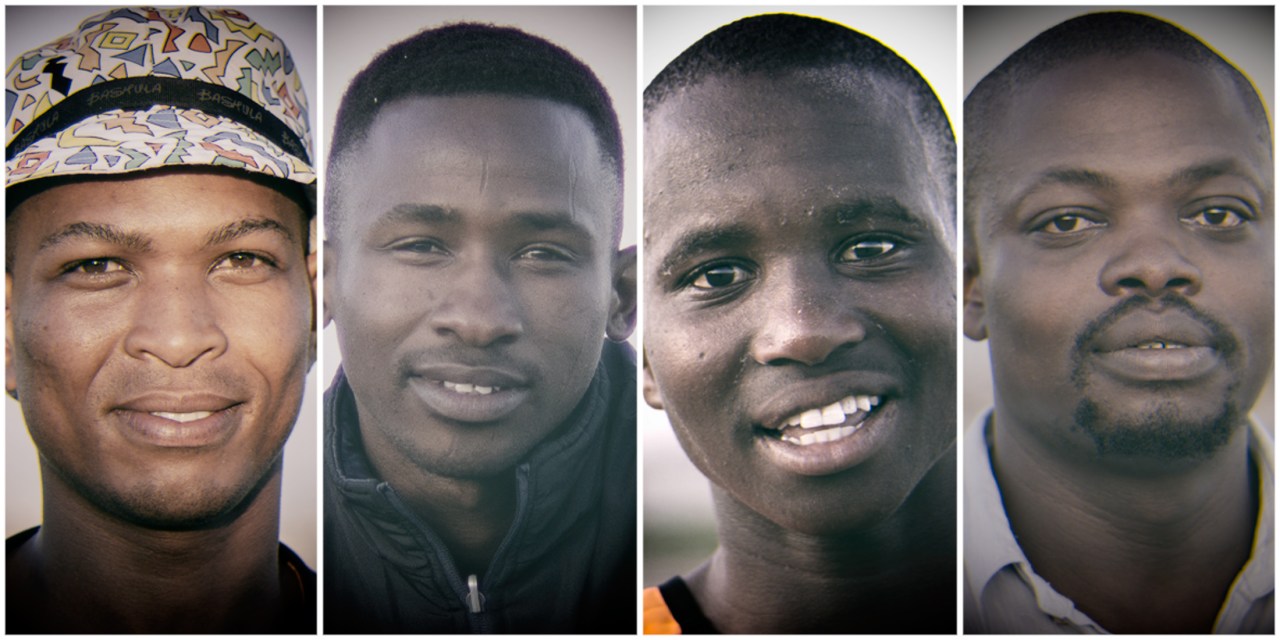 It was Milisa Tofu’s dream to be captain. Now, at a football club based in Khayelitsha, he has his chance.

Activists who founded the club, aptly called Role Models FC, said there was an urgent need for a platform to discuss important issues such as gender-based violence and mental health, and that football was a great way to bring young people together. The club, founded amid the Covid-19 pandemic, works with all age groups and has around 100 players who attend training and matches.

The idea for the team grew out of a social media post about rape culture by Axolile Notywala, an activist and community leader from Khayelitsha. He said the post got a lot of reactions and backlash.

Creation of a safe space

Role Models FC was born as a way to create a safe space for such discussions and for young men to be vulnerable. Notywala said the team’s idea was for the players to see themselves as role models.

“We don’t really have any positive role models in our community,” he said. “We know that some of our players look up to professional players as role models. But these are people who are far away. Sometimes even these models behave in ways that we consider problematic.

Notywala, former head of the Social Justice Coalition, said it was encouraging to see some of the behavioral changes already underway in the team.

One example occurred during a discussion of a gender-based violence case that made headlines. Someone, who was not part of the team, had hinted that the victim was to blame. The players present challenged him on his remarks.

“It gives the impression that they are learning, but that they are also unlearning a lot. It’s something we talk about a lot in the team. We have to unlearn certain behaviors,” Notywala said.

“Since we started playing, [we have found that] a lot of players have had anger issues and still have anger issues. We would see in practice how they would react and how they would yell at each other. It has completely changed. There are still one or two incidents but the majority of their behavior has changed.

Notywala said it was also encouraging to see other players wanting to come and play for the team.

“There’s a sense of community where we don’t just hang out on the soccer field. We expose these people to other things. The more conversations we have, the more we realize what some of the challenges are… We realized that a lot of them have mental health issues, whether it’s stress or depression,” he said.

Carrying a lot of trauma

Nkosikhona Swartbooi, an organizer for the team, said experience in movement building and activism helped create the team.

“We realized that we carry a lot of trauma. Sometimes people just need a space to talk about the issues they have. Sometimes that’s enough. »

He said a camp during an activist retreat at Boschendal in Franschhoek in 2020 brought the team to where it is today.

“For the first time, [the players] recognize their traumas. People were comfortable being vulnerable and unpacking their trauma – which then drew these players to the team and cemented an identity that “I’m a role model, despite everything I’ve been through in my life.” life – it is possible that I can change my life”.

He called for support to get professionals to help with mental health issues. He also said the team needed proper sports equipment and recreational facilities.

“It’s something close to my heart. My nephew drowned in a sewer because there are no safe spaces for children to play,” he said.

“Where should children play if there are no facilities? They will play on the road.

The team is not only doing good things off the pitch, but also on it. Last year, in their first full season, they won the Greater Blue Downs Local Football Association First Division Amateur League. The senior team, now in its second season, is third in the standings.

The ground where they train is in an area called Green Point in Khayelitsha, where most of the players live. It lies between formal housing and an informal settlement.

There is no grass and is flooded when it rains. But that’s the only place they can practice. The team called for better fields so that community initiatives like theirs could use them.

When the Daily Maverick the team went to the pitch for a practice on Wednesday evening, there were still puddles on the pitch even though it hadn’t rained for a few days. The players claimed the pitch was only leveled last year before an ANC political event took place there.

Under-16 and Under-18 coach Phumlani Mhlaba said the team is not only aiming to play football but also to change lives: “We can’t wait to see what they can achieve. .”

“If I can see one or two [players] from each division make it to professional football, it will be a great achievement. Not just for me as a coach, but for role models in our community.

“That’s what we hope to see in the future – these guys become bigger men than what we admired as good men.” DM168

This story first appeared in our weekly newspaper Daily Maverick 168, which is available nationwide for R25. 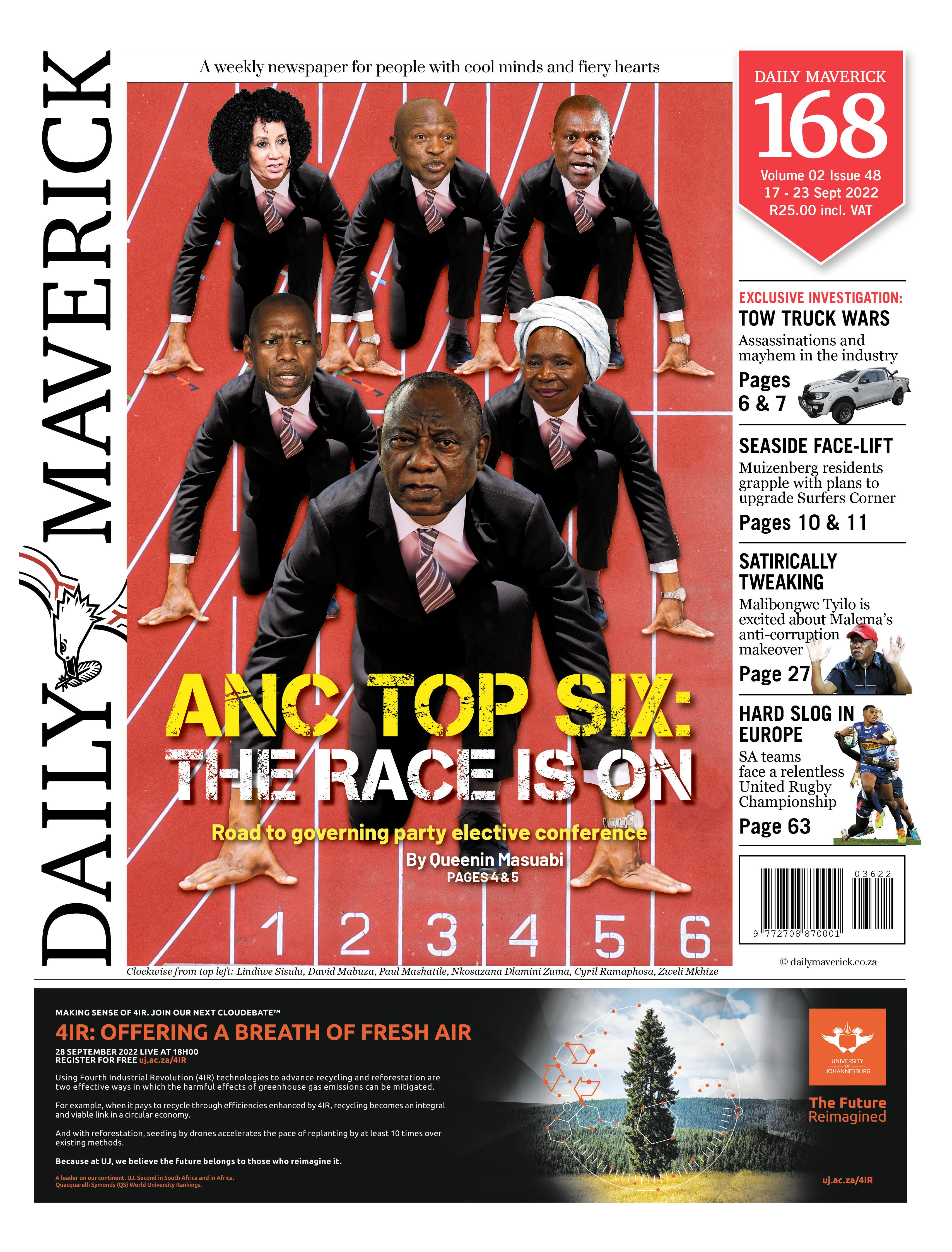