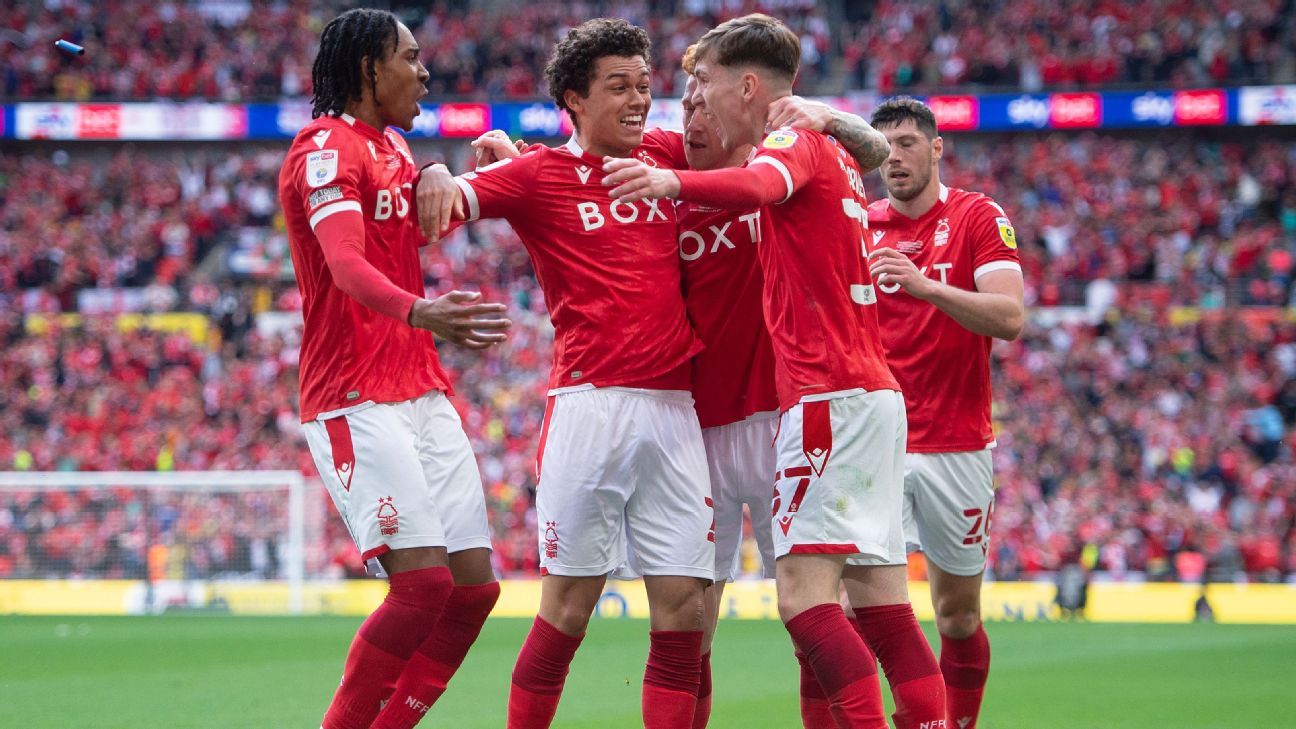 Nottingham Forest were promoted to the Premier League for the first time in 23 years with a 1-0 victory over Huddersfield Town in the Championship play-off final at Wembley on Sunday.

An own goal from Huddersfield defender Levi Colwill was enough for Forest to clinch the playoff final, dubbed ‘the richest game in football’ due to the price of a Premier League place, alongside deals from lucrative broadcast and cash prizes that come with it.

Forest broke the deadlock at the end of a tense first half as James Garner curled in a cross to midfielder Ryan Yates which Colwill turned into his own net.

Huddersfield pushed to equalize and were denied a penalty area in the 73rd minute when defender Harry Toffolo fell just inside in Forest’s penalty under Jack Colback’s outstretched leg.

The East Midlands side were at one time among England’s biggest clubs, winning back-to-back European Cups in 1979 and 1980 under British legend Brian Clough, as well as the English Premier League title in 1978.

“I’m so proud of the players, the staff, the fans,” said Forest defender Joe Worrall.

“We’ve been fantastic all season – we’ve been really unlucky not to come up automatically. We’ve played honestly and we’re playing football the right way.”

The East Midlands side had had a poor start to the league this season, sacking manager Chris Hughton when they were bottom of the league after taking just one point from their first seven games.

Forest then beat Sheffield United on penalties in the playoff semi-finals, putting them one game away from reaching England’s top flight. Sunday’s win means they will now join Bournemouth and Fulham in the Premier League next season, who have won automatic promotion from the Championship.

Forest struggled to exit the Championship and Cooper was the 14th manager they have appointed in 10 years since Billy Davies left in the summer of 2011.

“Everyone linked to the football club deserves today and we are really looking forward to a positive future,” Cooper said. “I love being at this football club, it has changed my life professionally.”