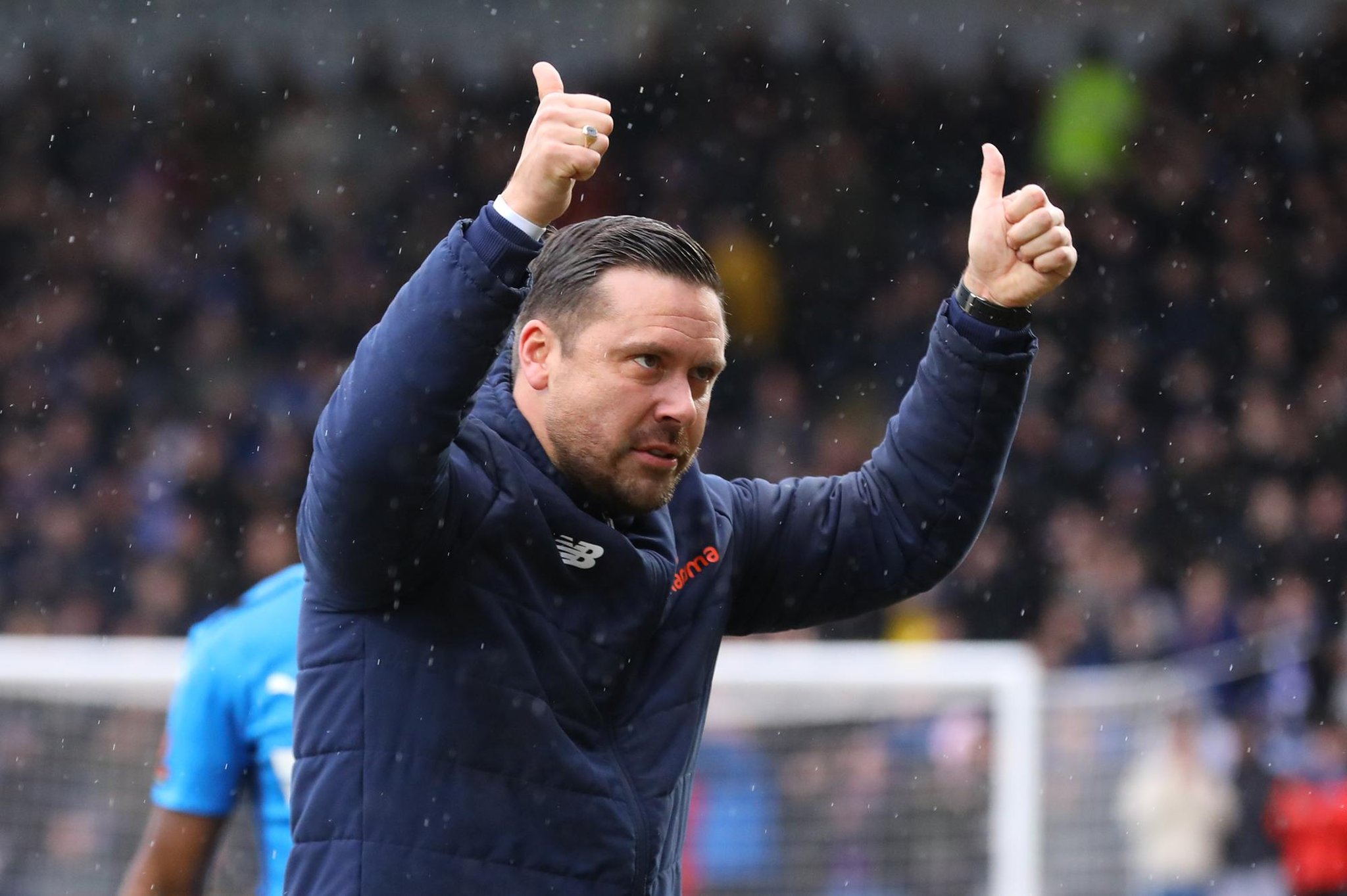 Webb, who was Chesterfield’s first-team coach under Rowe, guided Town to a second straight win on Saturday with a 2-1 win over Dagenham and Redbridge.

Two Kabongo Tshimanga penalties in each half saw the Blues come from within a goal to remain second in the National League.

Webb had a short stint as manager at Leyton Orient in 2017, would he fancy another chance at management?

“The most important thing is that I love this place, I love the city, I love the football club, which is a big statement after not being here for a year, but I think it means a lot for me and all the other staff to see the boys put in that kind of effort and keep us near the top of the table.

For now, Webb says his role remains “day to day.”

Asked to reflect on his time with Rowe, Webb said: “It was a successful period. I think whatever has happened at the club in terms of they have now issued a statement, and he is no longer with us it’s my role at this exact moment to make sure we tick the moment we don’t we will start losing football games whatever the club decides to do at the future, we want us to be in a good position in the last two months of the season for that final push.

He added: “I think everyone has seen the statement that’s been released. I guess it’s something that people are more certain of now as to what will or will not happen.

“It’s happened now and we have to keep going and going forward we have to make sure we stay on top of the league and make sure all those hard fought wins don’t get lost.”

On the overall performance, Webb said he was “thrilled” for the players.

He added: “Their attitude and effort was fantastic, they gave it their all.

“We got the three points at Eastleigh in a different way, but I thought today was a better performance and a more exciting home performance.

“The most important thing, in front of the fans, with the two weeks we’ve had, was just going to show them that we’re all in the same direction – we all want promotion.

“I thought the (Dagenham) goal was avoidable, but after that we didn’t crumble. We showed character and fair play to the fans as they showed no signs of excitement towards the players , which is much appreciated. The fans were fantastic today so a big thank you today.

“The boys were fantastic, especially in the second half, I thought we turned it on a bit with the way we played and managing the game at the end is something you have to do.”

Curtis Weston (ankle) and Laurence Maguire (Achilles) weren’t involved but their injuries weren’t serious and weren’t risky or more than anything else.