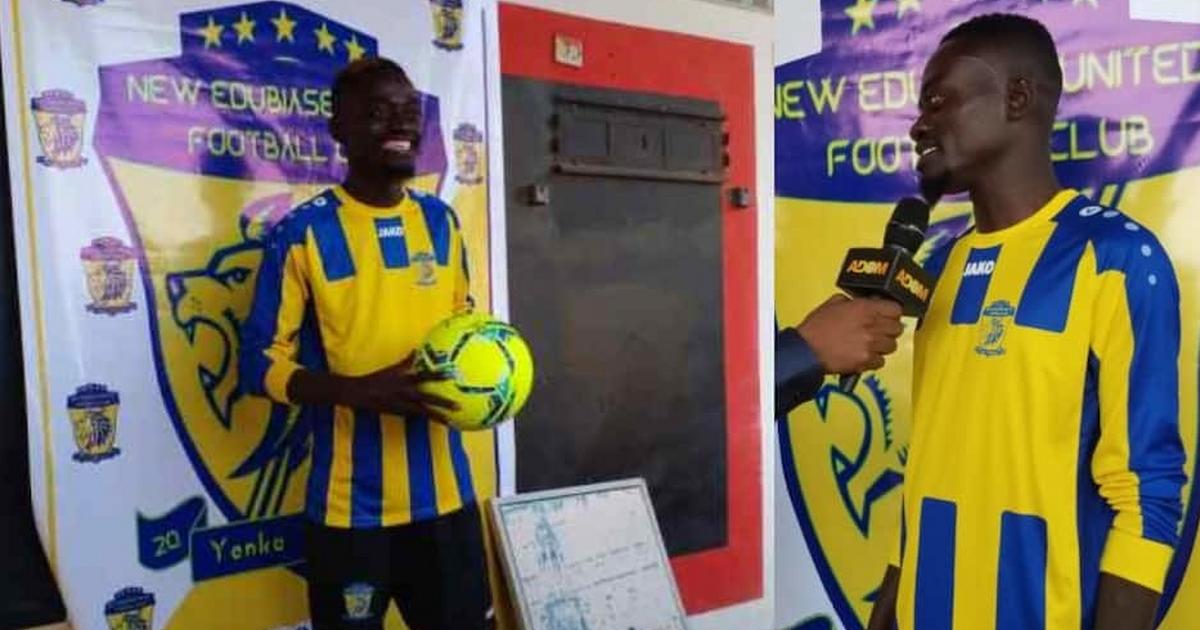 The famous actor started his professional football career at the age of 34 after joining Division One League club New Edubiase United.

Lil Win has signed a two-year deal with New Edubiase United who are seeking promotion to the 2023 Ghana Premier League.

He is also an ambassador for the Premier League promotion chasers. Kwadwo Nkansah was unveiled as one of six new players to join the squad on Friday, October 14, 2022.

The injured ‘Kumawood’ actor has only played four games since signing with the club. “I got injured in my last game so I came out with an injury, I only played 4 games”he told Andy Dosty.

The 33-year-old entertainer signed a two-year contract with the Division One side on Friday October 15, 2021.

Meanwhile, under the terms of the contract, Lil Win will serve as an ambassador and help promote the club’s brand and other activities.