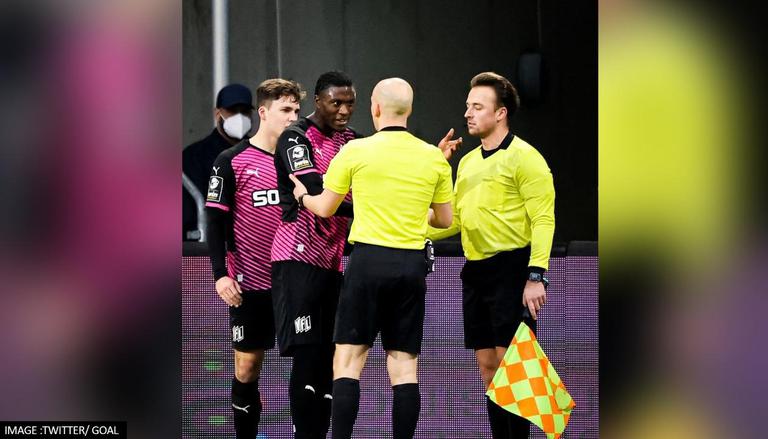 A professional German third division match between Duisburg and Osnabruck was abandoned 30 minutes after the start of the match after fans hurled racist slurs at a few players. Referee Nicolas Winter interrupted the match after hearing the racist abuse. Winger Aaron Opuku, on loan at the Hamburg club, appeared visibly upset as he left the pitch and was reportedly among the players to whom the insults were directed.

The incident was quickly condemned and Duisburg President Ingo Wald made a statement and insisted that even though the actions did not represent the largest football community in Germany, they still held the power to sabotage the game for the rest of them.

“It’s basically still a minority. However, this minority can destroy football. Every fan should argue that such a thing is not appropriate!” he told MagentaSport.

The fans also quickly offered their support and chanted anti-fascist songs “Schrei nach Liebe” and pf “Nazis out!” grew as fans hoped for a potential reboot after offenders were kicked off the ground. However, while initially Duisburg vs Osnabruck were scheduled to resume after discussions but after a very long wait of 15 minutes, it was announced that the match had been “abandoned” and the game would not restart.

â€œThe match is over after VfL OsnabrÃ¼ck are no longer able to compete. We fully understand this. A bitter afternoon for football. Duisburg tweeted.

OsnabrÃ¼ck’s official account tweeted: â€œThe game has been stopped. Opoku has been racially insulted. Incomprehensible. Aaron, we’re behind you!

Duisburg vs Osnabruck: we are all speechless, says Duisburg press officer

“VfL OsnabrÃ¼ck – this is more than understandable – cannot continue. The player is distraught and the whole team has had enough. And so are we, to be honest, after this incredible incident. We are all speechless. C ‘is shameful. Hopefully this is the last warning to all brainless people in this country and around the world to accept and respect people for who they are. ” Duisburg press secretary Martin Haltermann told German television station Magenta TV.

Speaking about the incident in his match report, referee Nicolas Winter said: “There was a corner kick for OsnabrÃ¼ck, then monkey noises in the stands. I could see how shocked the players were.”