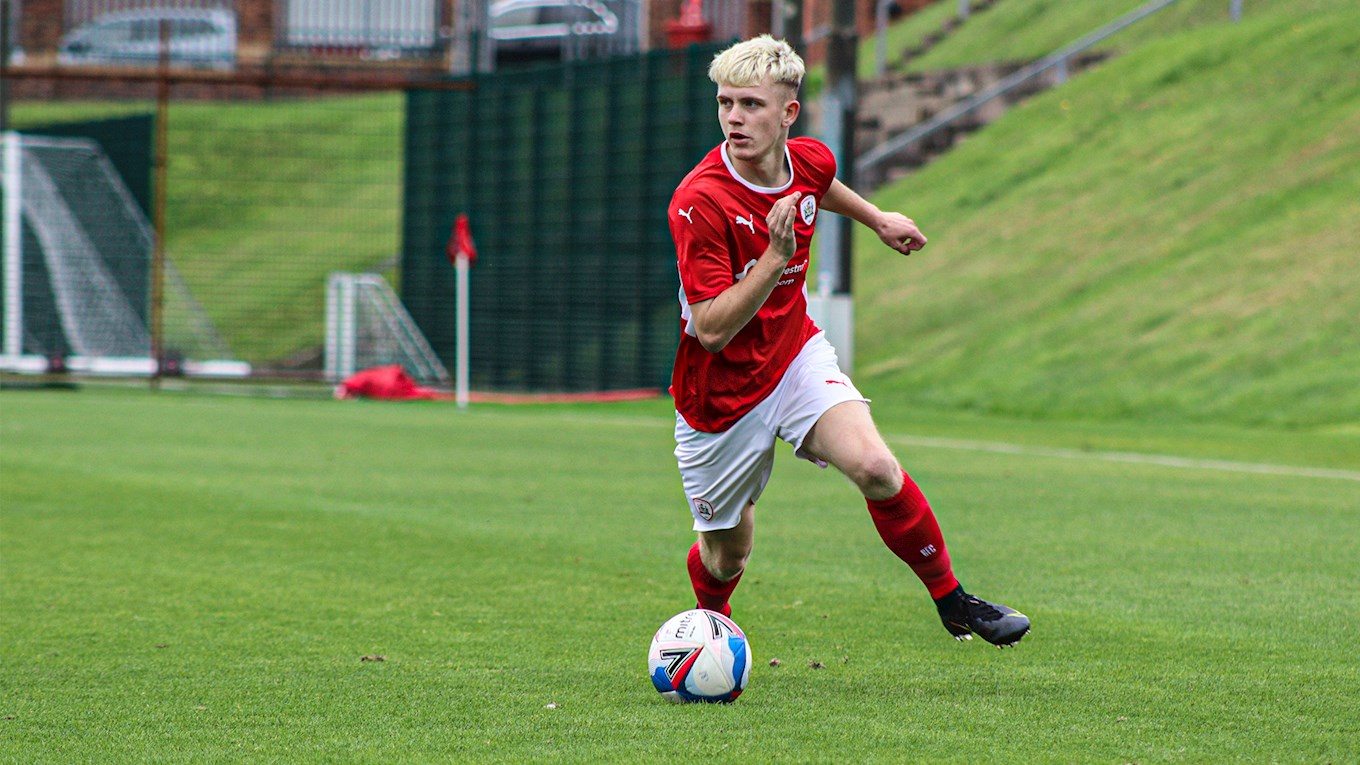 
After a magnificent season with our U18s, Hayden Pickard spoke of his pride as the young Reds reached the Professional Development League play-offs.

It’s the first time one of our academy teams have finished in the top two since the introduction of the Premier League’s Elite Player Performance Plan (EPPP) in 2011, and it wasn’t than the reward for many incredible performances throughout the campaign.

“It’s a bit mixed because in a way we broke the points record for the Under-18 team – we’re the first team to qualify for the play-offs and beat some really good teams.” , reflected our young full-back.

“But then the other way, the way we lost the play-offs, 2-0 with 10 minutes to play, and then Charlton obviously scored three goals in a short space of time.

“So it’s mixed; there have been good things, but there are also bad things.

“When we lost to Hull most of us thought it was done. But we dug deep and got two big results against Sheffield Wednesday and Charlton, and our spirits were high and we managed to pull through.

It was a productive term for Pickard, who recorded a good number of goal contributions among his dazzling performances for Tom Harban’s side.

Operating from left-back for much of the campaign, the youngster was influential as he surged down the flank and delivered cross after cross for his teammates to convert.

“I have a few goals and a lot of assists” Pickard smiled. “I think I’ve improved defensively, but there’s even more – you can always improve your game, and that’s what I have to keep doing.

“When I have grass in front of me, that’s when I’m at my best. If the ball is at my feet I can collect it and drive, then I’m one-on-one with the full-back and all I need is half a yard to send the ball over.

Still just 16 until August, Pickard is the youngest of our freshmen, but he’s been playing at this level for two years and certainly doesn’t look out of place.

He was our 20/21 Academy Player of the Season – a crown he recently presented to Fabio Jalo, whom he praised for his incredible prowess in front of goal.

“It’s amazing – he’s amazing too,” praised our youngster. “Although he’s small, I could stick one and he’ll run it.” It’s just nice to know he can score from anywhere.

“If I make a through pass and it’s a bit off, there’s an 80 per cent chance he’ll still get it – touching, hitting, behind the net.

“I think him and Josiah are a good mix because Fabio is someone who can run behind and Josiah is a big frame, 6’3, which makes my job a lot easier.”