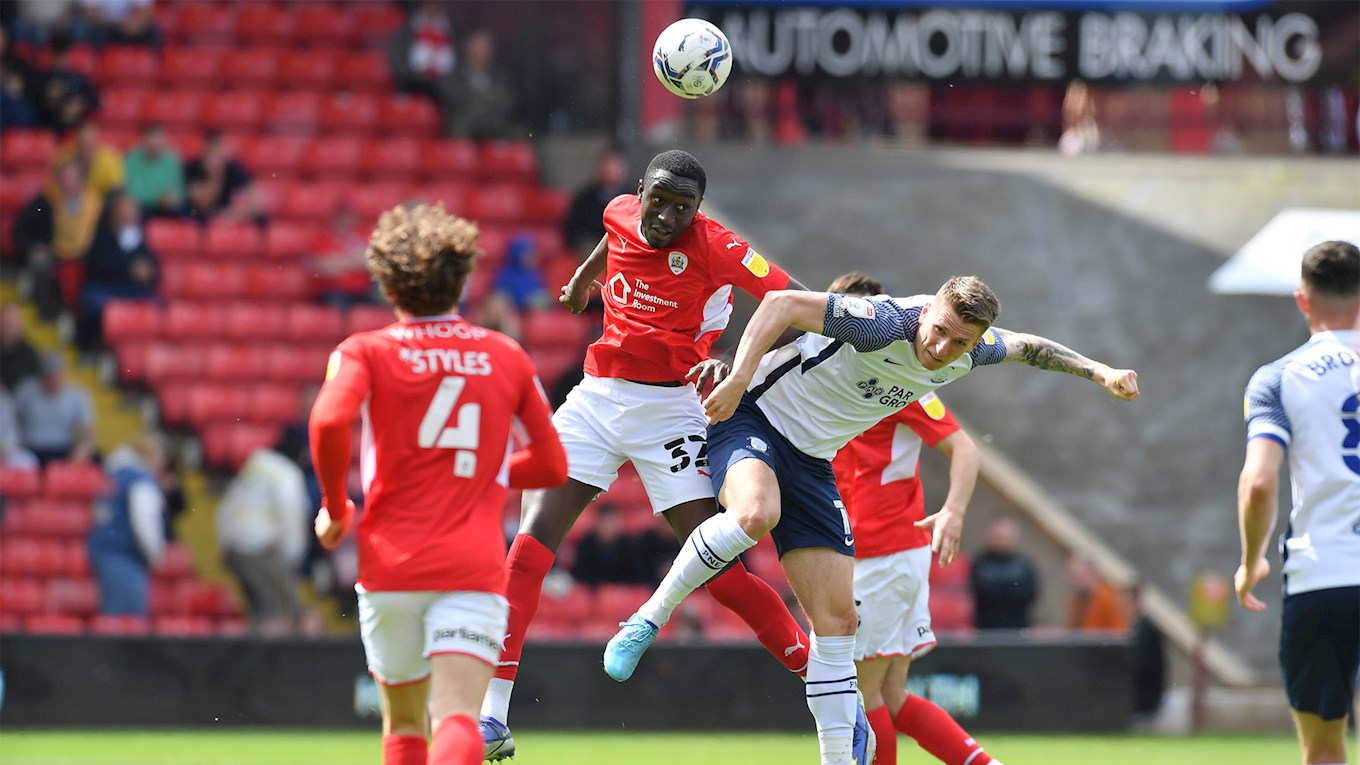 
Fresh off his professional debut against Preston North End at the weekend, Jason Sraha expressed his delight at breaking into the first team.

The 19-year-old, who has shone at academy level since joining from Arsenal in the summer, put in an assured performance in the heart of defence.

“It was a big moment in my career” he told iFollow Barnsley. “Going through the academy and making my league debut with the first team was a great experience that I will definitely remember.

“At the start of the season I probably would have thought I would have come off the bench or had a few minutes, but having a full start and a full game is not something I expected, so I am grateful.”

Although the Reds succumbed to a 3-1 defeat at Oakwell, Sraha’s efforts did not go unnoticed as he received our full-time man of the match award.

Humble as always, the centre-back believes there were other worthy candidates for the award but insists he was happy with his contribution.

“Thank you to the fans who voted for me” he was beaming. “I just want to keep working hard in training and hopefully get another opportunity.

“I didn’t really expect to get it. There was Marshy who scored as well and there were plenty of players who could have had him, so I’m delighted.

Before making his debut for the Reds, Sraha spent time on loan with Guiseley AFC in the Vanarama National League North, where he made 13 appearances.

He believes that this experience was beneficial and gave him a good foundation before joining our first team.

“It was a good spell; it brings out a different aspect of the game that I don’t think anyone under 23 would bring out to me – obviously, the physical side. continued Sraha.

“It’s much more competitive to play for points. You are obviously playing for points at Under-23 level, but the crowd is also supporting you, so it all comes into play, as the Championship is a good level and a good league.

Turriff companies will face off in a charity football match

Minium: If you want to see the Virginia Tech-ODU football game, you better buy season tickets