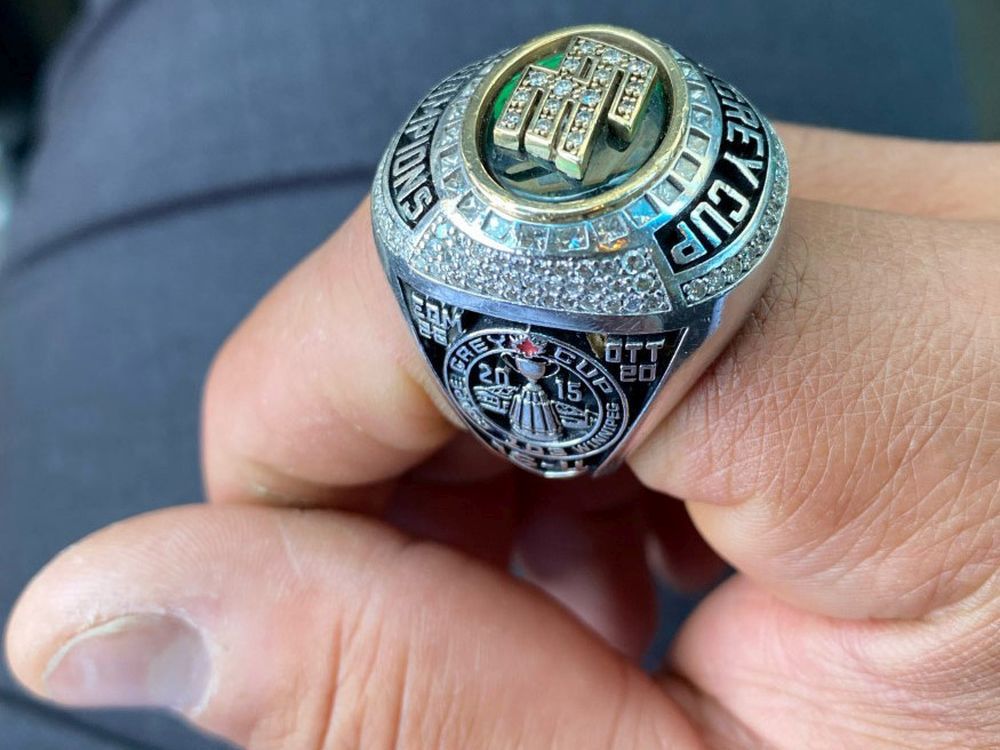 Eddie Steele’s hand shines again with the brilliance of a champion.

The former Edmonton football player‘s 2015 Gray Cup ring was stolen from his vehicle in the early hours of April 27.

Steele, a defensive tackle who also won the Vanier Cup with the University of Manitoba Bisons in 2007, was moving into his new home and had locked the ring in his glove compartment to keep it safe. safe.

“I’ve done many moves in the past and things got lost or misplaced between moves, so I thought I’d put it in the glove box, I knew exactly where it was,” Steele said. .

Steele said he wasn’t optimistic about getting the ring back, but he took to social media to ask Edmontonians for help in finding it – three weeks later he received a message on Twitter.

Steele opened a message Sunday morning from a man saying he had found his ring. Steele called the man and met him Sunday afternoon.

“Even talking to people around me, it’s quite shocking that he’s been recovered… I thought it was gone and I was at peace with it to be honest, but it’s a surreal feeling the there are still good people out there.”

Steele said the man paid around $60 to get the ring back, but would not accept any payment from Steele. Instead, the man asked Steele to come barbecue with some inner-city kids.

“I said, ‘It’s easy, I can do it,’ and I’m going to get the kids tickets to some games this year,” Steele said. On top of that, Steele said he has some “potential ideas” that could lead to a good relationship between the Edmonton Elks Football Club and inner-city youth.

Sign up to receive daily headlines from the Edmonton Journal, a division of Postmedia Network Inc.

Thank you for your registration!

A welcome email is on its way. If you don’t see it, please check your spam folder.

The next issue of Edmonton Journal Headline News will soon be in your inbox.

We encountered a problem during your registration. Try Again